I have written several times about bluegrass stars Dailey and Vincent. The first time Ray and I heard them was at our local football field. Later we heard them at the high school gym. Mother was with us at that concert. 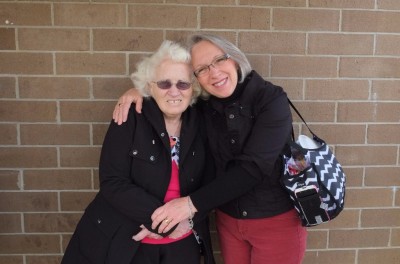 Jamie Dailey grew up here in Gainesboro, Tennessee, and is devoted to helping his hometown. On October 8 and 9, Dailey and Vincent were the musical hosts of a music festival here. Ray’s and my schedule only allowed us to be there on Friday, but we enjoyed it very much. We got to hear Jake Hoot (a singer from the next county over from ours who was a champion on The Voice in 2019), Dailey and Vincent, and the legendary Oak Ridge Boys. 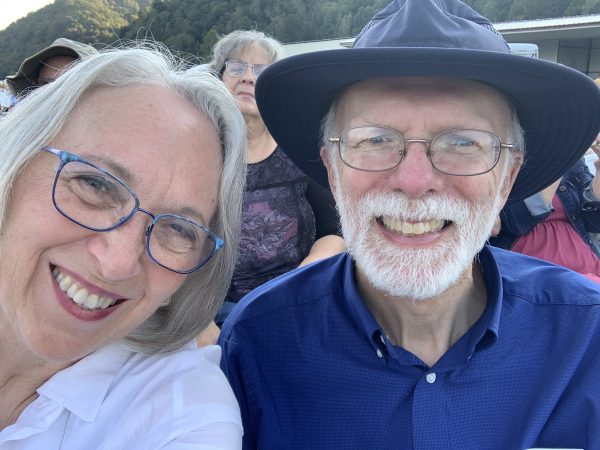 Through our membership in the local chamber of commerce, we had listened in on the beginning planning stages of this festival and were thrilled, not only with the music, but with the fabulous way that many people worked together to welcome 2,000 people on Friday afternoon and evening and 1,700 on Saturday. That’s quite a feat for our little town of 1,000 people. I was deeply impressed with our rescue squad, police department, sheriff’s department, the Tennessee Highway Patrol, emergency medical personnel, and every person who was involved in the planning and execution. What I heard through the grapevine was that there was not a single serious incident during the festival. Plans are already underway for our second annual music festival in 2022. 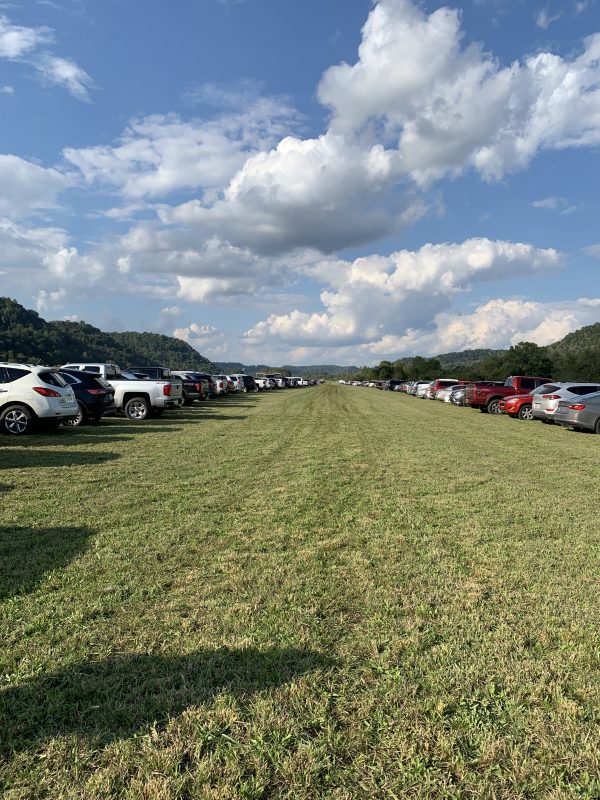 The festival took place outdoors at our local airport which is located on bottom land, known locally as Big Bottom, beside the Cumberland River. Tennessee hills were a beautiful backdrop for the stage. God gave us perfect weather with a beautiful hot October afternoon . . .

The sunset that separated the afternoon from the evening was beautiful, too. 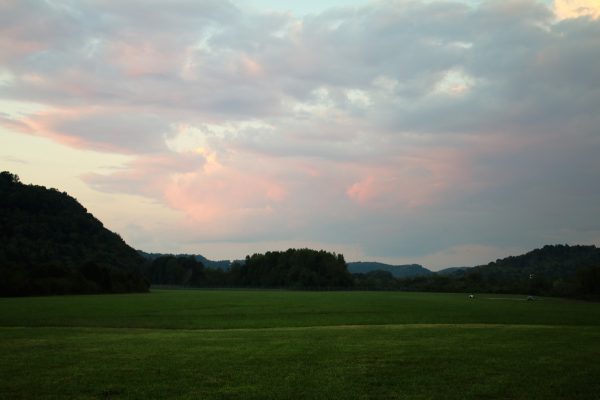 During the Dailey and Vincent segment, Jamie noticed a couple who were his childhood neighbors and acknowledged them from the stage. This couple is part of our church. At church last night, I mentioned what he said about them. She told me about his babysitting their children and about his going on vacation with their family. She remembered how he sat at their kitchen table several years ago and talked about his future. At the time, he was working at a factory in a nearby town. He told them that the factory work wasn’t for him and that college wasn’t for him. Then he told them that he thought he wanted to do music.

He quit his job at the factory and followed his dream. He made the right decision. Both Jamie Dailey and Darrin Vincent have won five individual Grammy awards. They are members of the Grand Ole Opry. Their band has been nominated for three Grammy awards and has also won 35 awards from the International Bluegrass Music Association.

Jamie worshipped at our church when he was growing up. One time a retired schoolteacher in our church told me that Jamie had always been a “sweet little boy” and that he always will be. A school administrator in our church once told me that she drove to New York to hear Dailey and Vincent at Carnegie Hall.

I have also written to you about our dear friend 97-year-old Miss Katherine. She taught Jamie in high school. About five years ago, she told me how foolish she thought Jamie was when he quit his good job at the factory to play bluegrass full-time. She readily admitted that he made the right decision.

I’ve never heard Dailey and Vincent without being deeply blessed by the gospel songs they sing as part of their repertoire. I was moved to tears on that Friday evening. I’m thankful that Jamie walked the brave path, rather than the safe one.

You may have a child or children who need to walk a brave path, rather than a safe one. You are being a good example of that yourself by choosing to homeschool. I encourage you to help your children use the talents God gave them while following Him with all their hearts.

And do not be conformed to this world,
but be transformed by the renewing of your mind,
so that you may prove what the will of God is,
that which is good and acceptable and perfect.
Romans 12:2 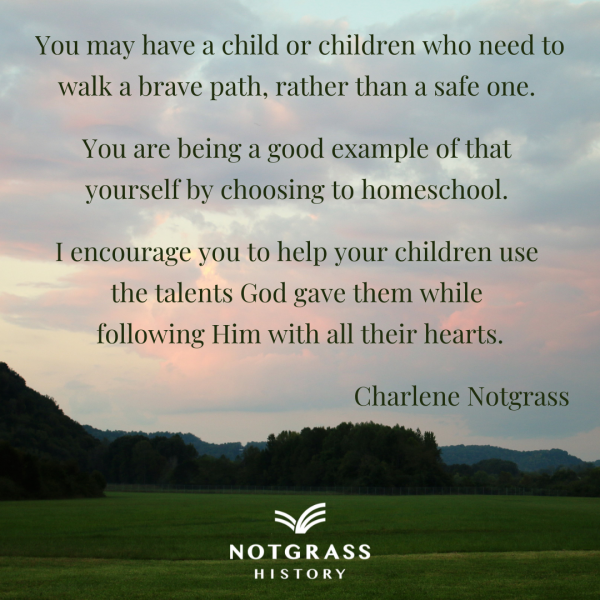