I’d like to say a big thank you to all who were able to join us yesterday for Laura Ingalls Wilder’s 155th birthday party. It was so much fun. I felt sorry for John because some minor congestion hit him just as the program began, but he persevered and, if you don’t mind a mama saying so, did an outstanding job. I saw some of you in the chat box and wanted to say hello, but the comments were coming so quickly that I couldn’t keep up. I really appreciate your coming. We are continuing to celebrate Laura today by rereleasing a video we made about the Ingalls’ little house in the big woods near Pepin, Wisconsin. You can watch that video here. 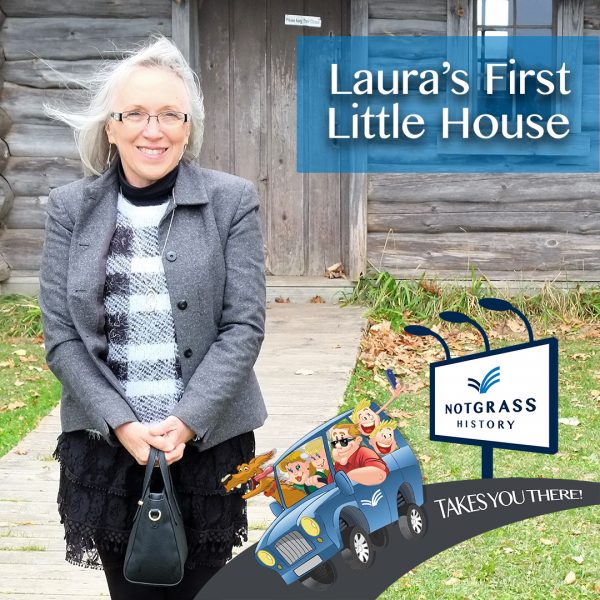 Today I’d like to tell you about something Laura had in common with another famous author who was also born in 1867. Ten months after Laura Ingalls was born in a log cabin in the big woods of Wisconsin, Amy Carmichael was born into a wealthy family in the seaside village of Millisle in County Down in Northern Ireland.

Laura, the farmer’s daughter, became a farmer’s wife in 1885 when she married Almanzo Wilder at age eighteen. Very near the time that Laura married Almanzo, Amy Carmichael’s father died. She moved to England with her mother a few years later. In her mid-twenties, Amy became a missionary, first in Japan and then in Ceylon. In 1895 Amy moved to India. There she served Christ for the rest of her life. Amy Carmichael died in India in 1951. Laura Ingalls Wilder died six years later in the house she and Almanzo built together on their farm in Missouri.

Laura Ingalls Wilder and Amy Carmichael spent their adult days in very different ways, but both became authors whose books have blessed people around the world. Both Laura and Amy spent their earliest years being homeschooled by their mothers. Caroline Ingalls and Catherine Carmichael had deep Christian faith which they passed on to their little girls. Neither Caroline nor Catherine knew what God would do with their faithful service. You don’t know what God will do with yours either, but He does.

Paul wrote this to Timothy:

For I am mindful of the sincere faith within you,
which first dwelt in your grandmother Lois and your mother Eunice,
and I am sure that it is in you as well.
2 Timothy 1:5 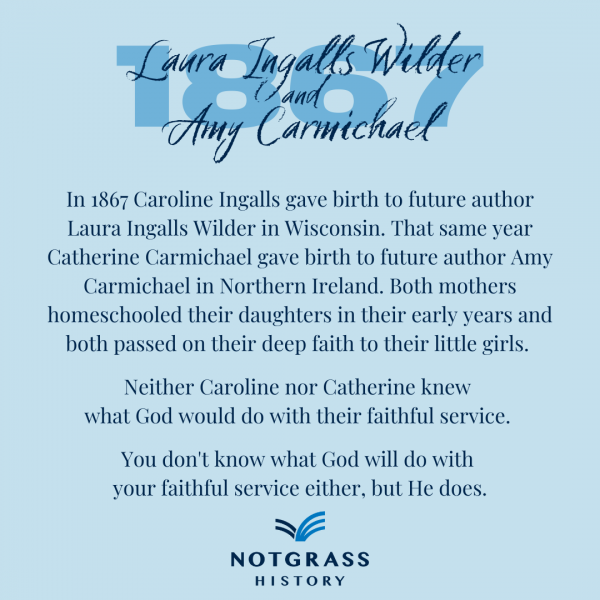