On a recent Sunday morning, our Bible class discussed God blessing us in ways we didn’t even know about. How many times have we had a near-miss on a highway and thought, “Whew! That was close!” We also talked about times He has blessed us and we did realize it.

Cindy told us that, after her heart attack, medical staff at the hospital told her that most people die after having the type of heart attack she had. I told the class about the time two decades ago when my hemoglobin got so low, my doctor had me wheeled from his office to the hospital next door where he arranged for me to receive four pints of blood. The only reason I was at his office that day was because he had asked me how I was doing at church the night before and told me to come in the next day.

On Monday I told you about Congressman Tip O’Neill and President Reagan reciting the 23rd Psalm together after Reagan was almost assassinated. Below are photos taken during and just after his hospital stay.

President and Mrs. Reagan, four days after the president was shot. 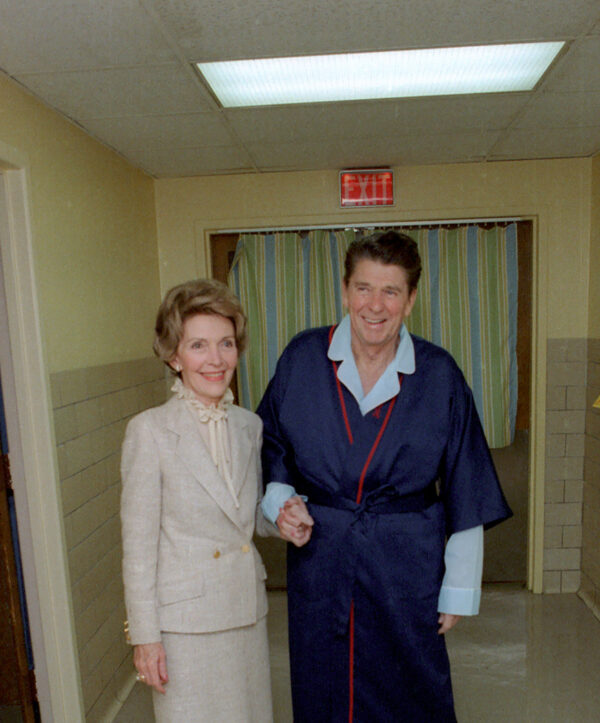 Vice President George H. W. Bush and all of the White House staff send get well wishes to the president. 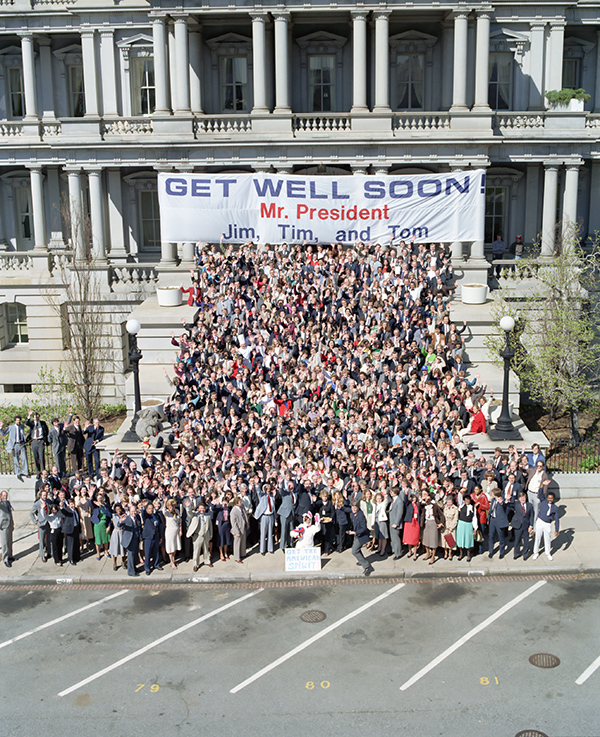 The president leaves the hospital, accompanied by his wife, Nancy, and his daughter, Patty Davis. 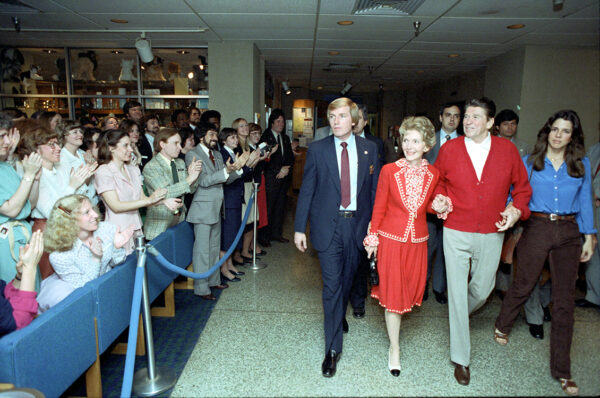 Reagan attends his first cabinet meeting after the assassination attempt.

President Reagan said that he had a heightened sense of mission after his near-death experience. He believed that God had saved him, so he had a greater responsibility. He wrote this in his diary:

Whatever happens now, I owe my life to God and will try to serve him in every way I can.

That is exactly how we want our children to live every day—serving Him in every way they can. What a powerful reason to teach them at home.

Whatever you do, do your work heartily,
as for the Lord rather than for men,
knowing that from the Lord
you will receive the reward of the inheritance.
It is the Lord Christ whom you serve.
Colossians 3:23-24