Yesterday I wrote about a singer/musician who took the brave path rather than a safe one. Today I am excited to tell you about an artist who did that, too. When I was in high school, I was very close to my friend Judy. Mike was one of our mutual friends. Mike and Judy’s friendship blossomed into their being high school sweethearts. I was her maid of honor in 1973, and she was mine in 1974. Not long after Mike graduated from the University of Tennessee, he and Judy moved to New York State where he began his long career as an engineer with Corning Glass; and there they have remained.

While we were in high school, I also became acquainted with Mike’s little sister Lori who is nine years younger. For some time, Judy has been telling me about Lori’s successful career as an artist. After high school, Lori began working in the office of one of the many publishing companies in Nashville, Tennessee. While there, she began to do occasional graphic design work for them. Her self-taught talents in graphic design grew. By the time Lori was in her mid-30s, she was operating her own successful graphic design company.

However, deep in her soul, Lori Putnam longed to be a painter. She gave up her company and pursued her dream. That was over two decades ago.

A few months ago, Judy told me that Lori would be having an exhibition at a Nashville art gallery this October. I went to her website a couple of weeks ago to learn more. I signed up for her email newsletter. When I got the first one, I responded with an email. I told Lori my maiden name, told her of my close relationship with her brother and sister-in-law, complimented her work which is exquisite, and told her that I planned to attend her exhibition.

Of course I remember you. Thanks so much for emailing and thank you for your kind words!! I’m thrilled you are going to see the show. It would be great to see you.

It was nice to be remembered after all these years. From that time until now, the story for me has gotten sweeter and sweeter. Mike and Judy decided to drive down from New York and surprise Lori at the opening of her exhibition this past Saturday night. Not only would I get to attend the opening but I’d get to spend time with Mike and Judy—and see Lori be surprised.

On Friday I called the gallery to reserve seats for Mike, Judy, Ray, and me to hear Lori’s artist comments at 7:00 p.m. The gallery director complimented Lori to me. She said that the gallery has had a long relationship with her. She said that most artists reach a plateau but that Lori continues to improve. She said that her work is museum quality.

Ray and I met Mike and Judy at a restaurant a couple of hours before the exhibition opened and had a great reunion. We drove to LeQuire Gallery and visited in the car while we waited for the doors to open at 6. The four of us were in the gallery, marveling at the 24 paintings Lori had created over the last two years, when she came in. When Lori saw Mike and Judy, she hugged Judy tightly and cried tears of joy. Then she hugged Mike and cried tears of joy again.

Now you are about to see the first photo I have shown you in a mask. Masks were required at the exhibition. Here are Lori and I in front of one of my favorites, Big Red. I have thought of this painting again and again since I first saw it on Saturday night. 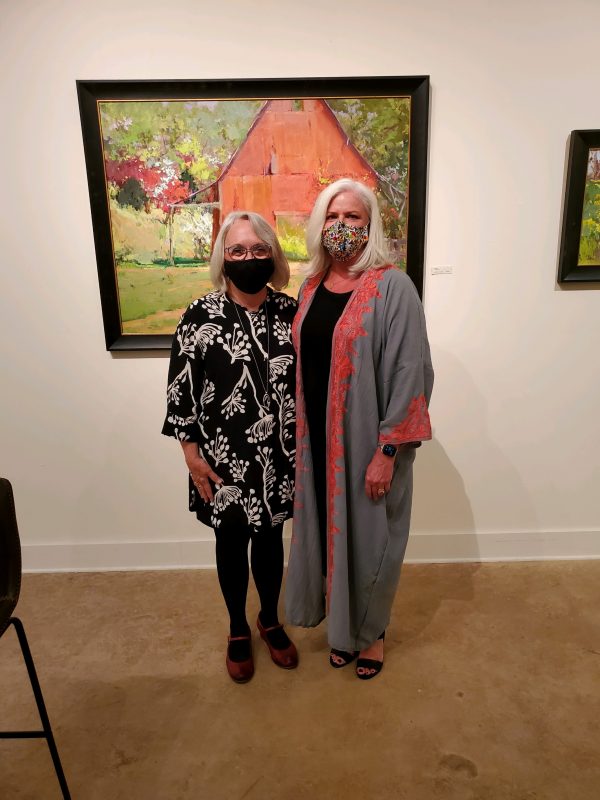 One of the reasons that the evening was so special to Ray and me is that the exhibition theme was Close to Home. The theme was special to Lori, too. She has painted in 20 countries and led many artist workshops in various locations. She has won many prestigious awards. Two years ago she decided to stay at home to create 24 paintings close to home in Tennessee. The timing turned out to be perfect since the pandemic would have kept her at home anyway. The experience revived many precious childhood memories.

During her exhibition lecture, Lori told us details about the location of and process of creating several of the paintings. During the question and answer time, one man asked her about her workday. She said that she is usually at her computer by around 6-6:30 a.m., dealing with emails and other aspects of the business of being an artist. When the light is right, she begins to paint and continues painting until 7 p.m. or so. She then returns to her computer to complete more of the business side of things.

At one point, Lori talked about the reason she paints. She told about her decision to give up her business and become a painter. She spoke of her fear of telling Mike, her engineer, one-career-for-a-lifetime older brother. She remembered one lone tear coming down his face and how much that meant to her.

As I stood in the gallery and saw beautiful Lori and her beautiful work, I thought about God creating Lori in His image. How beautiful it was to see what she is able to do because He did.

So God created man in His own image,
in the image of God He created him;
male and female He created them.
Genesis 1:27 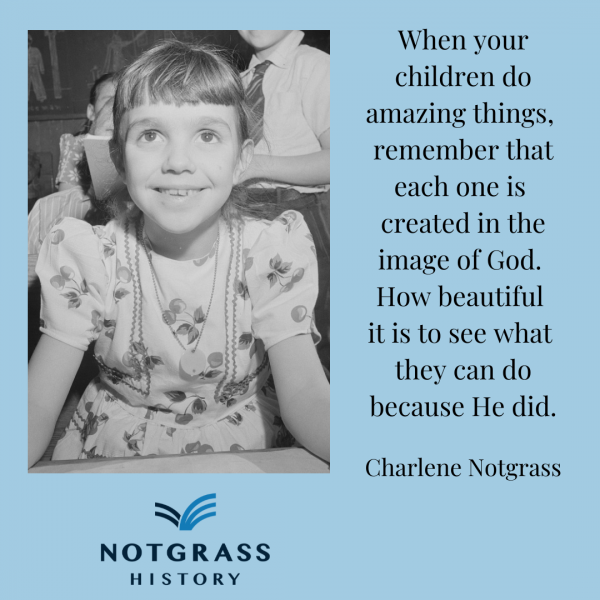