Today I wrap up the stories of our July travels in the deep South. Early on a Friday morning we left, Mobile, Alabama, where we had visited the night before with Keith Currie, who sang in our wedding, and with his wife. Our destination was Montgomery, home of two of our dearest friends from our days in Oxford. We joined them for supper that evening, after spending the day exploring the strikingly-contrasting and painful history of Alabama’s state capital, viewing sites from the Confederacy and from the Civil Rights Movement, all within a few blocks of the Alabama State Capitol.

Our first stop was the Capitol with its flags of all fifty states . . . 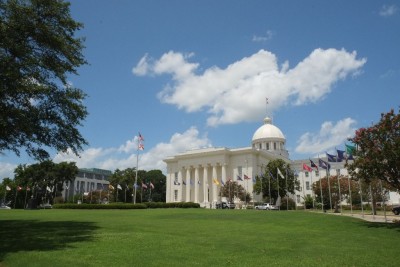 . . . and stone markers donated by each of those states at the base of its flagpole. Here are the markers from Tennessee and Wyoming. 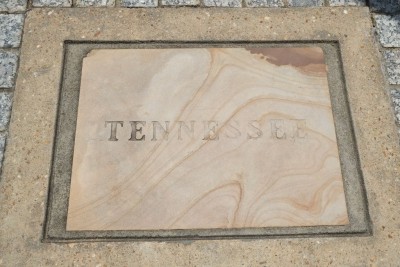 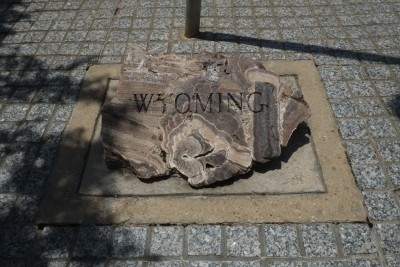 Our guide showed us the beautiful dome . . . 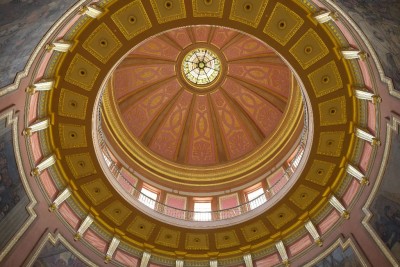 . . . and these wonderfully engineered staircases, designed by a former slave. 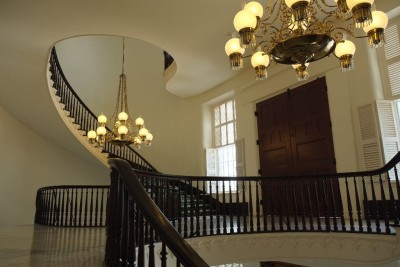 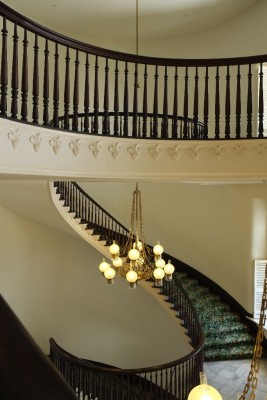 She also introduced us to major events in the history of Alabama and of the United States, which took place in the Capitol and in other places in Montgomery. The shield near the center of this room commemorates the founding of the Confederacy, prior to the Civil War. 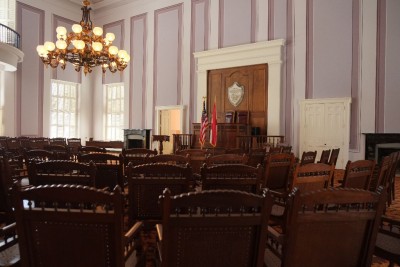 This carpet is a replacement of the carpet that once lay in the Capitol. The original carpet was removed and cut into pieces to make blankets for Confederate soldiers. 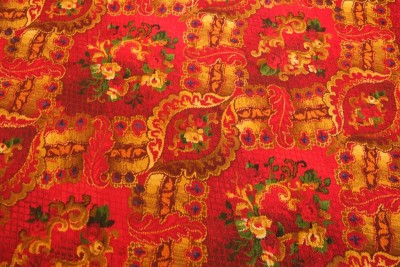 On the steps of the Capitol is this brass star, marking the spot where Jefferson Davis was sworn in as president of the Confederacy. He left his seat as a United States Senator to assume this position. 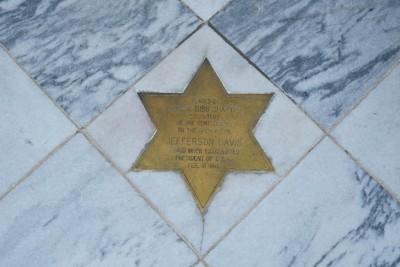 From the porch, our guide pointed out to us other historic places near the Capitol. Two are significant in the history of the Civil War. 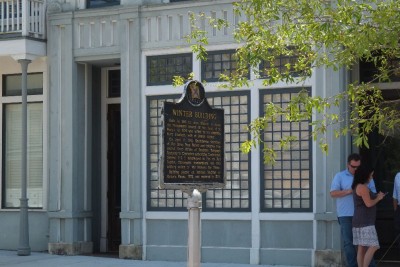 Outside the Capitol is this monument commemorating the Confederacy. 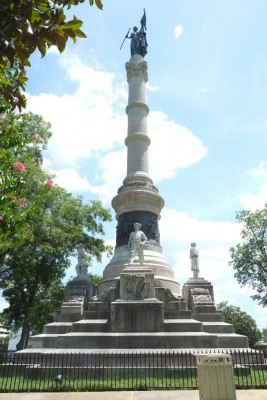 Jefferson Davis laid its cornerstone in 1886. 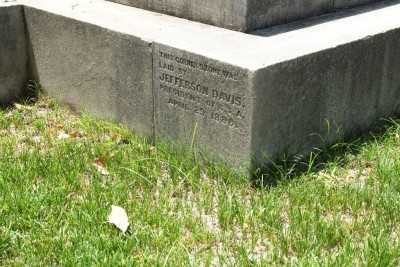 The home where Davis lived during his first months in office has been relocated to a lot across the street from the Capitol. 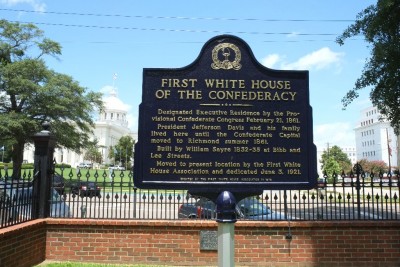 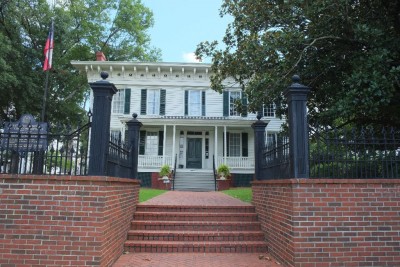 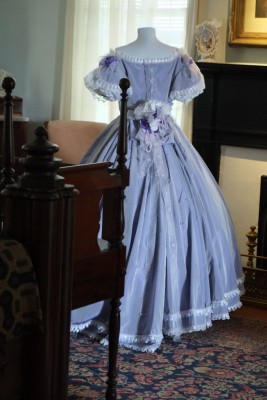 Most of the other sites that our Capitol guide pointed out to us from the steps of the Capitol were related to the Civil Rights Movement in Montgomery in the 1950s and 1960s.

In 1953, at this location about four blocks down the street in front of the Alabama state Capitol, Rosa Parks refused to give up her bus seat to a white man, thus beginning the Montgomery Bus Boycott. 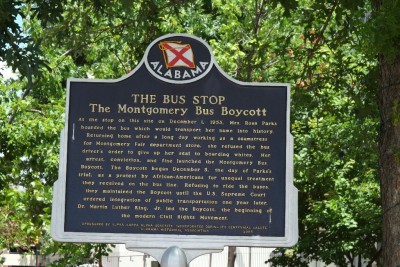 This is a view from the State Capitol of what was then called Dexter Avenue Baptist Church. Here its young minister, Martin Luther King, Jr., directed the participants in the bus boycott. 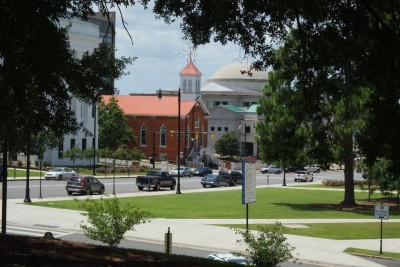 Ray and I took a tour of what is now named Dexter Avenue King Memorial Baptist Church. 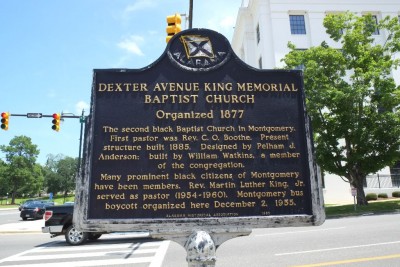 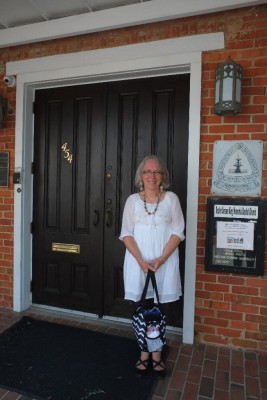 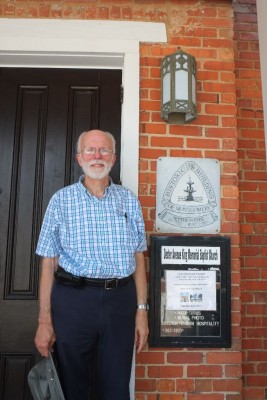 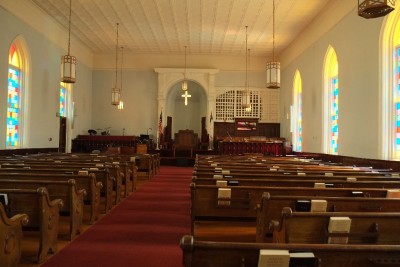 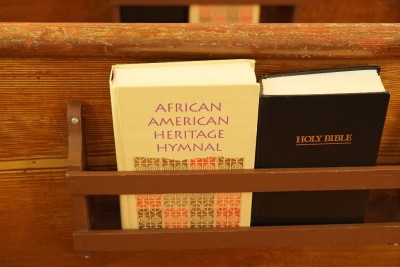 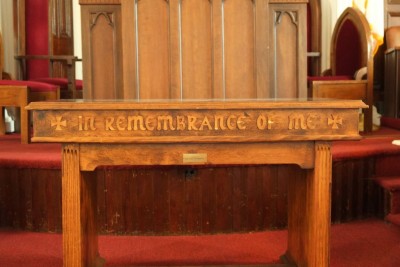 These footprints that span the street in front of the church commemorate the Selma to Montgomery March in 1965. 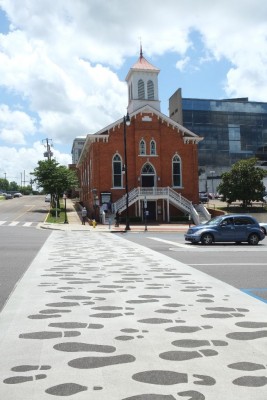 Near the church was this sign honoring Fred David Gray, the attorney who represented Rosa Parks, and many, many other people whose civil rights had been violated. At 86 years old, he currently serves as an elder at Tuskeegee Church of Christ in Tuskeegee, Alabama. 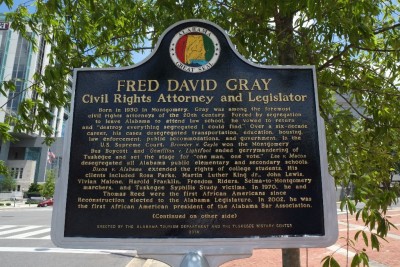 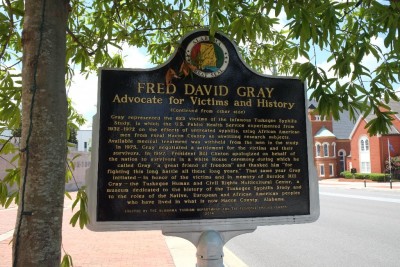 One location on the Capitol grounds was not directly related to either the Confederacy or the Civil Rights Movement. This tree grew from a seed taken to the moon in 1971. 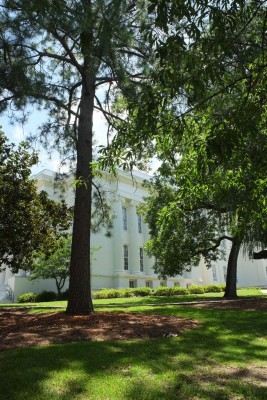 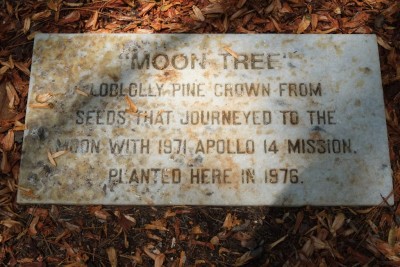 . . . and He made from one man
every nation of mankind
to live on all the face of the earth,
having determined their appointed times
and the boundaries of their habitation . . .
Acts 17:28