However, Ray and I enjoy attending live performances of many kinds, especially music. When we do, I think again how very special they are. We recently attended a Dailey and Vincent concert at the Ryman Auditorium. 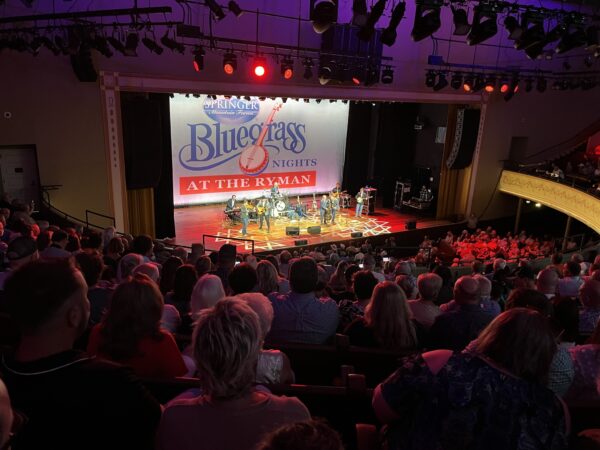 We had seen the outside of this wonderful historic building earlier in the day . . . 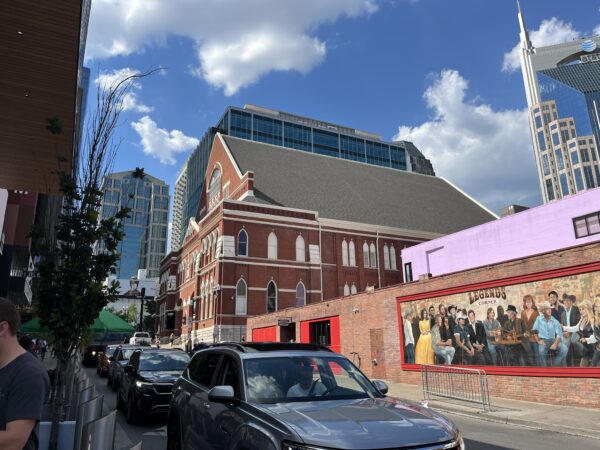 . . . and it was wonderful to be inside that grand building again and to think about its long and varied history. When Nashville businessman Captain Tom Ryman experienced a dramatic conversion at a tent revival on May 10, 1885, he decided to build a large church. The Union Gospel Tabernacle opened seven years later. The preacher that night was Sam Jones, the same preacher who had preached at that tent revival. Ryman died in 1904. At Ryman’s funeral on Christmas Day, Jones suggested that the name of the building be changed to honor Captain Ryman. Though the building is most famous for being the site of the Grand Ole Opry for several decades and many country music legends such as Roy Acuff and Minnie Pearl performed there, . . . 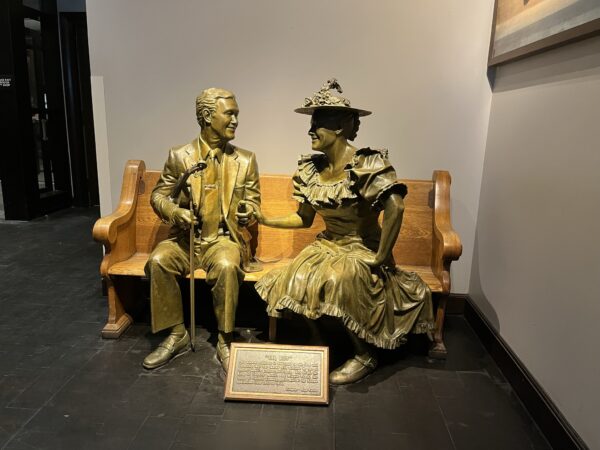 . . . many other famous people have also performed or spoken at the Ryman Auditorium. As we walked into the building the other night, I was excited to see photos of two women whose biographies I had featured in America the Beautiful. Eleanor Roosevelt spoke at the Ryman twice. 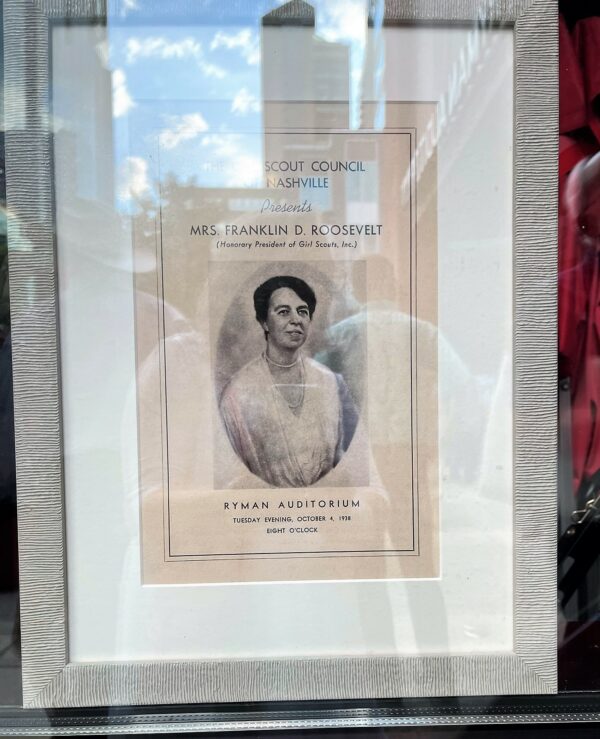 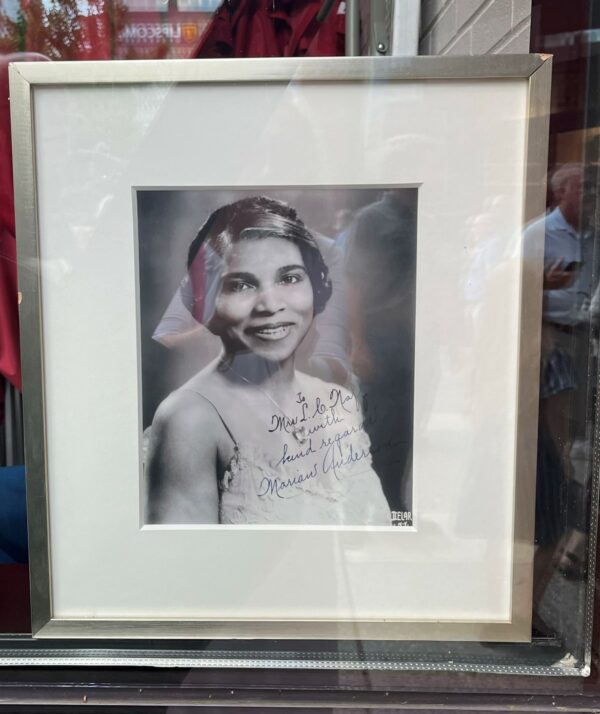 The live performance we saw at the Ryman was especially special because we experienced it with our daughter Bethany and her family. Her family had never heard this wonderful bluegrass group before, so Ray and I were excited about sharing it with them. To our delight, each member of their family loved it.

As our son-in-law said, it’s good to see people using their talents well. It’s also good to enjoy the results of hard work over a long period of time. Our son, John, researched for many months before he was ready to share Laura’s stories and songs for the first time two years ago. In their concert on July 14, the many years that Dailey and Vincent have performed together were evident. That performance was the 15th anniversary of the first time they sang together onstage at the Ryman.

One reason we are fans of this group is that we have gotten to watch their career grow during most of the time we have lived in Gainesboro. The first times we saw them were at the local high school football field and the local high school gym, quite humble venues in comparison to the Ryman Auditorium. I love to remember that one of the first times we bought tickets to one of their concerts, Jamie Dailey’s father personally delivered them to our house.

One thing I appreciate about this duo is the way they honor God through their gospel songs and also the way they honor people. Darrin Vincent told the audience that his mother had come 600 miles to be at the concert and he asked her to stand. Then he sang a song especially for her. He wiped his eyes as he sang and when it was finished, he said, “I love you, Mama.”

As is customary, Dailey and Vincent honored each of the members of the band by introducing them. They were especially kind to the banjo player, a 20-year old who was performing with them for the first time. They heaped praise on him and encouraged the audience to do the same.

The Opry Square Dancers made a surprise performance during the concert, dancing to two songs. I didn’t notice until I saw my phone snapshot on my large computer screen that the band was watching them while they danced, just as we in the audience were. What an honoring thing to do, I thought.

Homeschooling gives you the opportunity to encourage your children as they become more and more proficient at using their talents—whether those talents are performing music or writing stories or baking cookies or encouraging people who are sad. You have the opportunity to give your children time in their schedules to develop their gifts. You can encourage them to work hard and to reach for worthwhile goals.

And, as we discussed yesterday, you get to live real life and have real experiences with your very own precious children.

Whatever you do in word or deed,
do everything in the name of the Lord Jesus,
giving thanks through Him to God the Father.
Colossians 3:17