Last night Ray and I went to our younger daughter’s house to watch the episode of “It’s Your Business” that I mentioned a couple of weeks ago. Ray and I are very grateful to our friend Michael Aikens for interviewing us. It was very exciting to watch it live with our family on our local PBS station. If you would like to watch the show, you can watch it here. Our interview is during the second half of the show and lasts about 15 minutes. 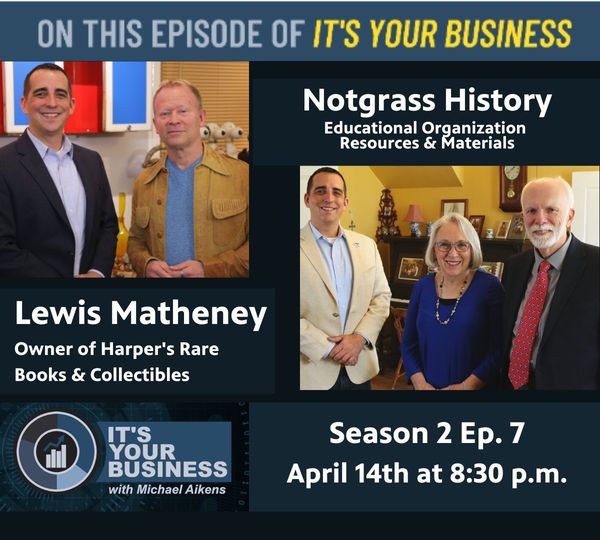 Today’s post is the third in a series addressing a list of great questions from a homeschooling mama who wanted to know the political perspective of our American history for students in middle school and junior high. In particular, she wanted to know what I say about Columbus, if I mention Leif Erickson, what I say about indigenous people, who I say is the primary discoverer of America, and if the curriculum is a balanced and fair representation. Below are excerpts from America the Beautiful concerning the first known European explorers who came to America.

The Atlantic Ocean touches four continents: Europe and Africa on the east and North America and South America on the west. In the 400s BC, Greek historian Herodotus wrote about the Sea of Atlas. Atlas was a figure in Greek mythology. Sea of Atlas is the origin of the name Atlantic Ocean. The people of Spain called it El Océano Marino, which means “the Ocean Sea” in English. The Croatoan Nation, who lived along the Atlantic coast in what would later become North Carolina and South Carolina, called it Yapam.

The Croatoan, Wampanoag, and other coastal peoples of North America looked east and saw the sun rise over the Atlantic. English, French, Irish, Spanish, Portuguese, and other coastal Europeans looked west and saw the sun set over the same ocean. Did the native nations in North America wonder what was beyond the horizon? They had canoes, but as far as we know, they never tried to sail east and find out. We know that some Europeans did look west and wonder. Finally, courageous men set sail into the unknown. People of North America and explorers from Europe met one another.

Leif Erikson and the Vikings

Between 800 and 1100 AD, Vikings built ships and traveled great distances to trade, explore, and conquer. They sailed to Russia, England, Ireland, France, Spain, the Middle East, and North Africa. The Vikings were a Nordic people from Scandinavia. By the mid-800s, Viking explorers had discovered Iceland. From there, they sailed further west. Many Europeans whom they conquered were believers in Jesus Christ; but the Vikings were not. A good result of the Vikings’ exploits was that after coming into contact with these believers, many Vikings also came to believe.

In 985 the Viking Erik the Red of Iceland sailed westward to Greenland. He settled there with his family. According to the Icelandic Saga of Erik the Red, Erik’s son, Leif Erikson, traveled from Greenland to Norway shortly before 1000. In Norway King Olaf I taught Erikson about Jesus. The king sent him back to Greenland to teach the Greenlanders.

Erikson sailed toward Greenland but lost his way. He found a place with wild wheat, grapes, and a kind of tree that was probably a maple tree. Erikson named the land Vinland. Many people believe that Vinland was on the eastern coast of North America. Another Icelandic saga tells that Leif Erikson and his crew built dwellings and stayed in Vinland for a year or two.

After Erikson left Vinland, he rescued a ship. The ship’s cargo was his reward. After that, people called him Leif the Lucky. Erikson finally reached Greenland and taught the people about Jesus. One person who became a believer was his mother, Thjódhild. She guided the construction of the first church building in Greenland.

Christopher Columbus learned the weaving trade from his father. As a teenager, he also began to sail. Sometime after his 20th birthday, Columbus left Genoa. At age 25, he settled in Lisbon, Portugal. He and his brother Bartholomew made and sold charts for sea navigation, while Christopher continued to go to sea. In Lisbon, Christopher married Felipa Perestrello e Moniz from a respected family. They had one son, Diego.

Columbus learned to read. He studied the ideas of the ancient Greek geographer Ptolemy. These had just been published in 1407. Columbus collected books, including The Travels of Marco Polo, which told of what Polo had seen when he traveled in China in the late 1200s.

Europeans had long traded for spices, silk, ivory, and gemstones from the Indies. The Indies includes India, the Indochina peninsula, and the Malay Archipelago (also called the Spice Islands). However, in the late 1400s, the Ottoman Empire made traveling to the Indies by land extremely difficult.

By 1484 Christopher Columbus had decided that he could reach China and the Indies by sailing west on the Ocean Sea. He wanted to find an easier way to trade and to see the grand things Marco Polo described. While Marco Polo was in China, the Grand Khan who ruled there had sent word to the Pope asking him to send people to China to teach them about Christianity. That had never been accomplished. Columbus wanted to fulfill the Grand Khan’s request.

Ptolemy’s writings caused Columbus to think that the earth was much smaller than it actually is. Columbus believed that he could reach the Indies in about a month. Columbus was determined. He tried to get the king of Portugal to pay for his voyage. The king refused. Columbus’ wife, Felipa, died in 1485. The next year he moved to Spain. He began trying to convince Spain’s King Ferdinand and Queen Isabella to sponsor his voyage.

Finally, in 1492 the Spanish king and queen agreed. Columbus and his crew left Palos, Spain, on August 3, 1492. They sailed in three small ships: the Niña, the Pinta, and the Santa Maria. Columbus was a devout Catholic in service to a king and queen who were also devout Catholics. He kept a detailed ship’s log. The first words of his log are: “In the Name of our Lord Jesus Christ.”

The three ships stopped in the beautiful Canary Islands off the western coast of Africa. On September 6, Columbus and his men left the Canaries—and all the world they knew. They sailed into the unknown. Columbus wrote about the warm breezes and the beautiful mornings they enjoyed on the voyage. On September 16, the crew began to see large patches of seaweed. They thought the seaweed had floated from a nearby island. Actually, they were passing through the Sargasso Sea which lies between four of the Atlantic Ocean’s currents. Sargassum seaweed floats there in abundance. It is a nursery for many ocean creatures, including turtles, eels, and fish.

As they sailed on, Columbus and his crew saw many tuna, many dolphins, and a whale. On September 29, Columbus noted that the sea was “as smooth as a river.” On October 5, they saw many flying fish and some of them jumped onto the Santa Maria. As they sailed on, Columbus and his crew believed they were coming near to the Indies. On October 7, they saw large flocks of birds. Columbus decided to follow the birds. The next day they saw a pelican. On October 10, the crews complained about the voyage being too long. Columbus tried to encourage the men, but he also told them that it didn’t matter how much they complained. They were going to keep sailing until they reached the Indies.

Early in the morning on Friday, October 12, 1492, the Niña, the Pinta, and the Santa Maria came near the first land they had seen since they left the Canary Islands. It had been 70 days since they had left Spain. Christopher Columbus and the Pinzón brothers, who had served as captains of the Niña and the Pinta, each carried banners ashore on the island of Guanahani.

From October 1492 to January 1493, Columbus and his crew explored islands in the Caribbean Sea. Columbus was especially interested in Cuba and Hispaniola. Hispaniola is now home to the countries of Haiti and the Dominican Republic. Columbus kept looking for evidence that he was in the Indies. When he first landed at Cuba, he thought he was in China.

Columbus returned to Spain in 1493. He went to the court of King Ferdinand and Queen Isabella to tell them what he had seen. News of his discoveries spread. More Spaniards sailed to the islands. Columbus returned three times. He continued to explore the islands, he saw South America, and he sailed along the coast of Central America.

Before his first voyage, King Ferdinand and Queen Isabella had promised that Columbus would become Admiral of the Ocean Sea and governor of all new lands he discovered. When Columbus returned to Hispaniola on his second voyage, he set up a Spanish government. He made two more voyages to the New World. He died in Spain in 1506 at age 56, still believing that he had sailed to the Indies. Columbus never knew that he had found a New World.

Columbus had many encounters with islanders. Their good looks, kind manner, and generosity impressed him. He believed they would quickly become believers in Jesus Christ. However, he also believed that they were inferior to Europeans. Columbus enslaved many islanders.

More and more Spaniards came to settle in the New World. Some treated the islanders well. Some islanders did become believers in Jesus. However, many Spaniards behaved shamefully. They kidnapped some people and enslaved them. They killed others. Also, great numbers of islanders died because their bodies did not have immunity to European diseases.

Many people in Europe lived under a feudal system in which a few people owned land and many people had to work as serfs for the landowners. The Spanish set up a similar system in the New World. They gave island land to Spanish explorers and made islanders work as serfs.

Bartolomé de Las Casas came to Hispaniola from Spain in 1502. Spain gave him land and serfs to work on it. Las Casas taught the serfs about Jesus. He later became a priest. Las Casas gave his serfs back to the Spanish government. He worked for better treatment of islanders. He wrote about the cruel way that the Spanish treated them. Las Casas believed it was God’s will that Columbus discover the New World, but he also believed that it was a sin to mistreat the people living there.

Almost five hundred years had passed since Vikings came to North America. Those Viking explorations did not have a major impact on the history of the world, but when Columbus returned to Spain, news of his voyage spread across Europe. His discoveries opened the way first for the Spanish and later for many other Europeans to come to the New World. People of the Taíno Nation were the first to meet these Spanish strangers from the Old World. Soon native nations living in the future United States would meet them, too.

There are three things which are too wonderful for me,
Four which I do not understand:
The way of an eagle in the sky,
The way of a serpent on a rock,
The way of a ship in the middle of the sea,
And the way of a man with a maid.
Proverbs 30:18-19