I am relishing listening to Laddie. Your children may have read Freckles or A Girl of the Limberlost. Laddie is another book by Gene Stratton-Porter, published in the early 1900s and set in rural Indiana. Laddie, a college graduate who has returned home to live and work on his parents’ farm, has a close relationship with his little sister who is about seven years old and is called Little Sister. In Laddie, it is Little Sister who tells the story of Laddie and their family. In page after page, Little Sister describes how their devout parents live out godly values; how they instill those values in Laddie, Little Sister, and their ten brothers and sisters; and how the children live out those values themselves. The book is chock-full of lessons I believe are important. 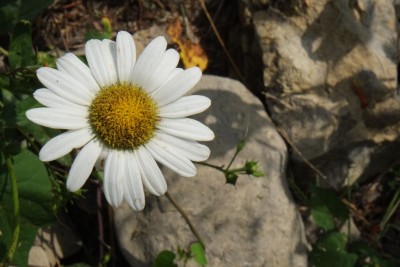 I could go on and on . . . . and when I found out this week that the book is autobiographical — that in many ways Gene Stratton-Porter, herself the youngest of twelve, grew up as “Little Sister” — I was even more humbled and impressed.

When Little Sister describes the people in their church and the families who live on the farms surrounding their own, she naturally measures them by her own family. One of those neighbors is Mrs. Freshett. In chapter 10 Mrs. Freshett describes her own dismal childhood and tells Mrs. Stanton about the lessons she has learned from watching her.

When the conversation begins, Laddie has recently had a meal at the home of a genteel English family who has moved into their neighborhood. When Mrs. Freshett asks Mrs. Stanton if Laddie knew how to behave in that situation, Mrs. Stanton, who cares very much how her children behave, bristles and says: “. . . all mine, Mrs. Freshett, knew how to sit properly at the table, and manage a knife, fork and napkin, before they ever took a meal away from home.” Later she tells her: “It is contact with cultivated people. You are always influenced by it, without knowing it often.”

Mrs. Freshett replies with compliments: “Maybe you are, bein’ so fine yourself. An’ me too, I never get among my betters that I don’t carry home a lot I put right into daily use . . . I come here expecting to learn things that help me, an’ when I go home I know I have . . . . I often noticed you makin’ a special effort to teach puddin’ heads like me somethin’, an’ I always thank you for it. There’s a world in right teachin’. I never had any. So all I can pick up an’ hammer in to mine is a gain for me an’ them.”

Mrs. Freshett goes on to say, “If my boys will come out anywhere near like yourn, I’ll be glad.”

Mother replies, “I don’t know how my boys will come out. But I work, pray, hope, and hang to them; that’s all I know to do.”

You hang to yourn — and to your daughters, too — and I’ll hang to mine. And keep on with that “right teachin’.” Your children will certainly never have to say, “I never had any.”*

My son, observe the commandment of your father
And do not forsake the teaching of your mother;
Bind them continually on your heart;
Tie them around your neck.
When you walk about, they will guide you;
When you sleep, they will watch over you;
And when you awake, they will talk to you.
Proverbs 6:20 -22

*Note: Books are like movies. So many are very good except for just one scene (or passage) that we wish they had left out. Once Laddie says that he doesn’t believe exactly as his father does. Little Sister sometimes says that their parents “beat” things into them. So far there has not been an incident in the book yet where that is described — just the mention and the fear. Also, a couple of the children disobey their parents sometimes. So, keep those warnings in mind.