We had one more morning to see some sights before heading home to Tennessee. We decided on more ancient Native American ruins, this time at Bandelier National Monument. The road in was paved, a bit the worse for wear, but paved. We arrived early, before the Visitor Center opened. A park employee arrived for work just as we pulled up to the entrance gate wondering what to do. She kindly explained procedures for early arrivals and we were on our way.

The Chaco Canyon and Bandelier National Monuments are four hours apart. The estimated time when Chaco Canyon was inhabited was around 1000, while habitation at Bandelier was at two different periods between 1150 and 1600. The similarities and the differences were striking.

God created beautiful tall cliffs in both places, but differences in weather and the amount of available water creates great contrasts. On June 17, Chaco Canyon was hot and dry with scattered desert vegetation. However, on June 18 the weather at Bandelier was pleasant, even a bit cool in the early morning. A narrow stream flows a few hundred feet from the cliffs. Tall trees grow along its banks. 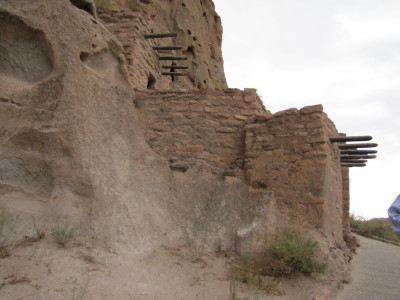 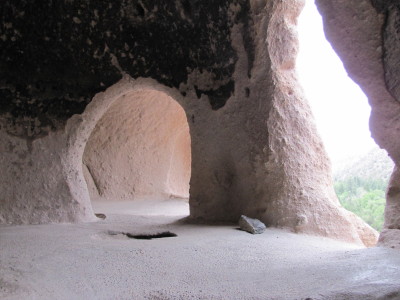 One thing is certain. The people who built and used the buildings at Chaco Canyon and at Bandelier were experts. They were expert builders and they knew how to use what they found in their surroundings. I was impressed by the work of these ancient experts.

Sometimes having experts around us is a blessing, but not always. It takes faith and wisdom to know when they can help and when they cannot. Just because someone is an expert in education (or claims to be) does not mean they necessarily know what is best for your child. They might, but they might not. It is easy to be intimidated by experts. Sometimes that intimidation comes from the expert himself or herself and other times it comes from our own fears.

The inspiration for this post about experts came from a conversation I had a little later in the morning with the same park employee who had helped us when we first arrived. I asked her a simple question about some of the vegetation I had seen while we rode to the park. She started using scientific words and let me know quickly that what I had guessed about those bushes was quite incorrect. Maybe she didn’t mean to make me feel silly by her expertise, but she did. I certainly knew who the expert was.

I think the mothers at Bandelier must have been expert mothers. How else could they have kept their children from falling out of those caves? 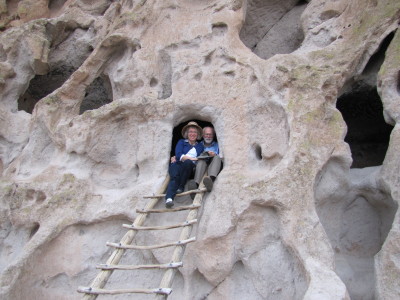 You are an expert about your children. Pray that God will help you know when and how to take advantage of the experts around you and when to listen to your own expertise that comes from being an attentive mother. Who taught these ancient builders of Chaco Canyon and Bandelier? The same people who have taught children throughout most of human history, their own fathers and mothers.

Remember that the number one expert that you can turn to for help with your children is the Creator of the Universe, Who has given you expert instruction in His Word.

O Lord, my heart is not proud, nor my eyes haughty;
Nor do I involve myself in great matters,
Or in things too difficult for me.
Surely I have composed and quieted my soul;
Like a weaned child rests against his mother,
My soul is like a weaned child within me.
O Israel, hope in the Lord
From this time forth and forever.
Psalm 131:1-3, NASB