“What do you want to be when you grow up?” the adult asks the child he just met.

“What are you going to do this fall?” the adult asks the teenager who is about to graduate from high school.

“What is ______ (fill in the name) doing?” the adult asks the mama of a recent high school graduate.

Many adults are okay with only a limited number of answers to these questions. That’s a shame because the God Who created us in His image has given people an amazing variety of abilities. Homeschooling has the potential to provide children with the foundation–and the freedom–to develop and use their own amazing abilities to do amazing things.

On the day after our cruise ship left Prince Edward Island, we spent the whole day at sea. Ray and I used that opportunity to explore the entire ship where we saw the results of an amazing variety of abilities.

Cruise ship companies are scrupulous about keeping people’s hands clean. Ray and I started our day by having breakfast at the buffet, where we used these ingenious hand-washing machines. Stick your hands in, feel the water inside spray them clean, pull your hands out, and dry them. Talk about your hands-free device! 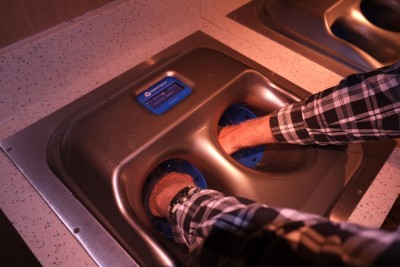 Holland America scheduled a gala night during both of our days at sea, so we ended that Tuesday all dressed up for dinner. 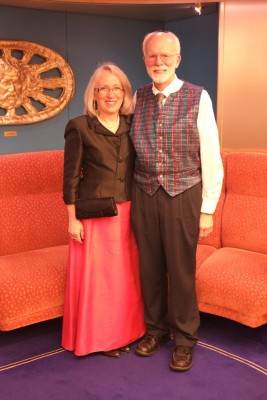 In between time, we explored the ship which showcased amazing things people around the world have created. They were all over the place. These Indonesian daggers from the 1800s were beside an elevator. Indonesian daggers are called kris. Someone who makes swords and daggers is called a bladesmith. 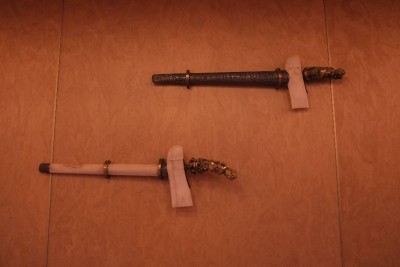 This portrait of Her Majesty Princess Louise van Orange has been attributed to artist Gerard van Honthorst, a Dutch artist who lived from 1592 to 1656. 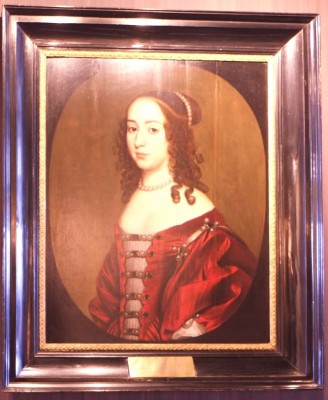 Nel van Lith created this bronze bust of Princess Beatrix who served as Queen of the Netherlands from 1980 until 2013. 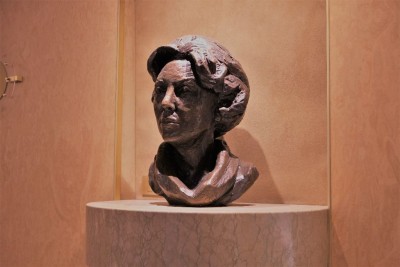 Through the peep hole, I could see part of the ship that tourists don’t use. Ships are complicated creations. A carpenter skilled at building ships is called a shipwright. 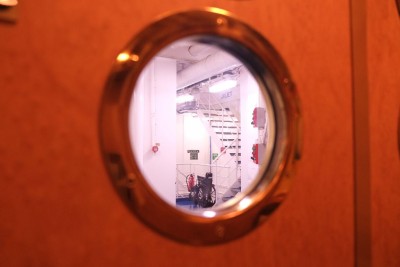 This iron escutcheon and helmet are from 19th century Persia (now Iran). The crusader sword is from Belgium in the area once called Flanders. 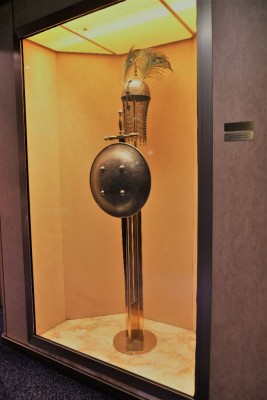 This large earthenware amphora (the large pottery vessel at right) is from Greece and dates from the 3rd century before Christ. 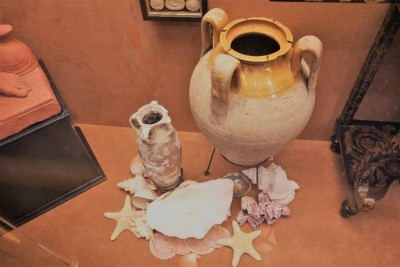 This hydria is from Egypt and dates from the 5th century before Christ. 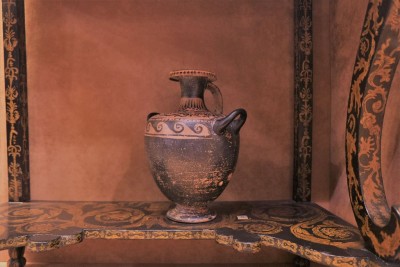 These three ushabti (funerary figures) are also from Egypt and date from c. 1085 to 935 BC. 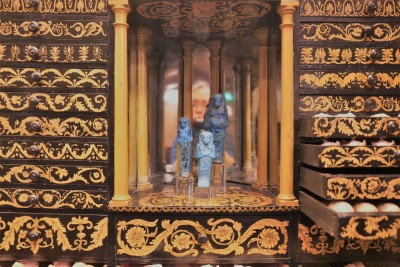 These two onyx busts are from Italy and date from the 1800s. 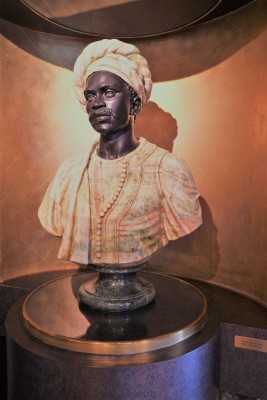 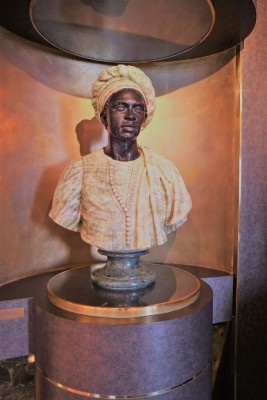 I don’t have countries of origin or dates on the following works of art, but aren’t they beautiful? 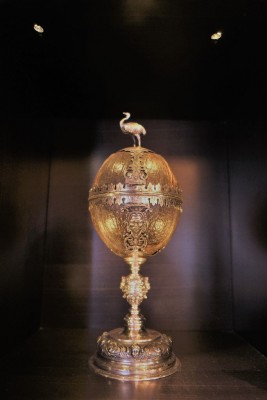 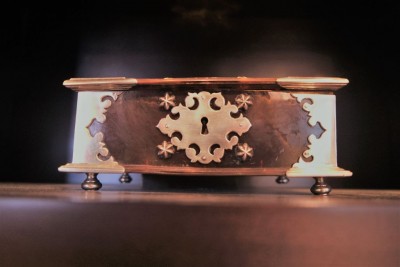 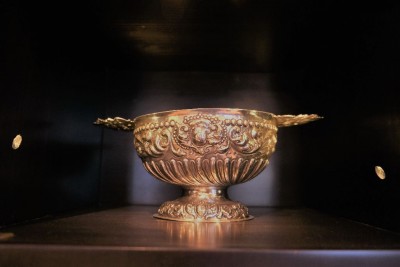 Craftsmen created this Delft pottery baluster-shaped bottle in the Netherlands in the 1700s and handbell in the 1800s. 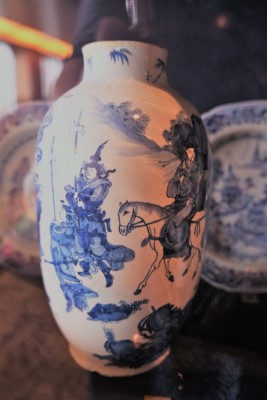 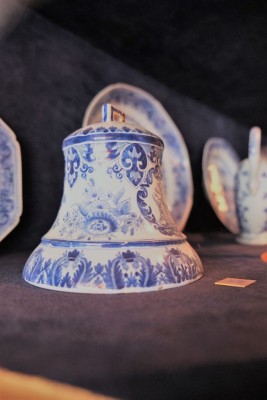 This feather mask called a Upé from the Tapirapé tribe of Brazil dates from the 1900s. 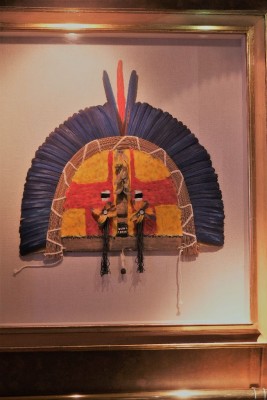 These pewter plates date from the 1700s. T. and W. Willshire created them in Bristol, England (Ray’s mother’s hometown). 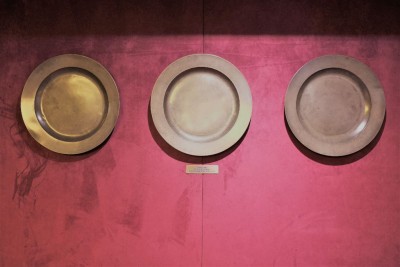 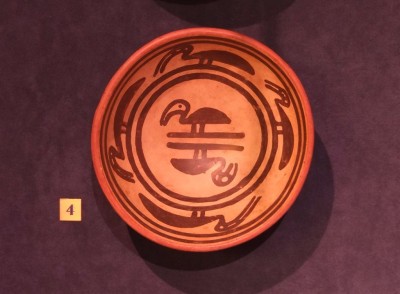 This Italian bust carved from alabaster dates from around 1880. It depicts a child reading a book.

Each person who created the ingenious hand-washing machine, the cruise ship, or these beautiful artifacts was once a little boy or girl like the one depicted in the statue above–a little boy or girl like the ones who live in your house. God created each of those little boys and girls in His own image. I was surprised at the treasures decorating the interior of the MS Veendam. Even more amazing treasures live inside your home.

Do you see a man skilled in his work?
He will stand before kings;
He will not stand before obscure men.
Proverbs 22:29