When Ray and I returned to homeschooling in the fall of 1994, we had one goal.

I continue to ask God for that goal to come true for our family. I implore Him to make us immovable from Him and from one another.

Ray and I continue the series of easy devotional ideas that I mentioned a couple of days ago. The devotion for today comes from what Mary poured forth from her heart when she arrived at the home of Elizabeth and Zacharias. As Mary praised God and her spirit rejoiced, she was in awe of His regard for her humble state. She marveled that from that time forward all generations would count her blessed. She trusted that God’s mercy is upon generation after generation toward those who fear Him.

“My soul exalts the Lord,
And my spirit has rejoiced in God my Savior.
“For He has had regard for the humble state of His bondslave;
For behold, from this time on all generations will count me blessed.
“For the Mighty One has done great things for me;
And holy is His name.
“And His mercy is upon generation after generation
Toward those who fear Him.
“He has done mighty deeds with His arm;
He has scattered those who were proud in the thoughts of their heart.
“He has brought down rulers from their thrones,
And has exalted those who were humble.
“He has filled the hungry with good things;
And sent away the rich empty-handed.
“He has given help to Israel His servant,
In remembrance of His mercy,
As He spoke to our fathers,
To Abraham and his descendants forever.”

And Mary stayed with her about three months, and then returned to her home.

Discuss: How does Mary’s song express what is in her heart?

Pray as you reflect on this truth: God’s mercy is for those who fear him, from generation to generation (Luke 1:50).

Add to the basket: white cloths (or a towel or pillowcase, etc.) to represent the swaddling clothes Mary will soon use to care for her baby.

For our basket, I chose a white broomstick lace blanket given to us by the family of Bob Keyes. 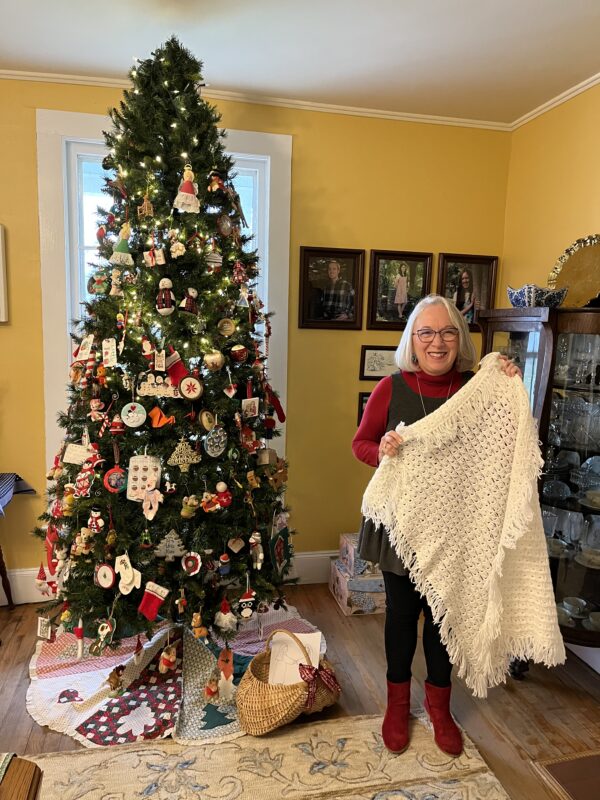 When Ray and I do our devotion for today, our basket will have a Bible to remind us of God’s Word, a picture of Mary and Elizabeth together, and a reminder of Jesus’ swaddling clothes. 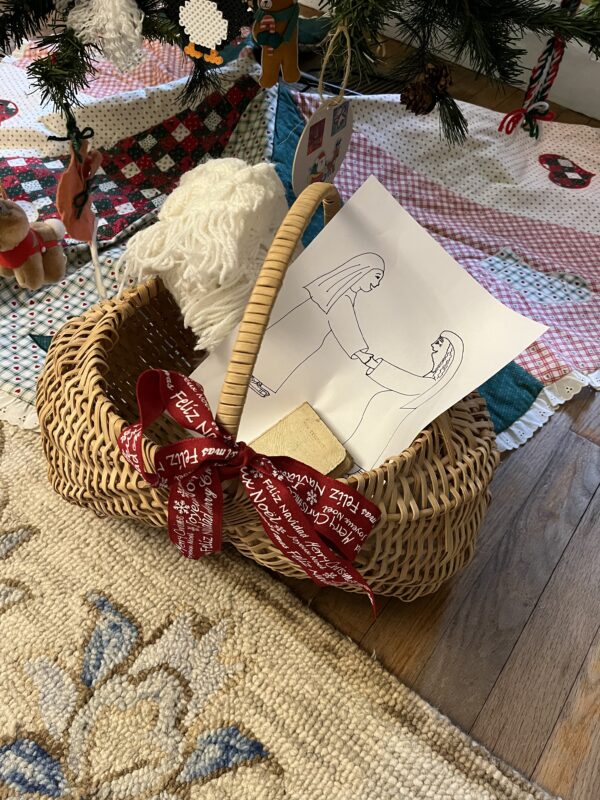 Bob was one of the first college students we met when Ray began serving as campus minister at the University of Mississippi. Bob was our faithful friend for the rest of his life. Here he is with Ray in 2016. It was our last visit with Bob before he passed away early in 2017.

Bob’s precious mother loved us, too. She asked Ray to speak at Bob’s graveside service. What a precious day that was. On our way we stopped in Oxford, Mississippi, to visit with our mentors Cora Beal and Doug Shields who were mentors to Bob, too. 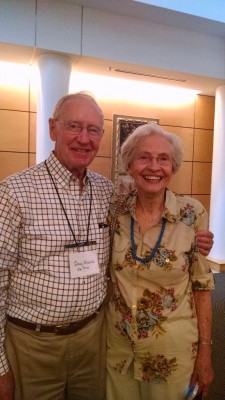 Cora Beal wasn’t up to traveling with us to the service, but Doug was able to go. I confess that because Doug was almost 90 at the time, we had called his son to be sure our taking him was a good idea. We got the go ahead and it turned out to be a once-in-a-lifetime day with Doug.

In Revelation Jesus encouraged the church at Smyrna:

Be faithful until death,
and I will give you the crown of life.
Revelation 2:10b

Cora Beal continues to be a blessing in her 90s. Bob and Doug were faithful until death. They are great examples to us.

What a wonderful time of year to remind our own children of God’s will and blessings for future generations. I pray that yours and ours will be faithful until death and receive from our Lord Jesus the crown of life. As Mary said:

And His mercy is upon generation after generation
Toward those who fear Him.
Luke 1:50

Optional Song: Our devotions are moving us toward the birth of Jesus. If you would like to add a song to today’s devotion, you might enjoy singing the traditional French carol “Bring a Torch, Jeanette, Isabella,” translated by E. Cuthbert Nunn. Yesterday I learned a little of the story behind the song. According to tradition, Jeanette and Isabella were milkmaids who went to the stable and found the baby Jesus. 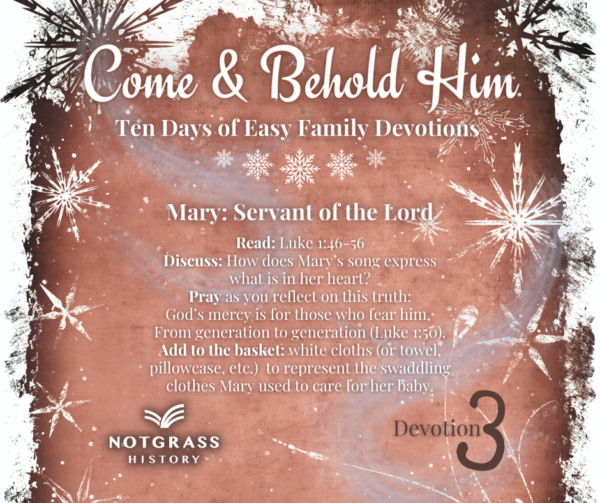