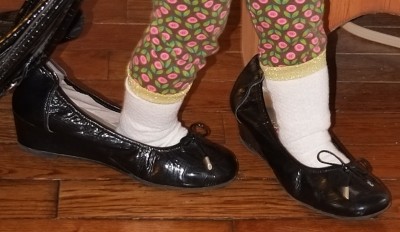 Naturally we mamas burst a button or two when our children learn to do something new. We are excited when our child can jump or tie a shoe or count to 100 or read a chapter book or make a cake or change the oil in a car.

As our children grow up, they add more and more “can do’s” to their list of accomplishments.

. . . Jesus kept increasing in wisdom and stature,
and in favor with God and men.
Luke 2:52

I was struck recently with what was to me a powerful truth.

It doesn’t matter what a child can do if he won’t.

This reminds me of a parable Jesus told to some chief priests and elders of the Jewish people in the temple:

The chief priests and elders of the Jewish people were smart “can do” kinds of folks. I wouldn’t be surprised if they were at the head of their class in school. They certainly knew what to answer Jesus. “The first,” they replied.

Jesus knew them better than they knew themselves. He knew that though they knew what to say, they didn’t follow through and actually do what God wanted them to do.

Yep, it doesn’t matter what a child (or adult) can do, if he won’t.

That’s why the wise mama (and father) provides discipline for her child.

It is for discipline that you endure;
God deals with you as with sons;
for what son is there whom his father does not discipline?
Hebrews 12:7

“Not everyone who says to Me, ‘Lord, Lord,’
will enter the kingdom of heaven,
but he who does the will of My Father who is in heaven will enter.
Matthew 7:21