Ray and I began and ended our seven days of exploring my family heritage in Quebec by learning more about Marguerite D’Youville, a woman who kept on keeping on. As I have written before, Marguerite was a great-grandchild of Pierre Boucher, as was my fur trading ancestor, Timothy Demonbreun.

Our first activity when we arrived in Boucherville, Quebec, for the Boucherville 350 festival was a side trip to the Museum of Marguerite d’Youville in Montreal. Our last stop on the On the Traces of Pierre Boucher tour that followed the festival was another museum about Marguerite. This museum was in Varennes, Quebec, the small town where she was born.

The museum was on the grounds of yet another beautiful basilica, Sainte-Anne de Varennes. 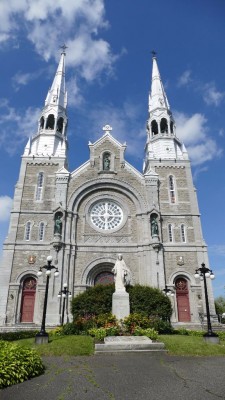 Outside is a statue of Marguerite d’Youville. 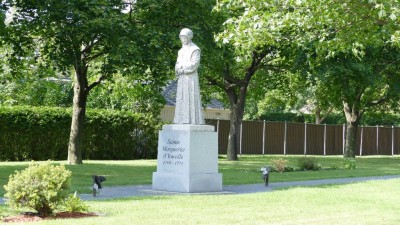 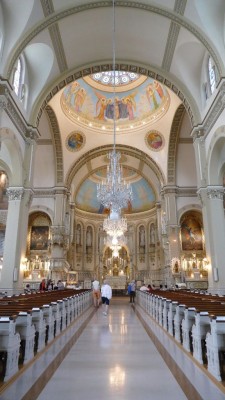 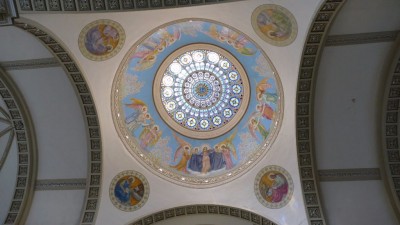 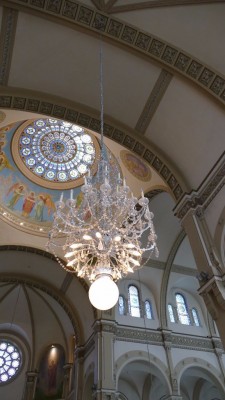 . . . is the tomb of Marguerite d’Youville. Marguerite lived and served in Montreal but her remains have been returned to the place of her birth. 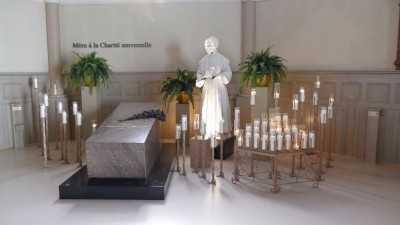 Above the tomb is a portrait. 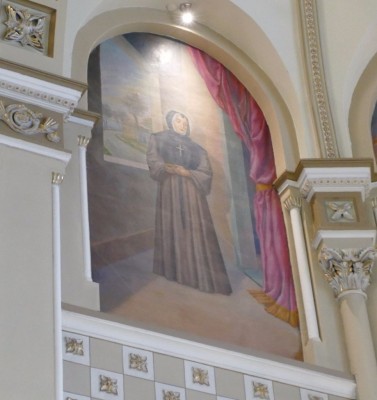 The museum is across the lawn from the basilica. 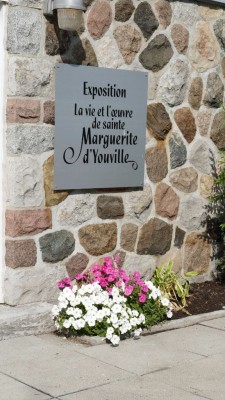 Inside the museum, we watched a movie about Marguerite. We saw artifacts and a beautiful wooden statue, depicting Marguerite with the people she served. 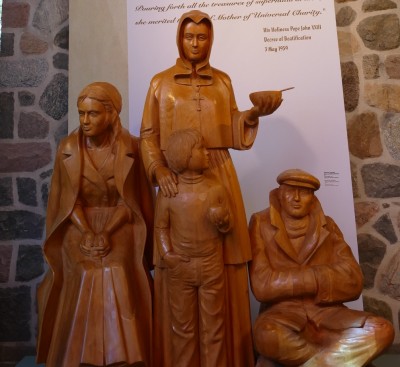 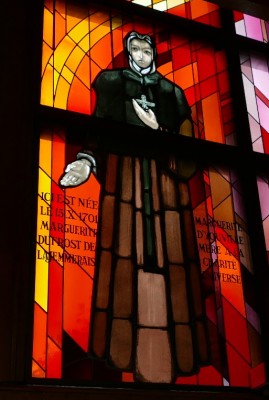 I have written about her life before, but I’d like to review it once more, illustrated by the windows in the museum. Marguerite lived in poverty with her mother after Marguerite’s father died when she was seven years old. Later her great-grandfather sent her to the Ursuline school in Quebec City. There Marguerite learned embroidery and dress-making skills that helped her earn income for her family. 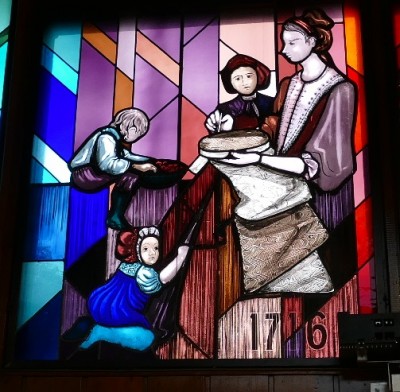 Marguerite married in 1719, but her marriage was a difficult one. Living with her mother-in-law was challenging, and her husband was involved in the illegal sale of liquor to natives. Marguerite nursed her husband through an illness that ended in his death at age thirty. Not yet thirty years old, she was left a widow with two sons. 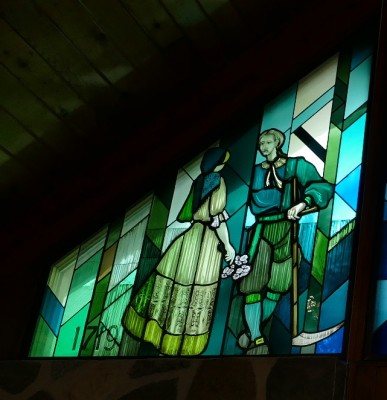 While living as a single working mother, Marguerite took in an elderly woman who was blind and cared for her. 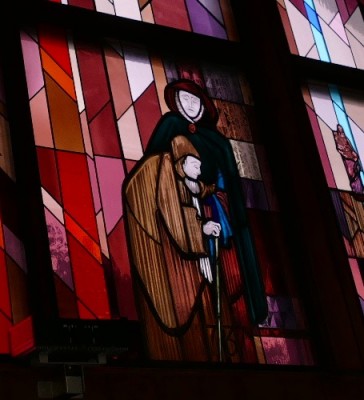 In 1738, Marguerite and three friends pledged to work together to help the poor. Later they and others became an order of nuns. 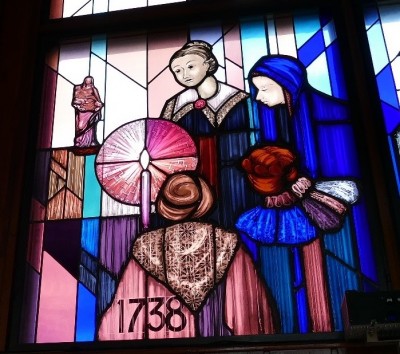 In 1747, Marguerite took over the operation of General Hospital in Quebec. There she and her fellow nuns took care of the elderly, invalids, and the destitute, which was the purpose of a hospital at that time. 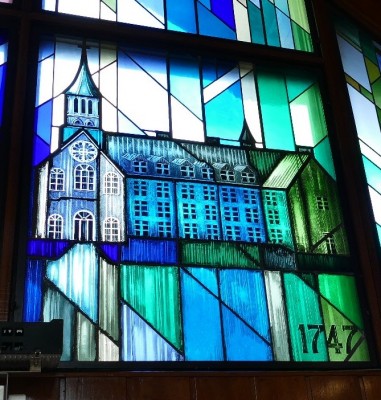 I admire Marguerite for keeping on keeping on. The Bible calls it endurance.

Consider it all joy, my brethren,
when you encounter various trials,
knowing that the testing of your faith produces endurance.
And let endurance have its perfect result,
so that you may be perfect and complete,
lacking in nothing.
James 1:2-4

These things I have spoken to you
so that My joy may be in you,
and that your joy may be made full.
John 15:11