Yesterday, while searching for photos of mothers and children for a curriculum project I have been working on, I found many that illustrate the tender emotions mothers feel and live out in their actions. Today I would like to share with you some of my favorites from the Library of Congress. I’m sure you will identify with the motherly love, joy, and concern they reveal. I have arranged them in chronological order.

Around 1863 Thomas Crawford created this sculpture for the east pediment of the Senate wing of the U.S. Capitol. It represents a loving mother from a native nation, along with her child. 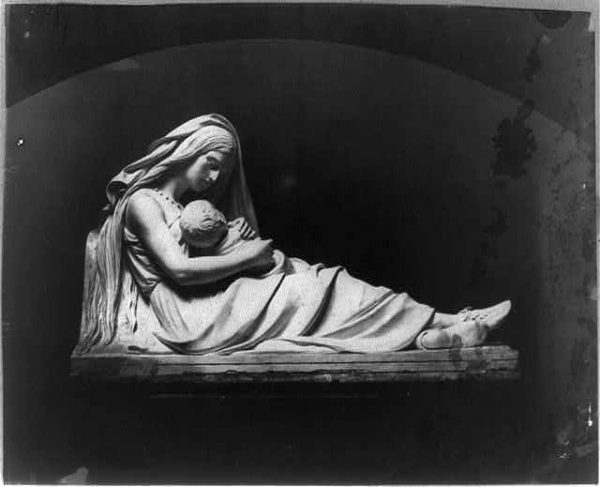 The American Civil War began in 1861 and raged into 1865. G.G. Fish created the painting below and John P. Soule published a photograph of it in 1863. It’s appropriate title is Hopes and Fears. 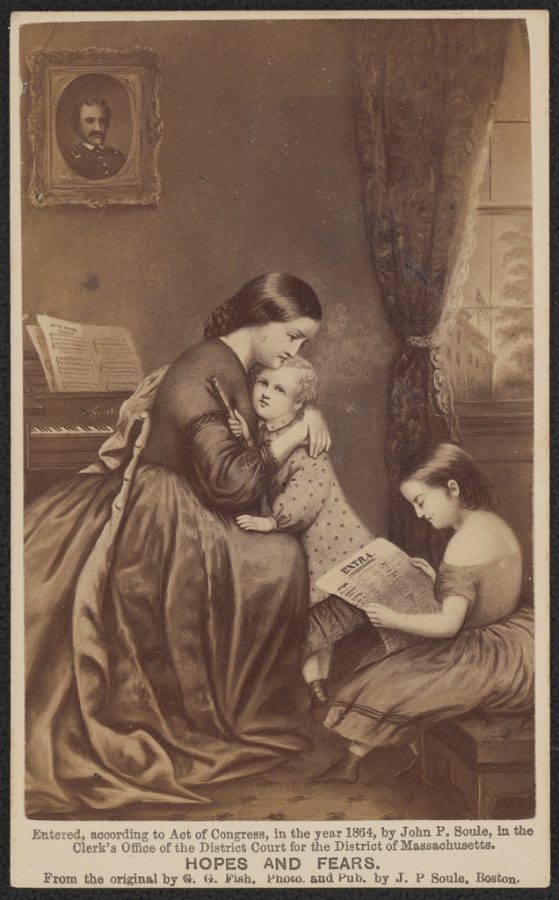 Luke tells us that Mary treasured in her heart the first events in the life of her baby Jesus. I’m sure she continued to treasure His special moments for the rest of her life. As a homeschooling mama, you get to experience so many of them. This sheet music from around 1890 illustrates a mama enjoying her daughter’s first pieces of music. 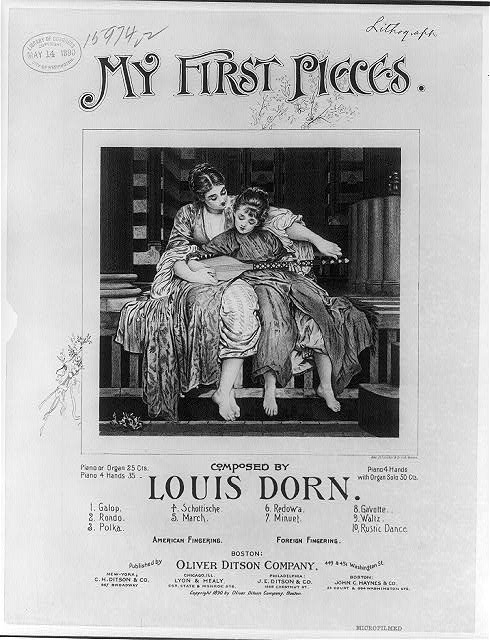 I am grateful to photographer Edward S. Curtis for his travel and sacrifice to capture the faces of people from native nations. Think of the hours of work devoted to creating this beaded cradleboard. Was it this young Apsaroke mother or was it perhaps this beautiful mother’s mother who labored so long to make it? Another name for the Apsaroke is Crow. The Crow live in Montana. 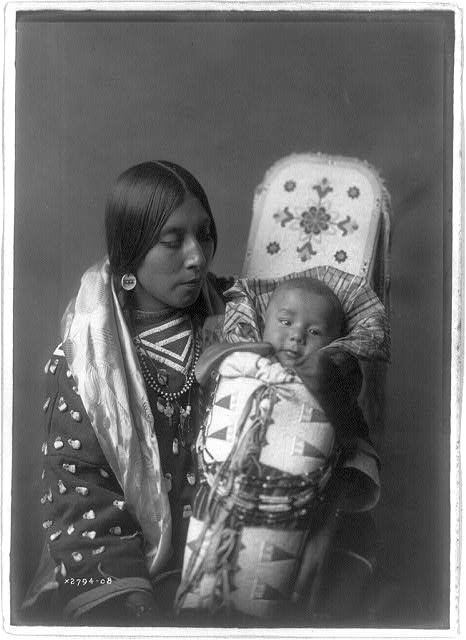 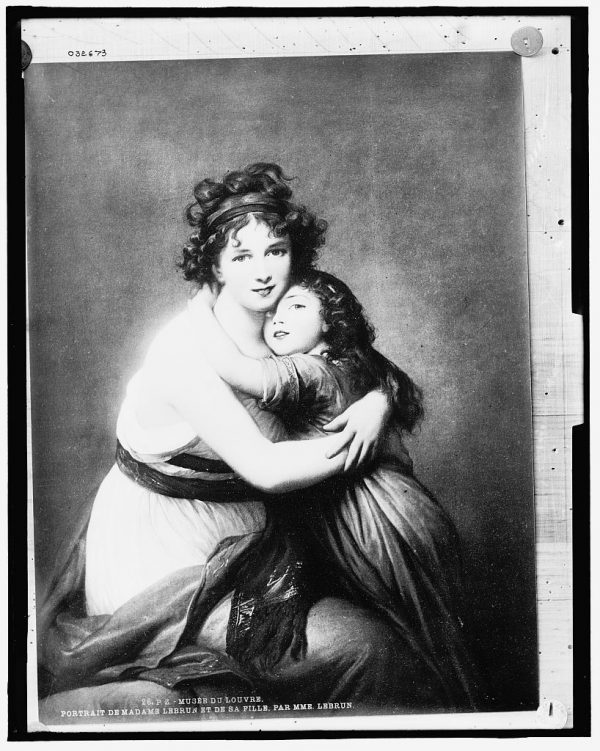 I don’t know anything about this next photograph, except that it dates from 1912 and is entitled “The Cradle King.” As I thought about what the title might mean, I thought about how a newborn is king or queen in a mother’s heart—and she is queen in his or hers. 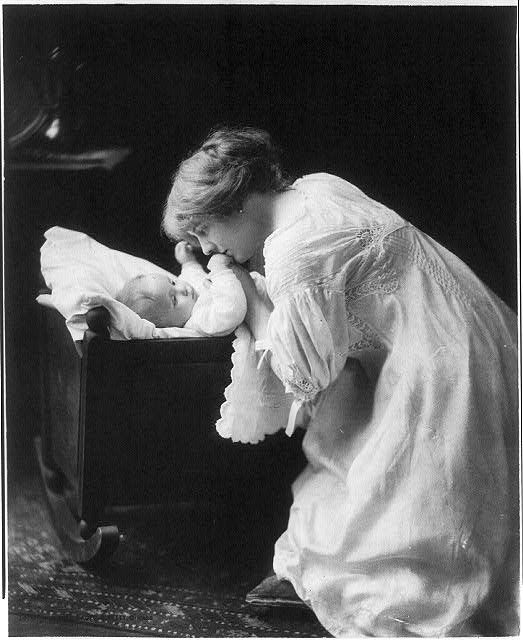 Curtis photographed the Achomawi mother and child below in 1923. What a bright motherly smile! The Achomawi people live in northern California. 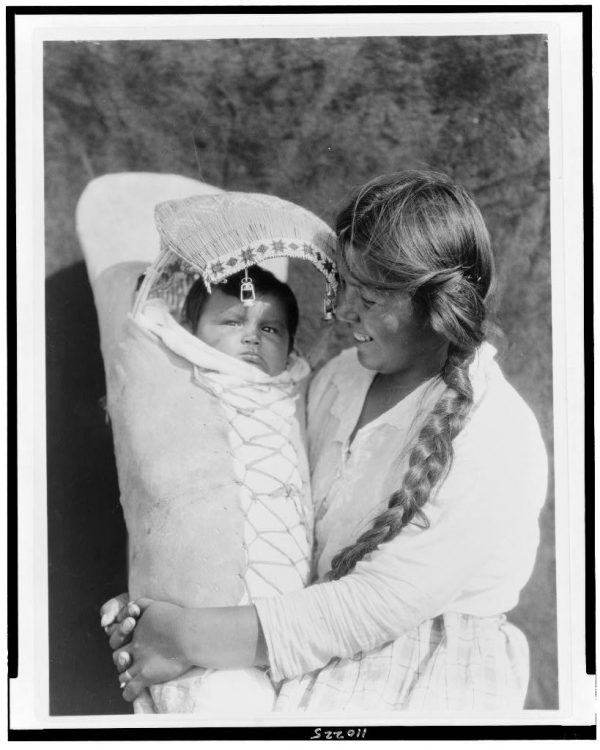 Sometimes hard times are when our motherly emotions are most intense—both in joy and in sorrow. The next three photos depict mothers living through difficult circumstances. The mother below has a joyful face, in spite of her obvious poverty . . . 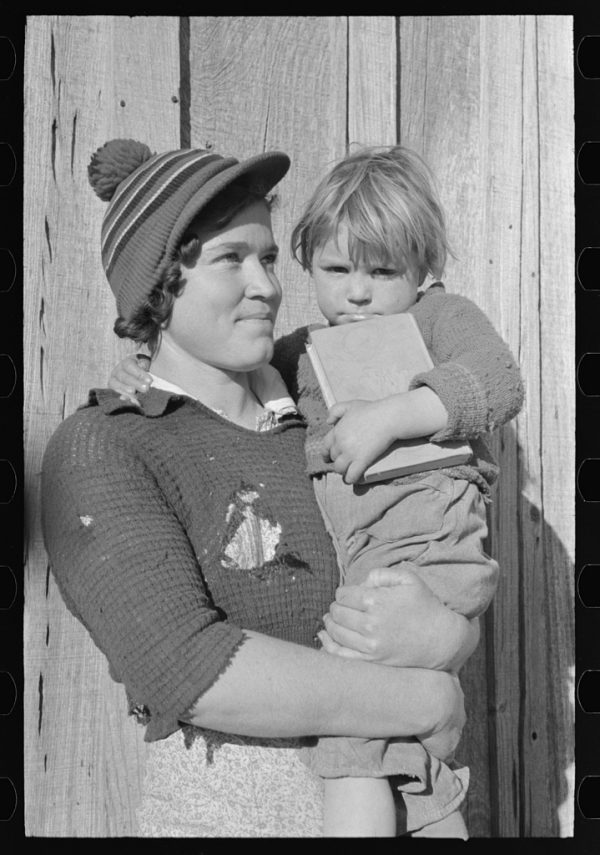 . . . and every mother has made this face when she was particularly concerned about her child. 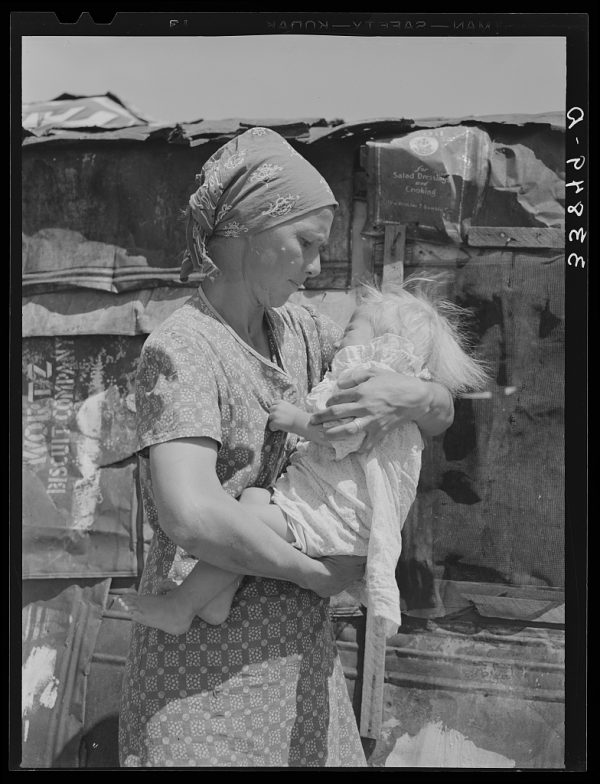 I think that I have shared the following photograph from New York City before. In it a refugee from Germany reads to her son during World War II. 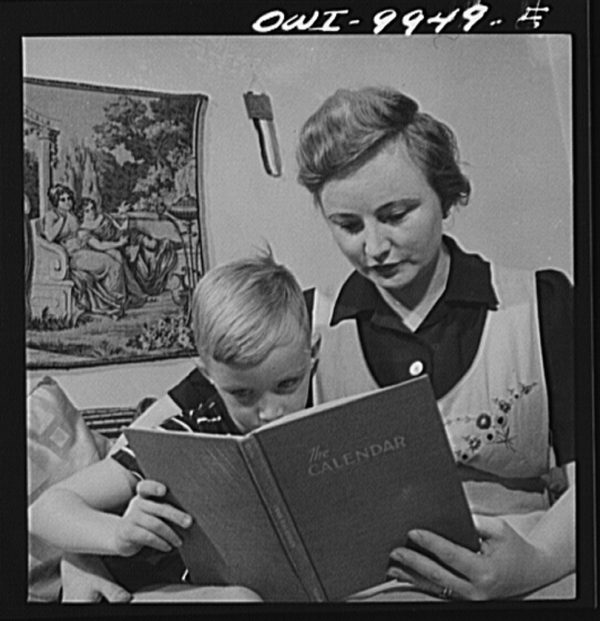 My last photograph for today is one that I hope will make you smile. I think every homeschooling mama can identify with this stereoscope from 1901. It’s title is “Mother, I have looked everywhere for my pencil.”

Today when your child loses his math book, her socks, his snow boots—or your keys, remember it’s an old, old problem. 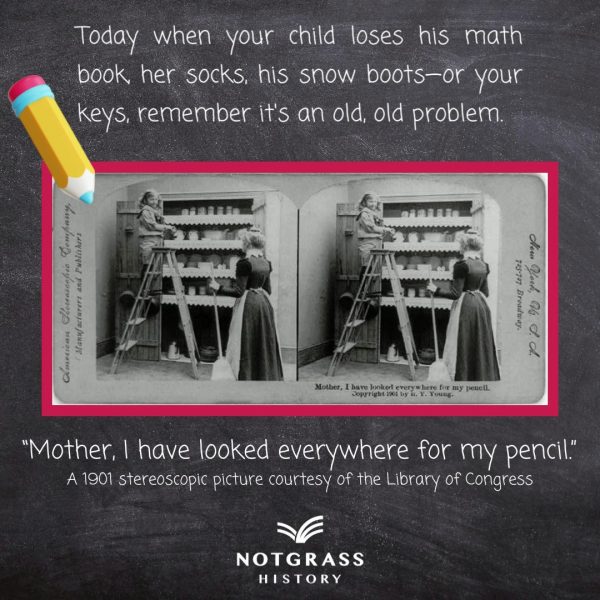