What a fun weekend Ray and I enjoyed! This year, instead of watching the Gainesboro Christmas parade, we were in it. Maybe next year we’ll actually help with a float. This year we took baby steps and helped with two entries. We decorated our company van and two of our team members drove it. I was so busy with my own responsibilities that I didn’t even get a picture of them during the parade, but here is the van parked at our house yesterday afternoon. 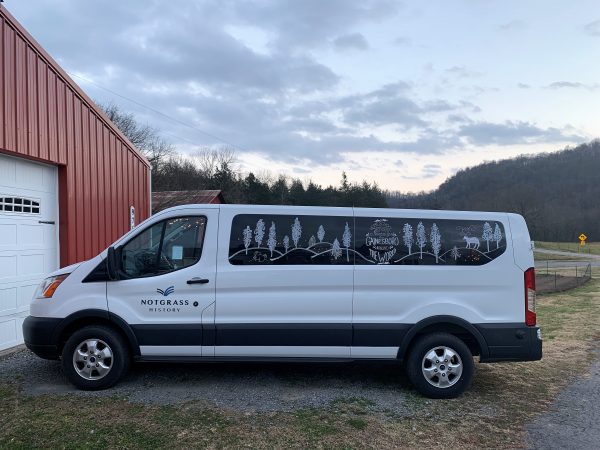 Ray and I and several members of our church rode in the cab and the back of a decorated red pickup truck, dressed as a live nativity. Here are Ray and I still in costume after the parade. 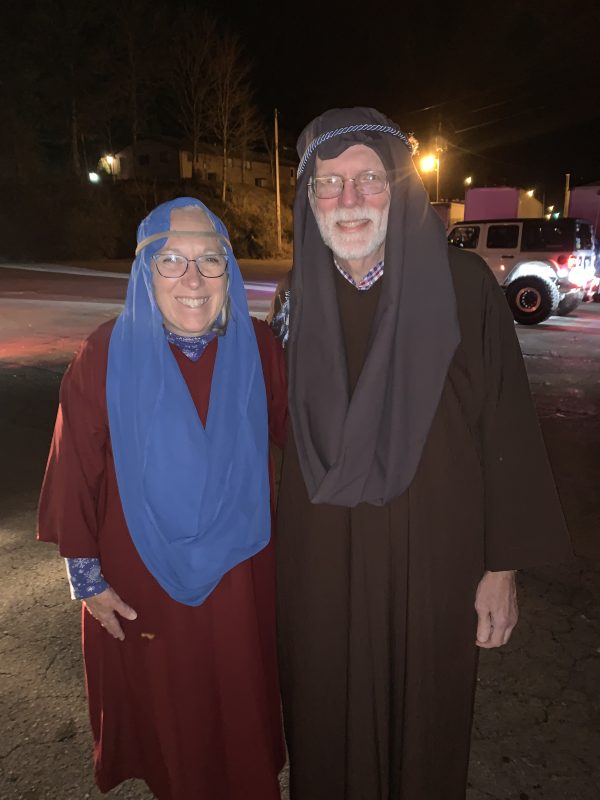 This was one of those weekends when our little town makes my heart swell with pride. On Saturday morning, while Ray and I were doing errands in town, I noticed this parade flyer on one of the shops on the square. 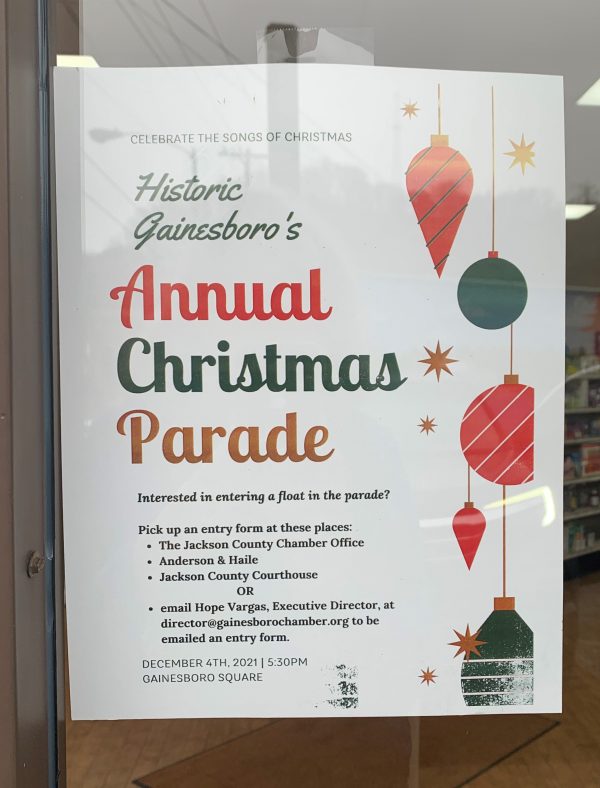 We soon learned that the count of parade entries had risen to over 100! The dreams of our Chamber of Commerce to make this parade extra special were coming true. I was even happier that we had decided to be involved in two of them.

Over the last week or two, I’ve been noticing our town’s Christmas decorations going up, including these flags, snowflakes, and baskets of greenery. 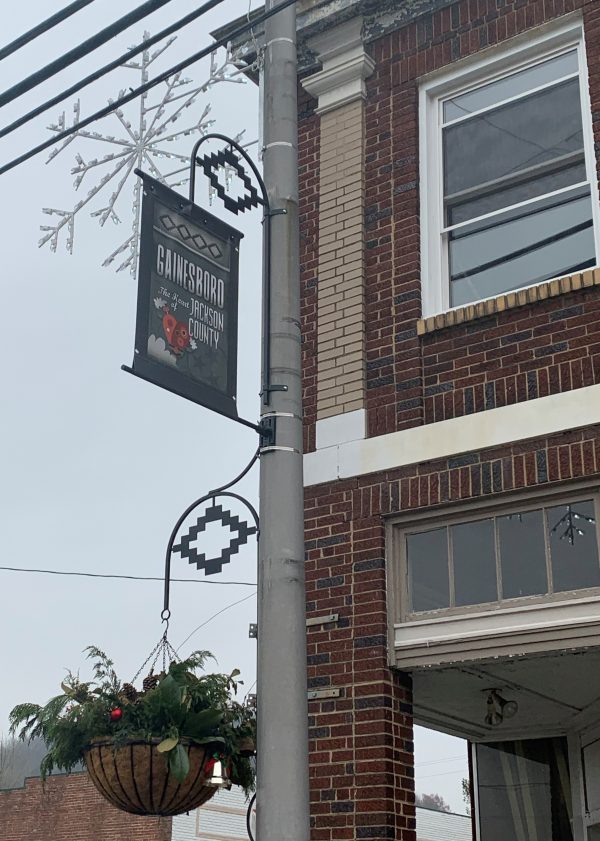 I snapped that picture on Saturday which was, as you can see, a rather gloomy day. However, by parade time, all the drizzle had stopped, and the weather couldn’t have felt more perfect.

The parade experience was very sweet. As is Gainesboro’s parade custom, we in both the company van and the church pick-up truck threw hundreds and hundreds of pieces of candy. While it was fun to spread that cheer, what I loved most of all were the faces of the parade watchers. They waved to us. They said thank you and Merry Christmas. It was so very happy and unified. I wish I knew how to put into words what a great feeling it was.

At church yesterday morning, friends were abuzz with parade talk. Longtime residents thought it was the biggest parade ever and the biggest turnout, too.

As I sat listening to Ray preach, I noticed the sun shining through the window. After church we decided to take a walk around the square. As we walked, I took pictures to share with you. While on an errand in the afternoon, we stopped for this picture so I could also show you our Welcome to Gainesboro sign. 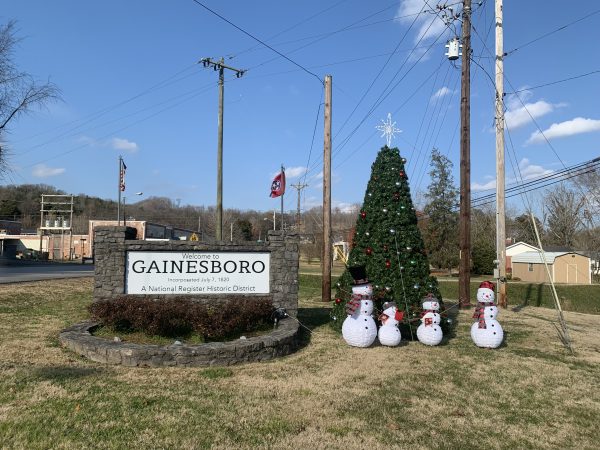 On Saturday I had noticed that matching wreaths had been placed on the doors of the businesses around the square and on the Jackson County Courthouse in the center of the square. Here’s how the courthouse looked yesterday. 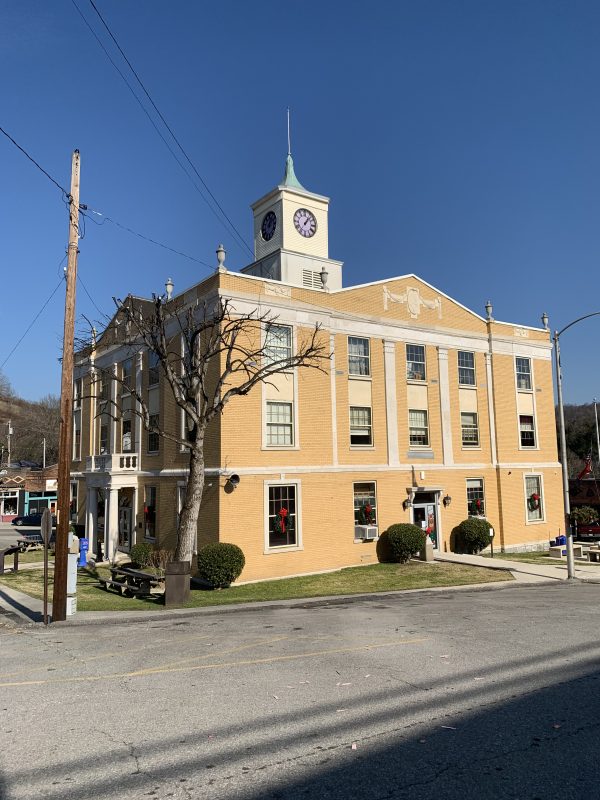 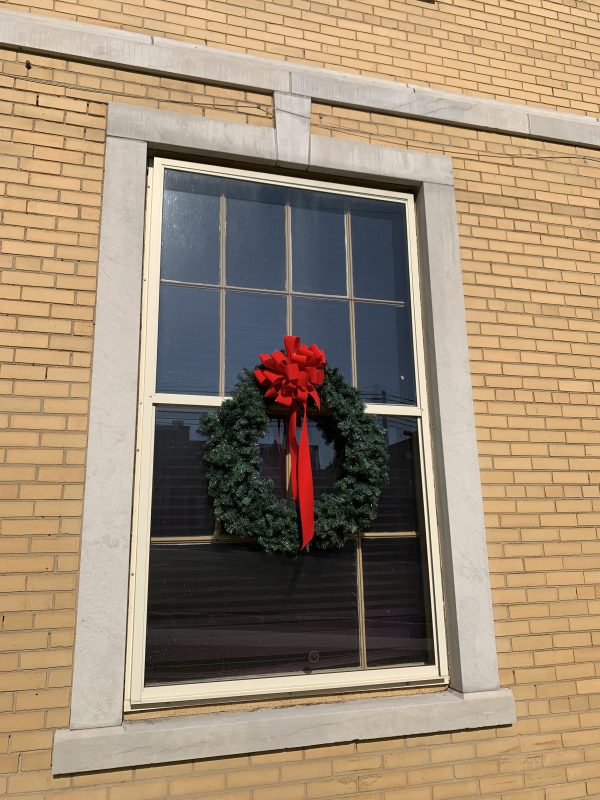 And here are two on the front doors of Carol’s Corner, a local antique store. 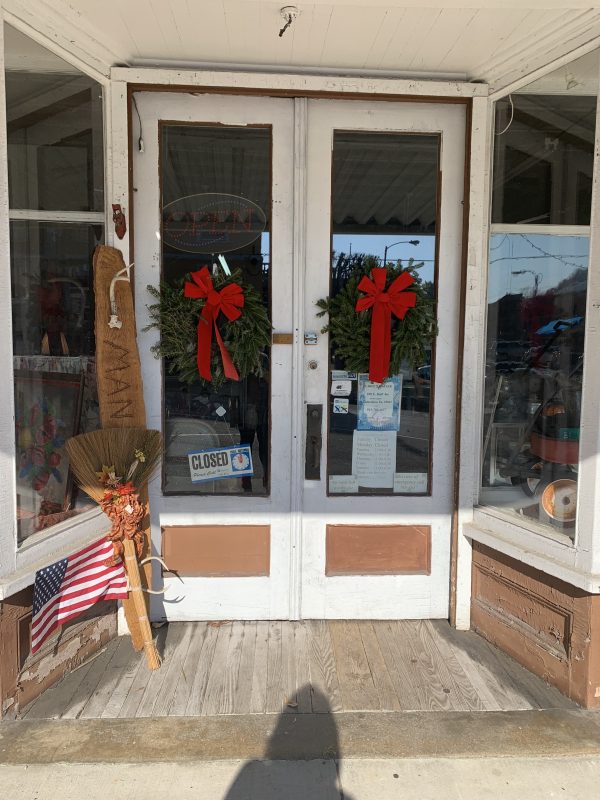 As we walked, I noticed that one of the restaurants is offering special prices for first responders and for industry workers. What a great idea.

Our town police station and town hall are near the square. Their decorations also looked pretty in the sunshine. 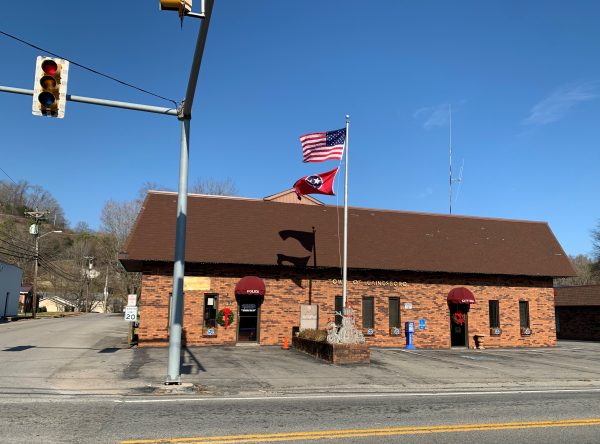 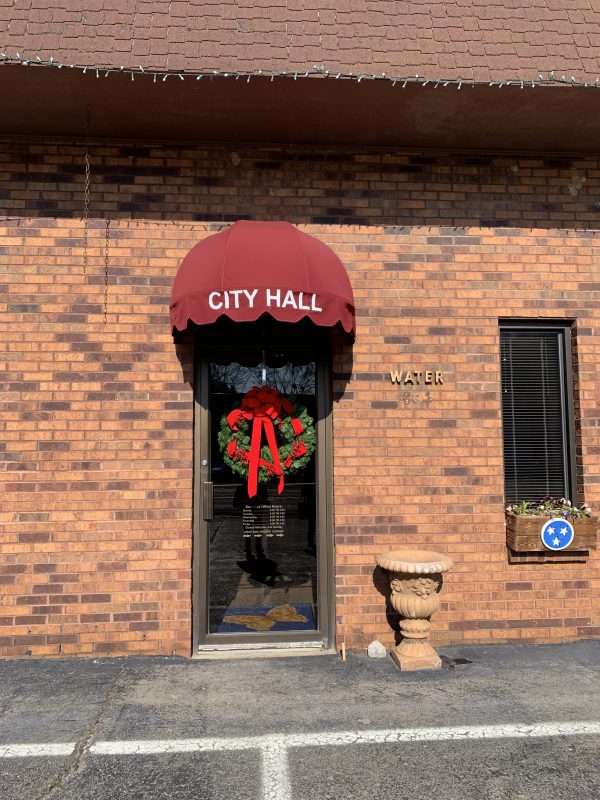 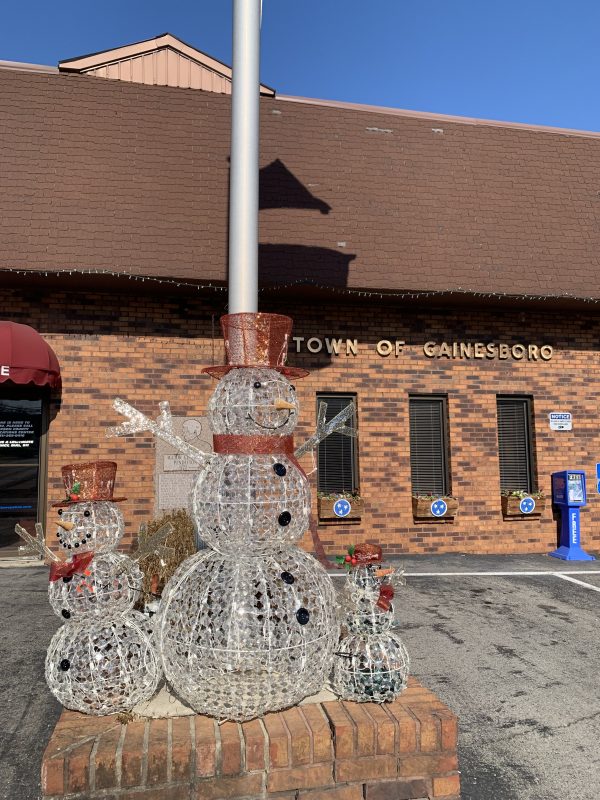 Now may the God of hope fill you
with all joy and peace in believing,
so that you will abound in hope
by the power of the Holy Spirit.
Romans 15:13 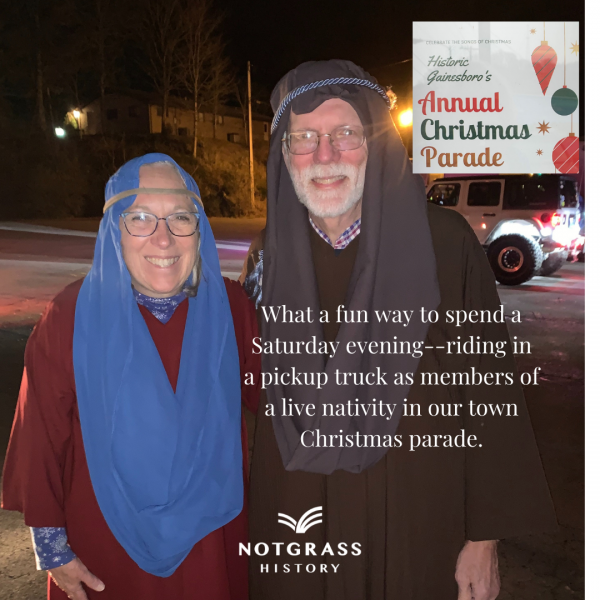