Admiration. Though Nancy Reagan heard her husband give speeches hundreds of times, no one sat in rapt attention to those speeches quite like Nancy.

Affection. Though Nancy Reagan was serving as First Lady of the United States of America, she never appeared too rushed to hold her husband’s hand.

Devotion. Nancy Reagan was devoted to her husband. Even after he died, she continued day after day to preserve his legacy at the Reagan Library and Presidential Museum.

A couple of years ago, I wrote a post about President Reagan’s mother Nelle after Ray and I visited his childhood home in Dixon, Illinois. Before closing this post with some thoughts about our own roles as wives and mothers, I have copied that post about Nelle Reagan.

Nelle Wilson Reagan was a devoted believer in Jesus Christ. She was a loving mother to her two sons and loving wife to her alcoholic husband. Nelle served in her church and in her community. Her younger son watched the life of his godly mother, took her lessons to heart, and became the President of the United States.

On our way back from the Minnesota homeschool convention, we stopped off in Dixon, Illinois, to tour President Reagan’s childhood home. I was impressed again and again by how Reagan’s mother shaped his life. 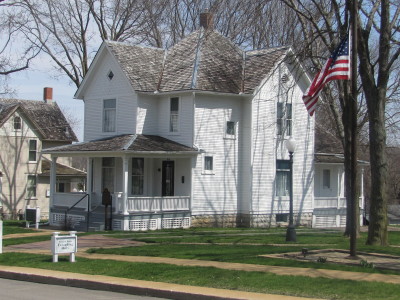 First, we headed to the top of the stairs of their rented home and looked in the guest room. Nelle visited inmates in the local jail and read the Bible to them. When they were released, she invited them to spend their first night of freedom in this guest room, believing they would more likely find a job if they had a chance to get cleaned up. 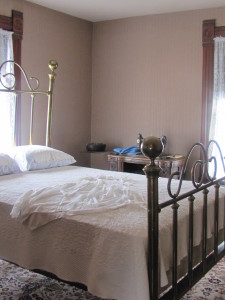 Nelle Reagan was a member of Dixon’s First Christian Church. Both of her sons were baptized there on the day that the church was dedicated. Nell was involved in church programs and taught Sunday School. 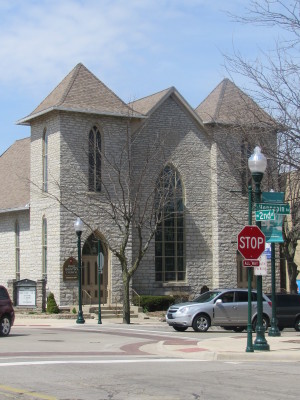 Years later the Reagan family’s furniture burned up in storage after the widowed Mrs. Reagan grew ill and moved in with her son Neil. When Dixon residents began to prepare the home as an historic site, President Reagan and his brother chose similar pieces from catalogs to show how the home looked when they lived there. This was their parents’ bedroom. Ladies from First Christian Church made the quilt. Many years before, three of them had been girls in her Sunday School class. 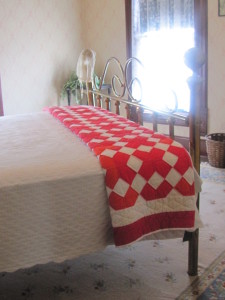 Near the foot of the bed an open Bible lay on a dresser. This Bible actually belonged to Nelle Reagan. Twice her son Ronald took the presidential oath of office with his hand resting on this Bible. 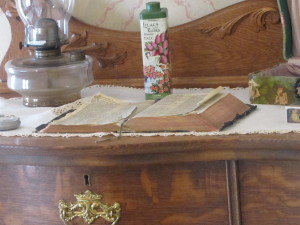 In the evenings the family gathered in the living room for reading and storytelling. Mrs. Reagan encouraged her sons’ reading. Younger son Ronald went to the library about three times a week, checking out hundreds of books during the seven years or so that he lived in Dixon. 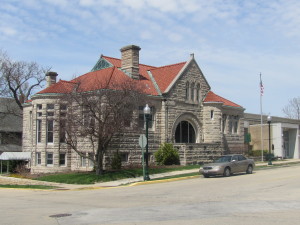 The last room on the tour was the kitchen. Here the family kept their ice box. It was young Ron’s job to empty the tray which caught melting ice. When he forgot, his mother required him to mop up not only the spill, but to mop the entire kitchen on his hands and knees. 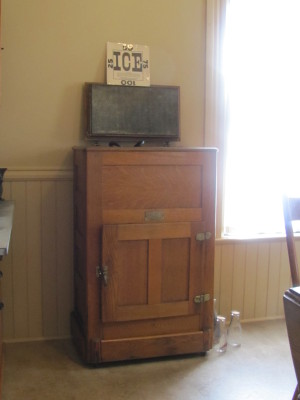 When our tour guide (a former homeschooling mom, by the way) told this story, I was struck by how this simple act of discipline helped to shape the man that President Ronald Reagan became.

My son, observe the commandment of your father
And do not forsake the teaching of your mother;
Bind them continually on your heart;
Tie them around your neck.
When you walk about, they will guide you;
When you sleep, they will watch over you;
And when you awake, they will talk to you.
Proverbs 6:20-22, NASB

An excellent wife, who can find?
For her worth is far above jewels.
The heart of her husband trusts in her,
And he will have no lack of gain.
She does him good and not evil
All the days of her life.
Proverbs 31:10-12

I have a 30-minute webinar explaining From Adam to Us at 1:00 p.m.Central Standard Time today (March 7). If you would like to attend, go to this link and click on the yellow button that says Register Now!