The Confederate Army usually named battles for landmarks, while the Union Army usually named them for a geographic location. Thus the Union Army called the Battle of Shiloh the Battle of Pittsburg Landing, which was the landing along the Tennessee River where their boats landed. The Confederates called it Shiloh because it took place around Shiloh Church.

The Shiloh Church is a United Methodist church which now meets in a more modern building. However, a replica of the original church sits nearby. 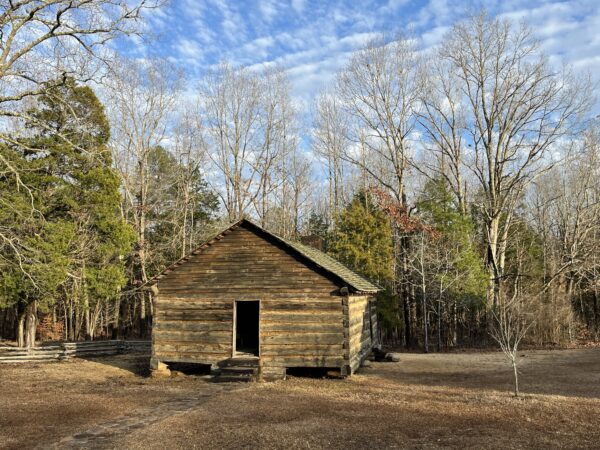 We and our family enjoyed sitting on the wooden benches inside. 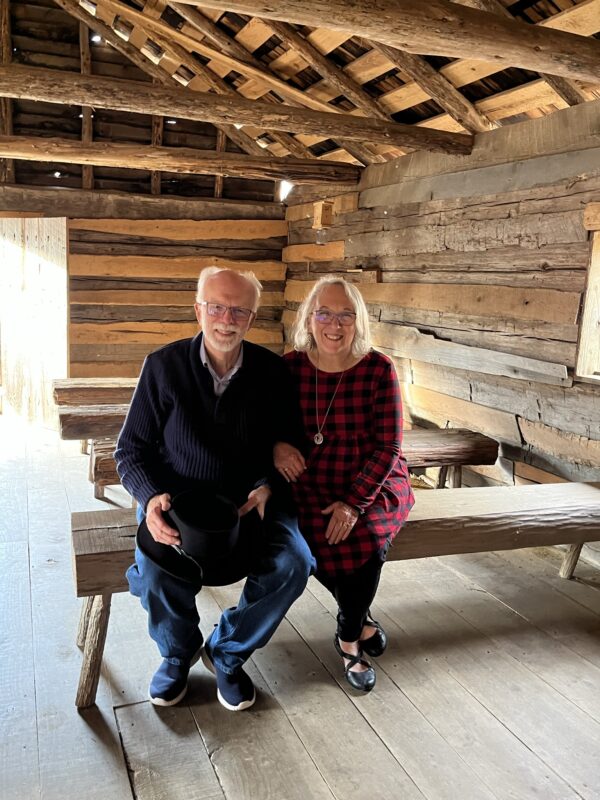 By far the cutest pictures at the church are of adorable grandchildren, but Ray and I also enjoyed posing at the side door . . . 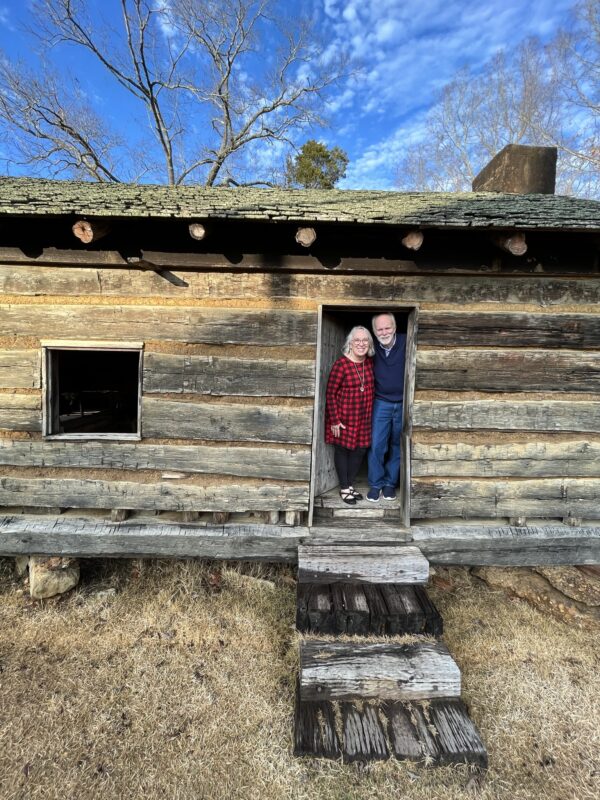 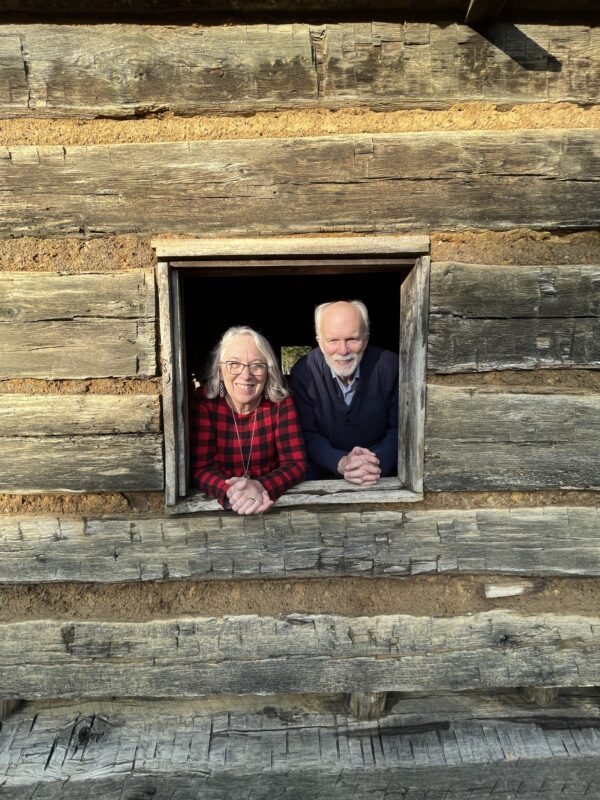 Taking field trips is a wonderful way to learn history. There are ways to make history boring and ways to make it fun. There are ways to make field trips boring and ways to make them fun. Our grandchildren learned about some sad history. They also had fun hanging from the wooden beams near the ceiling of the Shiloh Church and pretending to lead singing at its small wooden pulpit. We stopped often during our driving tour of the park. The grandchildren climbed on monuments and sat atop cannons. In the words of Grandpa in Frank Capra’s You Can’t Take It with You, they had “a truckload of fun.”

But the fruit of the Spirit is love, joy, peace,
patience, kindness, goodness, faithfulness,
gentleness, self-control;
against such things there is no law.
Galatians 5:22-23