This is the morning that we begin to practice Mary Evelyn’s play at the performing arts center. Last week’s practice was at a church which graciously lets us use their building free of charge year after year.

Moving out of the church means a host of volunteers vacuuming, moving chairs, and cleaning, and, for Mary Evelyn and me last week, gathering up fabric scraps and props and such accumulated over the week.

Mary Evelyn’s car was packed to the gills when we drove away on Friday. One of my items that had made it to the car was the bag filed with toys I had taken.

After we left the church, we went to Hobby Lobby to find fabric for ten more headdresses before making the 35-minute drive  home. When Mary Evelyn dropped me off at our house, I began to gather up my menagerie of belongings. The toy bag was nowhere to be found. I just couldn’t figure it out. Was it buried in the huge pile inside the hatchback?

Then Mary Evelyn remembered seeing the bag in that dreaded spot — on top of the car. “Oh, no!” I wailed. Puppets are a special activity for our grandchildren and their Little. I have been collecting inexpensive ones for several years now and four of them had made the trip with me to play practice.

“What to do? What to do?” I wondered. “Should I drive in? Should I call the church? We have been gone from the church for so long. What is the likelihood that the puppets are still there?”

I decided to contact my friend Terry who lives in the same town as the church. Yes, she did have plans for errands that afternoon and she would be happy to go and look for me. I suggested that she start looking before she actually got to the building.

Yippee! A block and a half away from the church and scattered in a sort of median in the middle of a quiet residential street were the toys and all four puppets! Thank you, Terry!

This is actually our second puppet rescue in just two months. The last time we went to visit our two grandsons and their daddy and mama in Missouri, we stopped on the way back home so I could take some pictures of Illinois farmland. 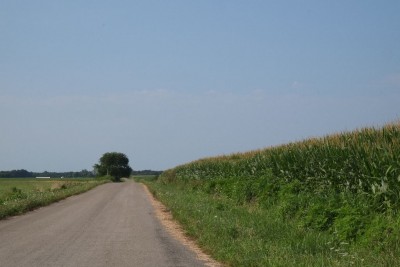 I noticed some pretty wildflowers, too. 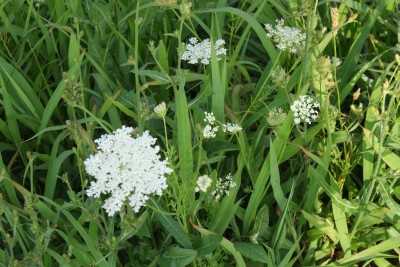 After walking across the highway and noticing these corn shadows. . . 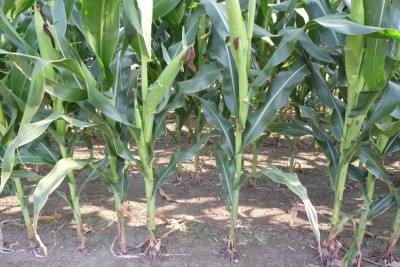 . . . I had a wild hair. Since Queen Pinky and King Bluey were in the car with us (after accompanying us to Missouri to visit with three-year-old Henry), I decided to snap their pictures on a couple of ears of corn. I know King Bluey looks more like a gnome than a king, but, in our family, he’s King Bluey. That’s just the way it is. 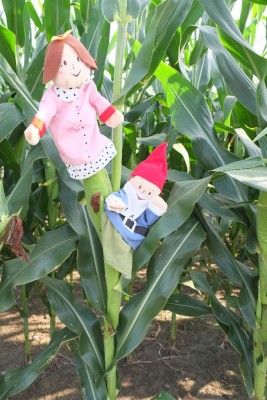 Then I got back in the car with my patient husband and we headed south toward Tennessee. In a few minutes, I said to Ray, “Where’s Bluey?” I couldn’t find him anywhere.

Back we drove for a couple of miles until we found the country crossroads where we had stopped before. As we drove along, we talked about Bluey like he was a member of the family — not “What happened to that blue puppet with the gnome hat on?” but “We have to find Bluey.”

We found our crossroads and there beside the spot where we had parked was King Bluey. He must have slipped out when I slipped in.

Life is full of surprises. After all these years, I don’t remember a single puppet rescue and here I have had two in two months.

We humans don’t like to lose things. God doesn’t either. Jesus taught us about how God feels when a person who is lost is found. In the parable of the lost sheep, He tells about a man who had 100 sheep and lost one of them. This is what happened after he found his sheep.

And when he comes home,
he calls together his friends and his neighbors, saying to them,
‘Rejoice with me,
for I have found my sheep which was lost!’
I tell you that in the same way,
there will be more joy in heaven over one sinner who repents
than over ninety-nine righteous persons who need no repentance.
Luke 15:6-7