Last Tuesday evening Ray and I had the privilege of attending our son John’s first live performance of his program “The Life of Laura Ingalls Wilder in Story and Song” at the library in Warrenton, Missouri. 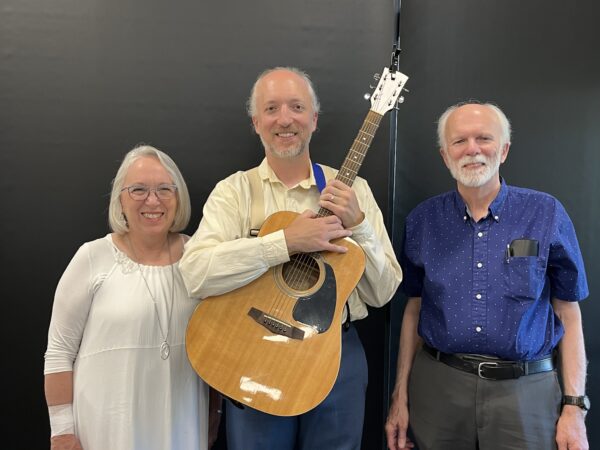 You may have seen John present this program online, as we have, but it was very special for us to get to see him do it in person for the first time. This is especially true since he was first scheduled to perform it at the same library two years ago, but it was cancelled during COVID restrictions. We had been so disappointed that time, so this was a treat.

Music was precious to the Ingalls family. Pa, Ma, Mary, Laura, Carrie, and Grace moved often and lived in several states. However, when the red-checked tablecloth was on the table, the china shepherdess was on the shelf, and Pa was playing his fiddle in the twilight, the Ingalls family was at home. The girls lived securely in the knowledge that their strong Pa would feed and defend them while their gentle Ma would care for and train them. They knew that Pa and Ma would always love each other and always love their girls. In the midst of their moves and the many dangers that threatened the little family, singing and dancing to Pa’s fiddle tunes helped them feel secure.

Laura mentioned over 100 songs in her books. They are an excellent source for how music played a part in the history of American frontier life in the last half of the 19th century. When John presents this program, he tells stories, shows images, and performs songs telling about the lives of the Ingalls family on the western frontier. 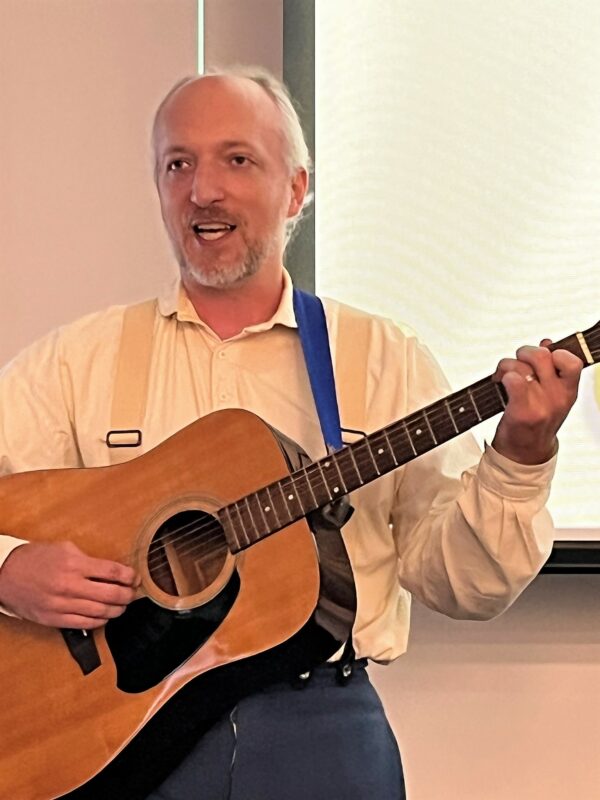 At the beginning of his program, John told about our family’s multigenerational connection with the Ingalls, beginning with my reading the books aloud to our children while we were homeschooling and continuing through four generations of our family visiting places where Laura lived. In the lower center of the screen below, my mother stands beside a covered wagon in Walnut Grove, Minnesota. 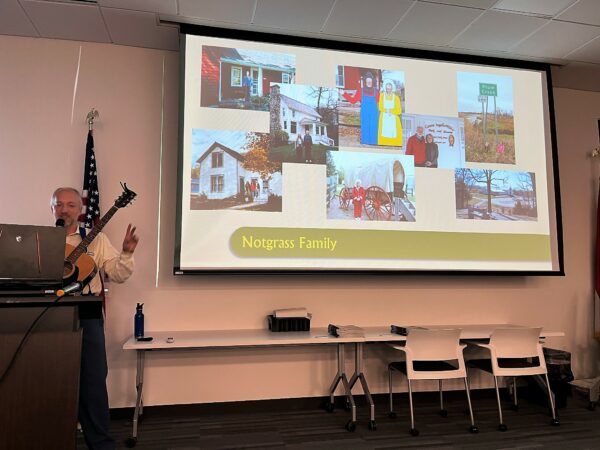 John’s audience paid close attention. They applauded. When a song was funny, they laughed. In By the Shores of Silver Lake, Laura wrote about the song “The Big Sunflower.” When John sang the chorus . . .

Oh, I am as happy as a big sunflower
That nods and bends in the breezes
And my heart is as light as the wind that blows
The leaves from off the treeses.

. . . the audience laughed at “treeses” every time. Maybe John’s online audiences laugh, too, when he sings that song, but we never knew it before because we obviously couldn’t hear them since we were watching it online.

At the end of the program, John introduced Pa Ingalls’ favorite hymn, “In the Sweet By and By.” He told about the song being included in Pa’s funeral. When John sang it on Tuesday night, people in the audience began to sing along. It was beautiful.

And the Word became flesh,
and dwelt among us;
and we saw His glory,
glory as of the only Son from the Father,
full of grace and truth.
John 1:14