Note: I accidentally posted this one morning while Ray and I were in North Carolina in mid-October. I realized my accident soon after and removed it. So, if you read this in the two or three hours it was posted back then, you aren’t losing your mind–and I’m not either.

The tabernacle must have been beautiful with its gold and bronze decorations; the blue, purple, and scarlet fabrics; and its rams’ skins dyed red. Red is a beautiful color, or should I say red is many beautiful colors? 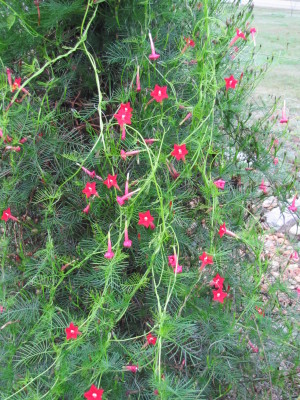 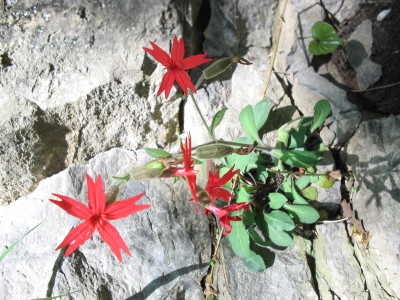 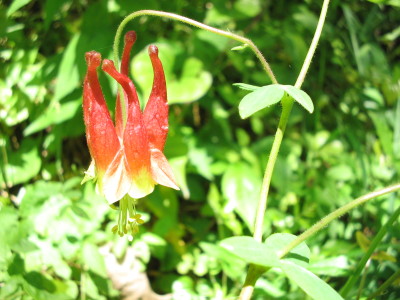 The Bible speaks of at least four reds: red, crimson, scarlet, and ruddy. According to Webster’s dictionary, ruddy is a healthy reddish skin color and crimson is the word used for purplish reds, while red and scarlet can both be many shades of red. Mark, Luke, and John all described the robe the soldiers placed on Jesus as purple, but Matthew called it scarlet (Matthew 27;28). Matthew’s scarlet must have been one of those purplish shades of red.

The first reference to red in the Bible concerns Esau, son of Isaac and Rebekah and twin brother of Jacob. Esau was red when he was born (Genesis 25:25). He later caused himself terrible trouble when he was hungry enough to sell his birthright for his brother Jacob’s red stew. After that, Esau was called Edom, a word associated with red or ruddy in Hebrew. Two other people were described as being ruddy, the lover in Song of Solomon 5:10 and David the shepherd boy who became king (1 Samuel 16:12).

Once when twins were being born, the midwife tied a scarlet thread on the hand of one of them. Priests used scarlet strings in cleansing rituals (Leviticus 14). Rahab used a scarlet cord to help her Israelite rescuers find her window when the walls of Jericho fell down (Joshua 2). While the worthy woman of Proverbs 31 was clothed in purple, her household was clothed in scarlet.

One time when Jesus was answering the Pharisees and Sadducees, He used a red sky to teach them a lesson about discerning the signs of the times. He spoke about how people at the time predicted weather. A red evening sky indicated fair weather, while a red sky in the morning meant stormy weather.

Perhaps the most comforting mention of red in the Bible is this:

“Come now, and let us reason together,”
Says the Lord,
“Though your sins are as scarlet,
They will be as white as snow;
Though they are red like crimson,
They will be like wool.”
Isaiah 1:18, NASB