Yesterday morning in our mid-week ladies Bible class, we began with prayer requests as we do each week. One lady asked for prayers for her brother. Her concern was so great that her tears kept her from being able to tell the whole story. Another was rejoicing that after a year of worry, her son is finally responding well to medical treatment.

Yet another was rejoicing at the amazing things God is doing in her family. Many months ago she shared her great concerns with me. She has been praying faithfully for spiritual wholeness and for family unity. She has been praying year in and year out for many, many years. The spiritual wholeness and unity she has longed for is happening and now she is gratefully rejoicing.

Sometimes we have to wait for what we want for a very long time.

Her story reminds me of what Jesus said as He began to teach a parable one day:

Now He was telling them a parable
to show that at all times they ought to pray
and not to lose heart . . .
Luke 18:1

One little girl in Touched by the King tries again and again to get to Jesus so that He will do what she longs for Him to do for her. The first time we meet Leah is by the Sea of Galilee.

As the scene opens, two fishermen are mending their nets. The fisherman in beige (called Eliab) is asking the one in brown (called Korah): “You mean all four of them are gone?”

Korah responds, “All four. First Peter and Andrew, then James and John. We were all mending our nets as usual, when all of a sudden that Nazarene everyone is talking about showed up.”

When Korah tells him that Jesus told Peter, Andrew, James, and John that he would make them fishers of men, Eliab wonders what that means. He wonders how they will earn a living. He says, “You watch. They’ll be back.” 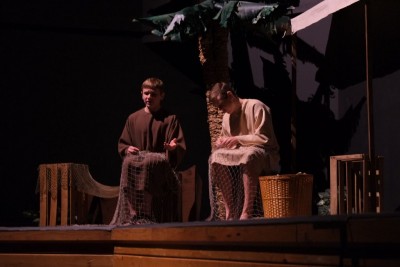 Eliab’s daughter Leah enters, bringing his lunch. She starts talking to her father about Jesus, too. When she tells him some of the amazing things she has heard that Jesus has done, Eliab becomes annoyed and tells her to go home and help her mother. 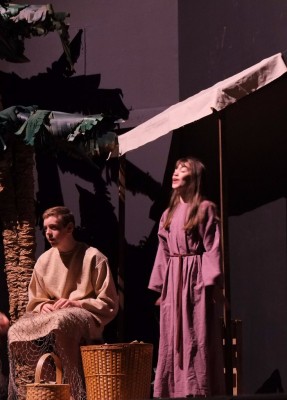 When Leah leaves, Korah takes her words to heart. He realizes that Jesus is not another rebel trying to overthrow Rome or something. He suggests that maybe Eliab should take his blind wife to see Jesus, too. Eliab tells him that his Junia has been blind since Leah was a baby and that there is nothing a Nazarene rebel can do to fix it!

In Jairus’ house, his daughter and her friends discuss her father’s reaction to Jesus. She tells them about the hard place he is in. He likes what Jesus teaches, but he knows what the Pharisees think, too. 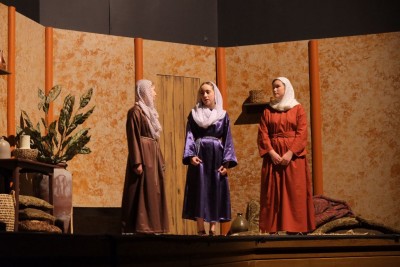 In the next scene a huge crowd has gathered to listen to Jesus — so many that they can’t even see into the doorway. 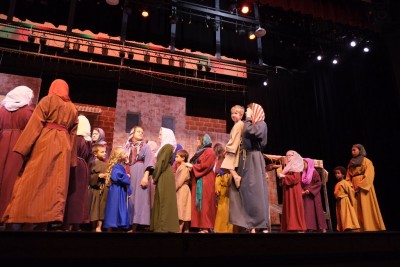 When Leah arrives with her blind mother, they are not able to get anywhere close to Jesus. 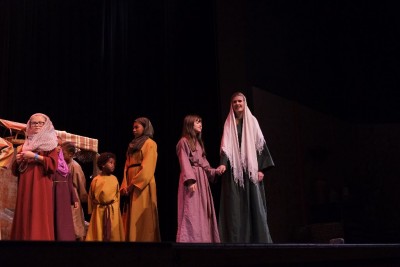 But when four friends arrive with their paralyzed friend . . . 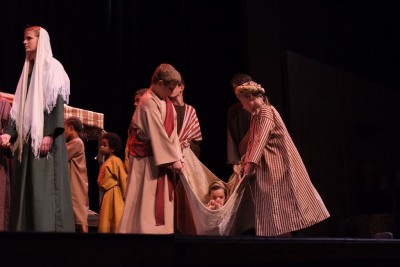 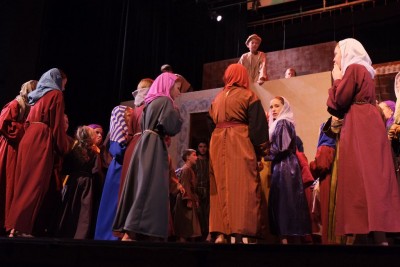 In no time, Jesus has forgiven his sins and made him walk! 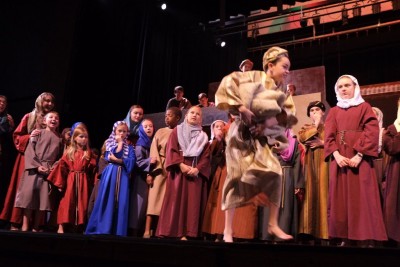 When the joyous crowd disperses . . . 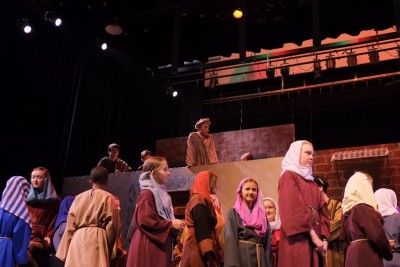 . . . Leah and her mother make their way to Peter, who is ecstatic that Jesus can teach a crowd, heal a paralyzed man, and put the Pharisees in their place all at once! When Leah asks to see Jesus, Peter tells them that he has gone away because He needs time to rest and pray. 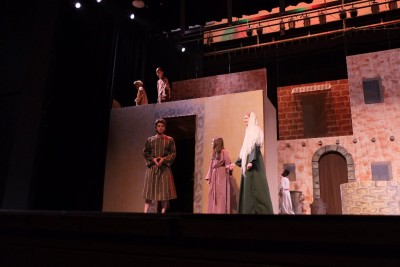 Be faithful. Try again. Don’t give up. Rest. Wait. Trust.

Rest in the Lord and wait patiently for Him.
Psalm 37:7