I imagine you are like me in that you tire of the bombardment of negative news stories. I love this verse from Philippians telling us what to think about.

I recently began reading a book about an early Tennessean. A major university press published it as the second part of a series. On the back of the book, the author claims to sort through the legends about this person and nail down the facts to present his true story. That sounds good, doesn’t it? However, there is a problem. I know a couple of the experts whom the author contacted while she was writing it. They are very angry about the blatant errors. The author even quoted one of them as saying something that she never said and that is definitely not true.

I cannot understand why a major university press published this book. After I began reading the book, I asked Ray why this had happened. He said, “It seems to be an attempt to debunk someone who is well-known.” Ray thinks this book appears to be another example of the desire to criticize people of great reputation to show how they aren’t so great after all.

However, there are good history stories to think about, too. Let’s think about some stories about presidents and first ladies that fit with what Philippians 4:8 tells us to think about.

True — After Ulysses S. Grant left the White House, he became a partner in a business that went bankrupt. After learning that he had cancer, he worked diligently to write his memoirs, hoping it would earn enough to pay his debts and leave money for his family. With his family gathered around him, he died shortly after writing the last page. The memoir earned almost $450,000.

Honorable — Future president Chester Arthur did not always act with complete integrity while he was running the Customs House in New York City. However, after Arthur became president of the United States following the assassination of President Garfield, he changed. He decided not to be involved in corruption anymore. He worked for integrity in the U.S. Post Office and in the hiring of federal employees.

Right — President George Washington did not have children of his own, but after marrying the young widow Martha Dandridge Custis, he became a devoted stepfather to her two children, Jacky and Patsy. After Jacky died of illness during the American Revolution, he and Martha reared two of Jacky’s children.

Pure — In 1973 the United States government was in a crisis. Both President Nixon and Vice President Agnew had committed crimes. When Agnew resigned as vice president, the U.S. Congress had to pick someone to succeed him. Gerald R. Ford had been serving in the House of Representatives for 25 years. He was respected as a man of integrity. Congress chose Ford to be the new vice president. When Nixon resigned in 1974, Ford became America’s first and only president to have never been elected as either vice president or president.

Lovely — Each spring beautiful cherry trees bloom around the Tidal Basin in Washington, D.C. First Lady Helen Taft worked to get those planted. In 1912 she and Viscountess Iwa Chinda, wife of the Japanese ambassador, planted the first two of them.

Commendable — After President Rutherford B. Hayes left the presidency, he worked to help black and white children in the South receive a good education.

Excellence — In 1948 the city of Berlin, Germany, was in dire danger. The U.S.S.R. had blocked road access into the city. President Truman made the excellent decision to begin the Berlin Airlift, in which American and British pilots flew into Berlin to provide 2.3 million tons of lifesaving food, water, clothes, and coal. At the height of the airlift, planes landed in Berlin every one to two minutes.

Worthy of praise — President John Adams deeply respected his wife, Abigail. One time while he was president, they were apart while she was recovering from an illness. Adams wrote to her, “I never wanted your advice and assistance more in my life.”

Now, there are some good things to think about. 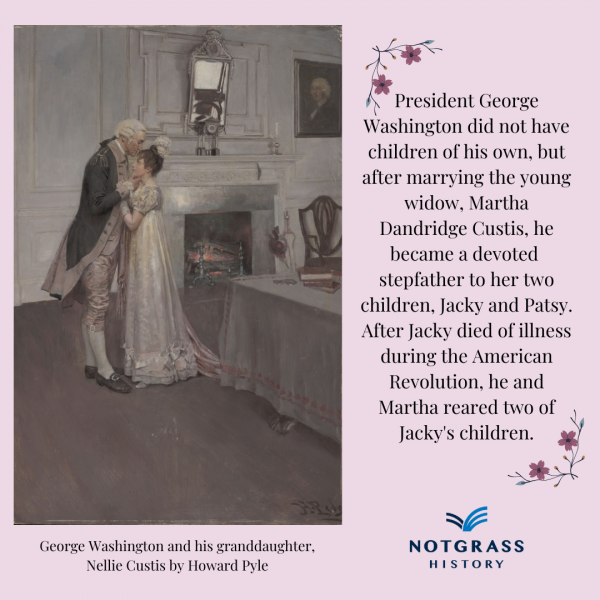