I pray that you have a wonderful 4th of July. As I sat down yesterday to write this for you, I looked for 4th of July pictures on the Library of Congress site. Four pictures were from the 4th of July celebration in Tacoma, Washington, in 1922. When it dawned on me that those pictures were from 100 years ago, I decided they would be a good subject for today.

Citizens of Tacoma celebrated with girls in a goat-pulled cart, . . . 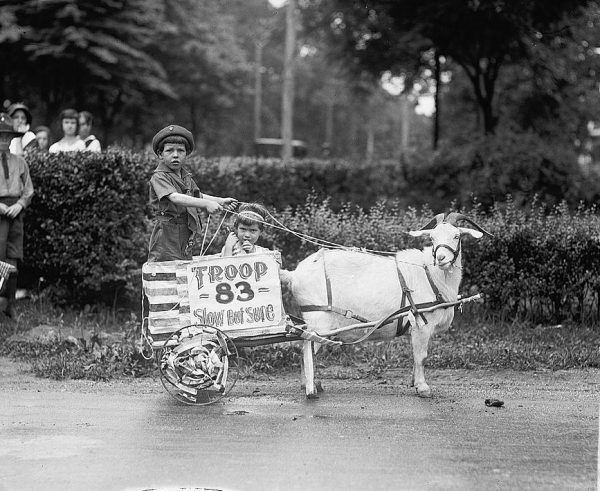 children on a float for a nurses corps at a sanitarium and hospital, . . . 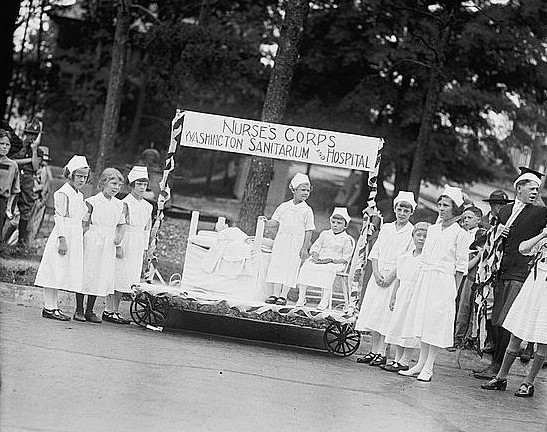 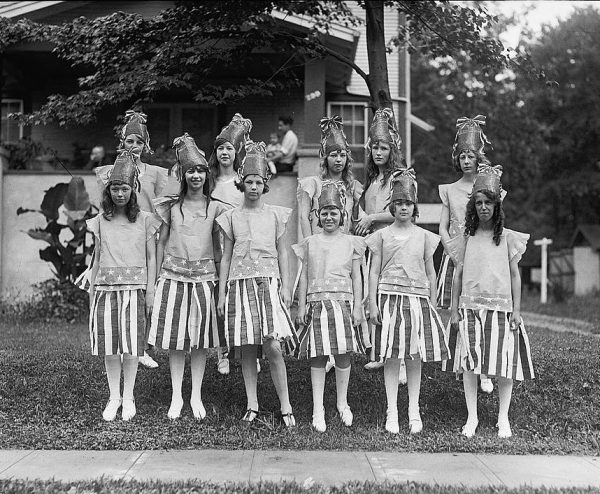 and boys portraying American drummers and a fife player during the American revolution. 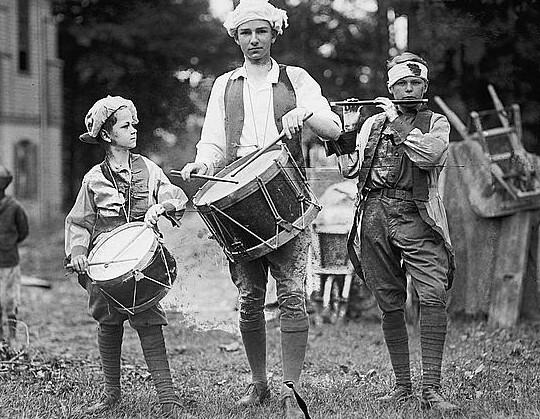 I learned that Lakewood, Washington, a suburb of Tacoma, was home to Tacoma Speedway in 1922. It was considered the second best auto racetrack in the country behind the Indianapolis Speedway. Shockingly, the Tacoma track was made of wood! The track opened in 1912 but an arsonist burned down its stands in 1920. New small grandstands were constructed but the track continued to lose money.

In late May 1922, motorcyclist Wells Bennet set an endurance record at the track. He rode 1,562.54 miles during a 24-hour period! He only stopped to refill his tank, take brief rests, and check his oil.

The last race at the Tacoma Speedway was on that same 4th of July as the photos above—July 4, 1922. Aviators later used the grassy center of the track for landing airplanes. The site began hosting national air shows instead of car races.

As seen in the photo above, residents and visitors can see beautiful Mount Rainier from Tacoma.

I hope that you are able to be outside in America the Beautiful today as we celebrate the beautiful America God created and the bravery of the patriots who bravely adopted the Declaration of Independence on July 4, 1776. Below are some breathtaking scenes of what God created at and around Mount Rainier.

He made meadows of wildflowers, . . .

He created this lake which reflects Mount Rainier at the top of the Tatoosh Range and . . .

this beautiful scene of Mount Rainier and the Nisqually Glacier at dusk.

By awesome deeds You answer us in righteousness, God of our salvation,
You who are the trust of all the ends of the earth and the farthest sea;
Who establishes the mountains by His strength,
Who is encircled with might;
Who stills the roaring of the seas,
The roaring of their waves,
And the turmoil of the nations.
They who dwell at the ends of the earth stand in awe of Your signs;
You make the sunrise and the sunset shout for joy.
Psalm 65:5-8