My family looked like other American families of the 1950s . . . 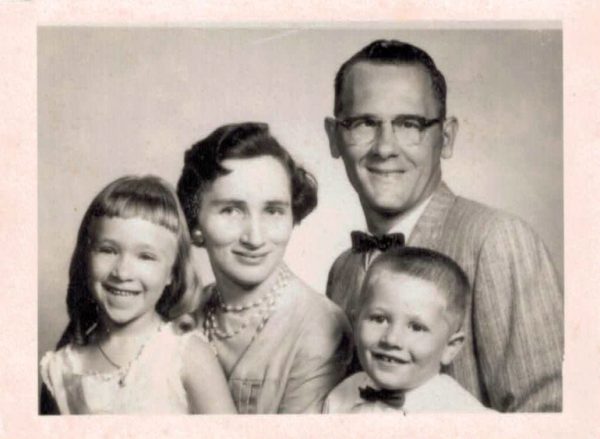 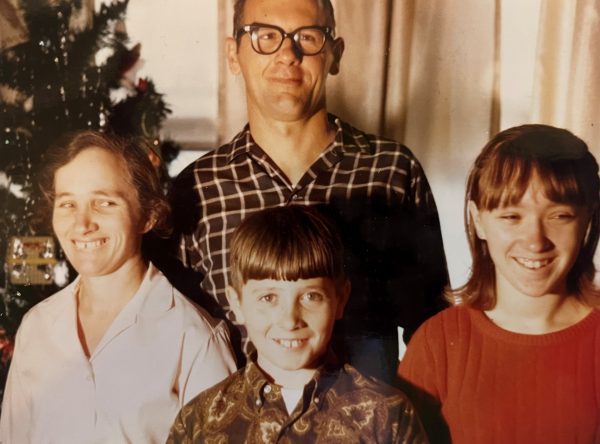 We dressed like other families. When Daddy went to work at his daddy’s grocery store, he wore khakis and a white shirt with an embroidered Boyd’s Market patch over one pocket and Charles over the other pocket. He wore a suit to church every Sunday. My brother Steve wore jeans with iron-on patches to school. Steve wore his “church clothes” on Sunday. Mother and I wore dresses. On Easter Sunday, we wore hats and gloves and corsages. And, of course, we never wore white dress shoes before Easter or after Labor Day. My brother played Little League baseball in the summer and football in high school.

But while other families were driving station wagons, Mother and Daddy were driving a very cool Volkswagen bus. Today we would call it a van, but back then folks called it a bus. It looked something like this, but ours was cream and deep red. 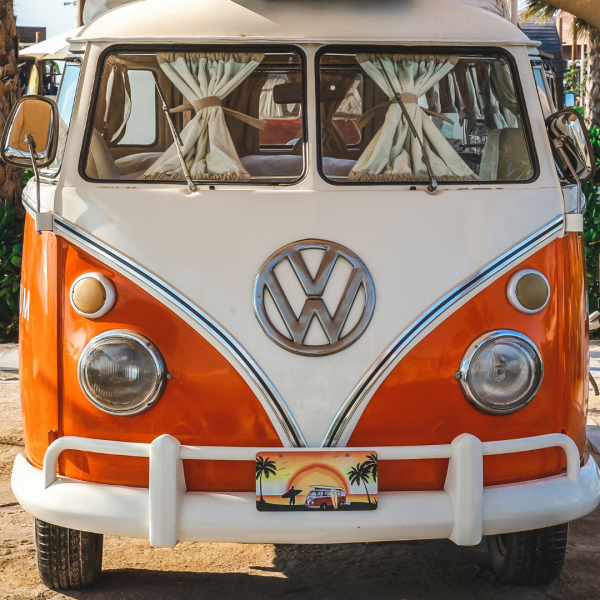 Ours wasn’t an official camper like this one. Mother and Daddy turned ours into a makeshift camper though. It was simple. They took out the middle seat and laid a twin mattress on the floor for them. Steve slept in the cargo bay in the rear and I slept in the front seat with the gear shift—more about that gear shift below. And the front windows had no curtains. Wow, we had lots of fun in that camper—not so much sleep maybe, but lots of fun.

Our bus had four forward gears plus reverse. The gear shift was a tall shaft that rose up from the floor with a ball on the top. Back then, we called that a four-in-the floor.

In the middle of the gears was neutral. You always had to put the car into neutral when you stopped. Otherwise the car would lurch forward and the engine would die. When a traffic light changed to green or it was your turn to pull away from a stop sign, you started the gear shifting process over again beginning with first gear. You could press your foot on the accelerator with all your might, but the vehicle would go nowhere until you moved the gear shift out of neutral and into first gear.

The world would have us believe that there is also a neutral place in education, in information, in learning of all kinds. I don’t believe that for a minute. Every teacher, every newscaster, every person who opens his or her mouth has a worldview. Every textbook, lesson, lecture, or news story includes a worldview. That worldview comes from faith in God or from the opposite of faith in God.

Manual transmissions do have a neutral place, but there is no neutral in the world of ideas. Thank you for teaching your children a decidedly Christian worldview.