Playgoers met a very young George Müller in Germany (which was simply a spotlight in front of the scarlet grand drape) as his father confronted him about stealing money from his desk. Young George’s loud protests ended only after the elder Müller found the money in his son’s shoe. Mr. Müller told George then that he would never amount to anything if he didn’t change his ways.

When the lights come back up for scene two, time has fast forwarded several years and we are now in Bristol, England. Soon we meet several townspeople as individuals sing solos, partners sing duets, and all sing the chorus of “Chivvy Along.” 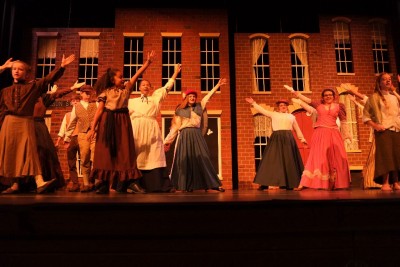 Soon we meet a grown-up George Müller as he runs into a friend from university days in Germany. The friend tells George he is there on business. George tells his friend that he is in Bristol on God’s business and about his new life as a follower of the living God. 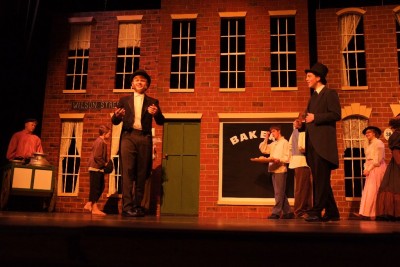 On Wilson Street, George meets two beggar children and gives them a donation. 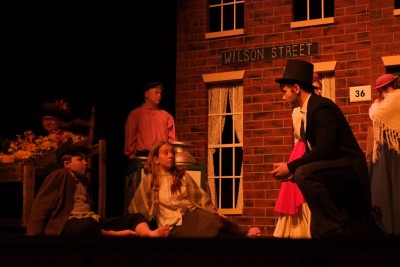 As the children try to purchase food, another street kid named Charlie steals their money. When a constable comes to nab Charlie, he runs away with the constable at his heels, leaving the beggar brother and sister hungry again. 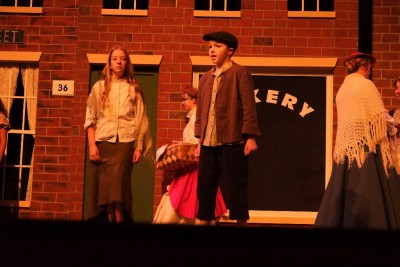 In scene three, George Müller and his wife Mary stroll along Wilson Street at twilight, while discussing their plans to start an Orphan House and to run it without ever asking anyone for money, except God alone. While they talk, the constable again chases Charlie. George tells Mary that he was once like that little boy. Mary says, “And now you stand as proof that God’s love can change anyone.”

In scene four, townspeople watch as a teacher from the new Müller Orphan House leads her class . . . 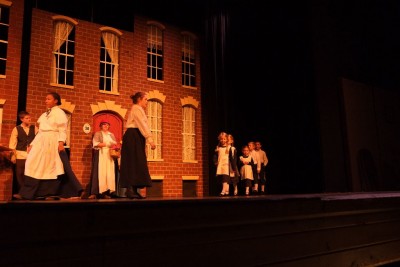 . . . in a musical outdoor math lesson based on the English nursery rhyme, “Five Currant Buns.” 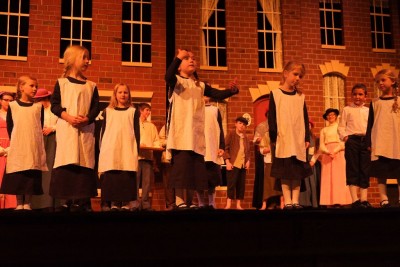 Lights come up on an overworked Ben Clark and his family in his carpenter shop. 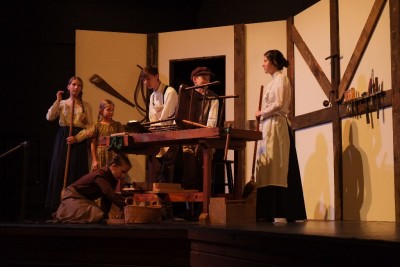 Rich, snooty Mrs. Bickley enters with her daughter to inquire about how  things are going with her new chairs. She discusses her disgust at the ragamuffin urchins George Müller has brought into her neighborhood. 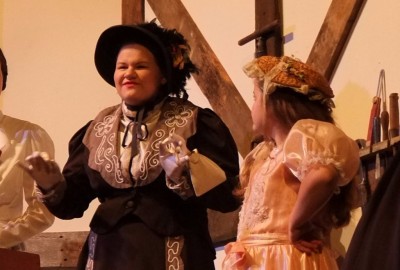 Dora, another customer, comes in to order a small table. Dora and Mrs. Clark laud George Müller for his work. Dora tells Mrs. Bickle that she won’t have to worry about the orphans in her neighborhood anymore because Mr. Müller has purchased seven acres and is about to build a new Orphan House so he can care for 300 orphans.

During this scene we learn that Ben Clark is putting worry and work ahead of attending church and spending time with his family.

Back on Wilson Street, two townswomen discuss the possibility of helping get Charlie, the little thief whom the constable keeps chasing, into the Orphan House. 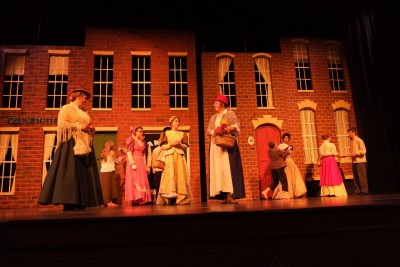 Back in the carpenter’s shop, the Clark family is again discussing his lack of time for his children when the oldest Clark daughter enters. 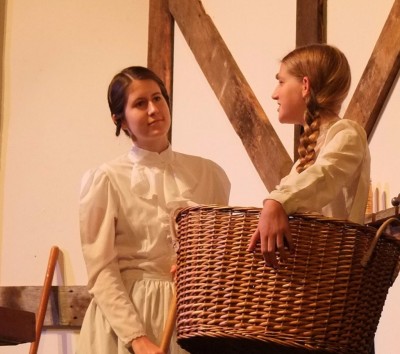 She has just met George Müller on the street and he has asked if he can come to visit her father. When Ben Clark sees Mr. Müller, he immediately starts talking about how he wants to come back to church but that he can’t because he has to work so hard to support his family.

George Müller tells him, “My dear brother, it is not your work which supports your family, but the Lord. The Lord would surely provide for you if you worked fewer hours so you could spend time with Him and with your family and get proper rest.” 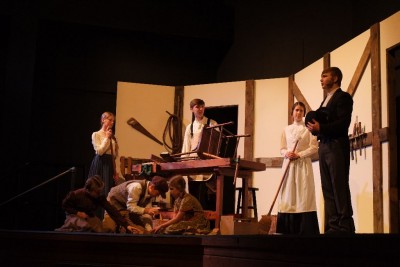 When Ben questions how he can make ends meet if he follows Müller’s advice, George replies: “Our God is as willing as ever to prove Himself faithful to all who trust in Him.” 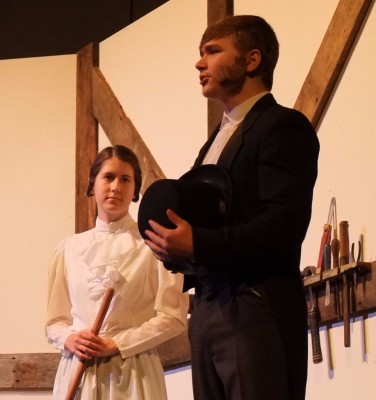 When George Müller leaves, Dora enters to cancel her order for a table, explaining that she won’t be needing it now that she has made the decision to sell all she has, give it to the ministry for orphans, and move to the Orphan House to take care of the children. 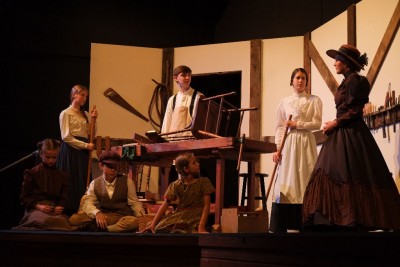 When Dora leaves, Sarah Clark hurries to her father and says, “Papa! Now that you don’t have to make a table for her, maybe you can come to church with us on Sunday!” 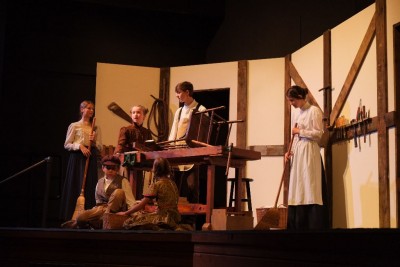 Müller went from loving money enough to steal it to trusting God for every penny (or rather pence) and teaching others to trust Him. We can trust Him, too.

Story and photos from Street Robber: The Story of George Müller and His Orphans by Mary Evelyn McCurdy, performed by the Homeschool Dramatic Society at the Cookeville Performing Arts Center, Cookeville, Tennessee, September 15-17.