Throughout the years of writing to encourage you, I have shared stories about times that I encountered people of faith. Today I want to tell you about two people who blessed us this week.

Ray and I have certainly not stayed on the cutting edge when it comes to cars. We are quite happy with a good, old car that runs well, feels safe, is comfortable, and consistently gets us where we are going. Alas, our trusty 2005 vehicle bit the dust a couple of weeks ago. On Tuesday we had it towed to a car dealership for one last attempt at a repair, but the estimate was far more than the vehicle was worth.

A few days before the decision to try the tow to the dealership, we started looking for a replacement. Ray had found a possibility online, so we went to a used car lot to check it out. We didn’t find what we wanted to purchase but we did find who we wanted to sell us a car.

We liked the salesman so much that we decided to wait patiently until he got a car that we would like into his lot. That happened on Monday and we finalized the sale yesterday.

Our car experiences have been a little stressful the last couple of weeks, but not majorly so. Mixed in with the bits of stress have been encouraging experiences with both the owner of the towing company and the car salesman.

When the tow truck arrived in our driveway, Ray went out to talk to the driver who was also the owner of the company. He noticed a prayer on the side of the truck. Regretting that he didn’t take a picture of it, Ray texted the owner, asking for one. 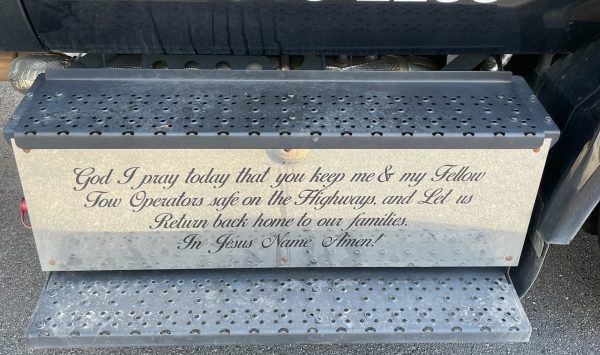 In his text message, the owner said: “This is my daily prayer to keep a hedge of protection over my drivers.”

The name of our car salesman is David Gist. As Ray and I drove away after meeting him for the first time, I remembered that I had heard the name Gist before. One of our biography lessons in America the Beautiful is about the Cherokee Sequoyah. Sequoyah’s last name was Gist.

Sequoyah was a remarkable individual who invented a syllabary for his people. A syllabary is like an alphabet. The difference is that the symbols in an alphabet stand for one sound while the symbols in a syllabary stand for one syllable. As far as historians know, Sequoyah was the first person in the history of the world to invent a completely new system of writing single-handedly without even knowing how to read and write.

The Cherokee Nation adopted Sequoyah’s syllabary in 1825. Thousands of Cherokee learned how to read and write in their native tongue. The nation soon had a higher literacy rate than the American citizens who lived around them.

Missionary Samuel Austin Worcester convinced a missionary board to provide a hand printing press and to create type for the Cherokee syllabary. In 1828 Cherokee leaders in New Echota, Georgia, began to use the new press to publish a newspaper they named the Cherokee Phoenix. It was the first national bilingual newspaper in the United States. Missionaries assisted the Cherokee Nation in publishing the Bible, hymn books, and tracts in Cherokee. They also printed almanacs and government publications. By the time of Sequoyah’s death in 1843, over four million pages had been printed in the Cherokee language. These publications helped to record Cherokee history and culture.

As Ray and I drove home, I called David and asked if he was part Cherokee. He told me that he was part Cherokee through his maternal grandmother and asked how I could tell. I told him that I wondered because of his last name and then told him about Sequoyah. I hope he will be able to see if he has Cherokee ancestry on his father’s side, too.

From the start, we were impressed with David’s straightforward manner, openness, honesty, and great work ethic. He also demonstrated his commitment to his family. At his desk, we saw photos of his wife and four children. In conversation he mentioned his mother, his sister, his grandmother, and his grandfather who was a minister. In his cubicle, we saw evidence of the source of the good traits we saw in him. Displayed was this statement: “I’m blessed with everything I need. I am working hard towards everything I want. And most of all, I appreciate and thank God for what I have.”

David also had a verse on display:

. . . in everything give thanks;
for this is the will of God in Christ Jesus for you.
1 Thessalonians 5:18 NKJV

I remember my own Sunday School days when my teachers taught me to sing about Jesus’ teachings about letting our lights shine. This week we appreciated the welcome help of two men who were doing that. Teaching your children how to do that today will bless other folks like Ray and me now and in the future.

In the same way, let your light shine before others,
that they may see your good deeds
and glorify your Father in heaven.
Matthew 5:16 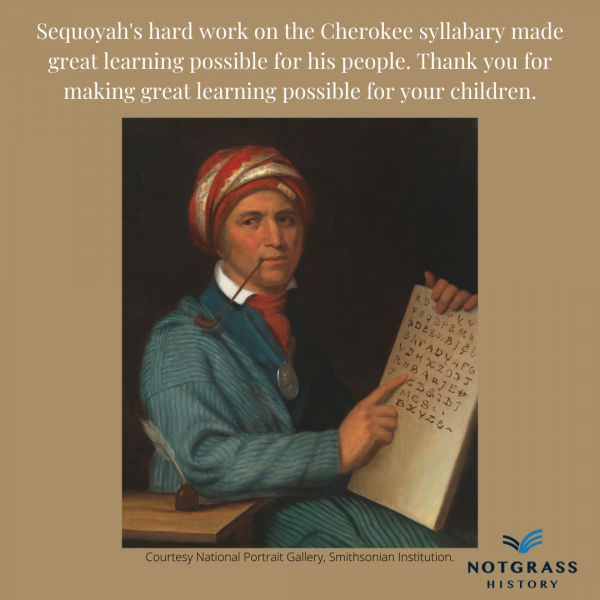