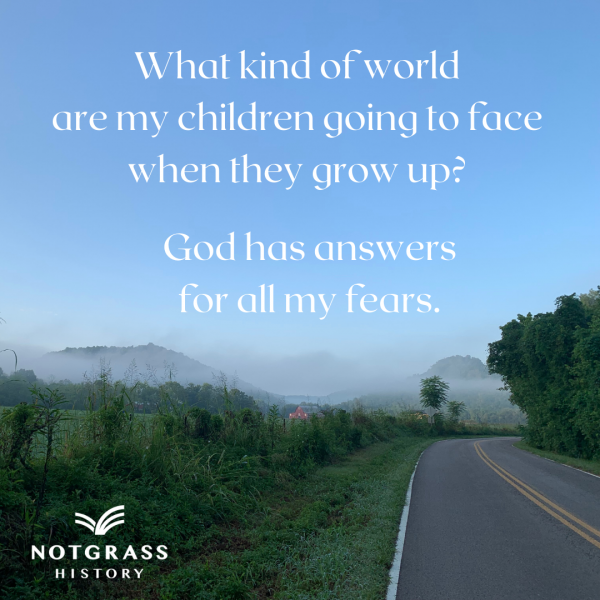 Earlier this week a homeschooling mama expressed a concern that I know many of you are feeling also:

What kind of world are my children going to face when they grow up?

For decades, many Christians, including Ray and I, have shared this same concern. I don’t know if it is really true, but the pace of the downturn in our culture seems to be going faster and faster. Many American Christians feel as if they are strangers and aliens in their own country.

Ray and I were newlyweds in 1976 when Christian writer Dr. Francis Schaeffer published a series of films entitled How Shall We Then Live? Schaeffer’s question is key. We must honestly face the state of our culture and then decide how then we shall live.

For several weeks, I have been thinking about writing to you about how God answered that question for the Israelites who were literal strangers and aliens in a foreign country. The prophet Jeremiah was in Jerusalem when he wrote a letter to Israelites who were exiled refugees in Babylon. They were refugees because God was punishing the Israelites for being unfaithful. Jeremiah’s letter quoted the exact words God had told Jeremiah to say.

Build houses and live in them;
and plant gardens and eat their produce.
Take wives and father sons and daughters,
and take wives for your sons and give your daughters to husbands,
so that they may give birth to sons and daughters;
and grow in numbers there and do not decrease.
Seek the prosperity of the city where I have sent you into exile,
and pray to the Lord in its behalf;
for in its prosperity will be your prosperity.
Jeremiah 29:5-7

As you educate your children, you are preparing them to establish homes, to become parents, and to contribute to the wellbeing of the places where they will live. At the same time, you are training them how to live as strangers and aliens. The New Testament teaches us that we are strangers and aliens in the world. The apostle Peter instructed early Christians how to live in a culture that opposed them and how to influence the other people living in it.

First Peter reminded them of who they were:

But you are a chosen people, a royal priesthood,
a holy nation, a people for God’s own possession, . . .
1 Peter 2:9a

Then Peter told what their purpose was:

. . . so that you may proclaim the excellencies
of Him who has called you out of darkness
into His marvelous light; . . .
1 Peter 2:9b

Then Peter reminded them again of who they were:

Then Peter told them how they should then live:

Beloved, I urge you as foreigners and strangers
to abstain from fleshly lusts, which wage war against the soul.
Keep your behavior excellent among the Gentiles,
so that in the thing in which they slander you as evildoers,
they may because of your good deeds, as they observe them,
glorify God on the day of visitation.
1 Peter 2:11-12

In Jeremiah, God told the Israelites to pray for the people living around them. In 1 Timothy, He told Christians to pray for everyone so that we may lead tranquil, quiet, godly, dignified lives.

First of all, then, I urge that requests, prayers,
intercession, and thanksgiving be made in behalf of all people,
for kings and all who are in authority,
so that we may lead a tranquil and quiet life
in all godliness and dignity.
1 Timothy 2:1-2