It was with a mixture of joy and a bit of trepidation that I got ready to leave home with Ray last Thursday and head south for the 2016 Home Education Expo in Chattanooga, Tennessee. Our company has been at this expo every year since 2000. Because of our travels to homeschool events, Ray and I have local friends and on-the-road friends. This fair is pretty close to home, so here we get to see some of both at the same time. That explains the joy.

The bit of trepidation came from the memory of the events that occurred in Chattanooga on the Thursday before the expo last year. A mass shooter killed four Marines at two different locations that day. This year we saw flags flying at half-mast  in honor of the police officers killed recently in Dallas. Those flags served as an eerie reminder of both tragedies.

Two homeschool graduates who work with us joined us in Chattanooga for the weekend.

After we set up our booth on Friday, we four went to Chattanooga’s North Shore for food and fun. We savored hot dogs hand-cased in-house at Good Dog, . . .

. . . peeked in on the hand-carved animals at the 1894 carousel in Coolidge Park (the park is named for 95-year-old World War II Medal of Honor recipient Charles Coolidge), and walked across the Walnut Street Pedestrian Bridge to the southern bank of the Tennessee River. 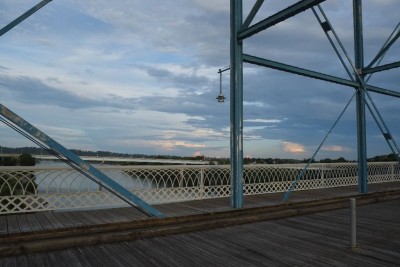 Great pillars rose up from the bed of the river to support the bridge and . . . 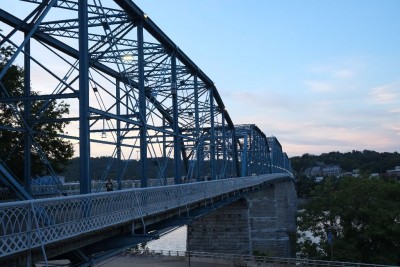 . . . an impressive underpinning extended across land far from shore. 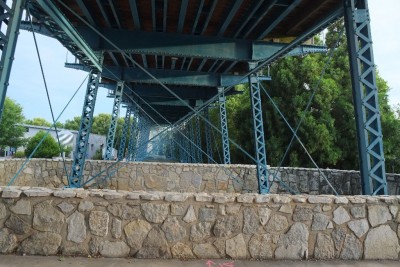 The Walnut Street Bridge has stood since 1890. 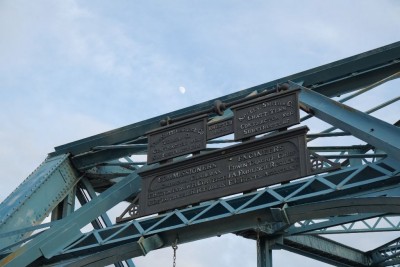 The love you show, the care you give, the teaching you impart, and the godly choices you exhibit before your children today are stones and beams in the firm foundation you are building for your family. Every godly sacrifice you make today is worth it.

A firm foundation built on Jesus Christ is able to withstand any outside force that slams against it.

Therefore everyone who hears these words of Mine
and acts on them,
may be compared to a wise man
who built his house on the rock.
And the rain fell,
and the floods came,
and the winds blew
and slammed against that house;
and yet it did not fall,
for it had been founded on the rock.
Matthew 7:24-25