As we stood in Point Park on our first morning in Pittsburgh, we saw the Tribute to Children on the opposite shore of the Allegheny River. A statue of Mister Rogers sits inside its oval opening. 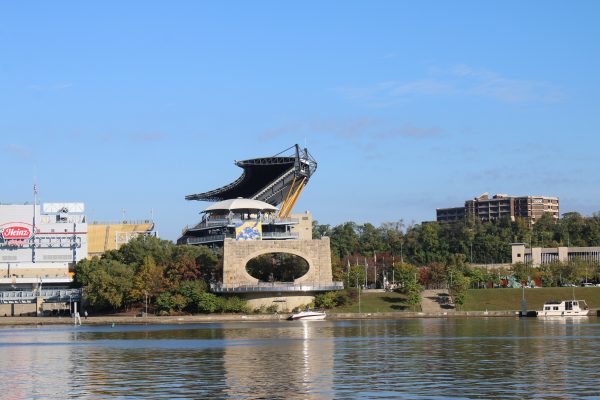 Cordelia S. May was a lifelong friend of Fred Rogers and his wife Joanne. She was a devoted philanthropist. When Fred Rogers died, May wanted to erect a monument in his honor. She chose a location where everyone could be reminded of his messages. Speakers inside the monument play songs that Mister Rogers composed and sang on Mister Rogers’ Neighborhood. The Tribute to Children stands beside Heinz Field, home of the Pittsburgh Steelers and the University of Pittsburgh Panthers. That location makes it visible to those who see this area of Pittsburgh in person and to those who see it on television. 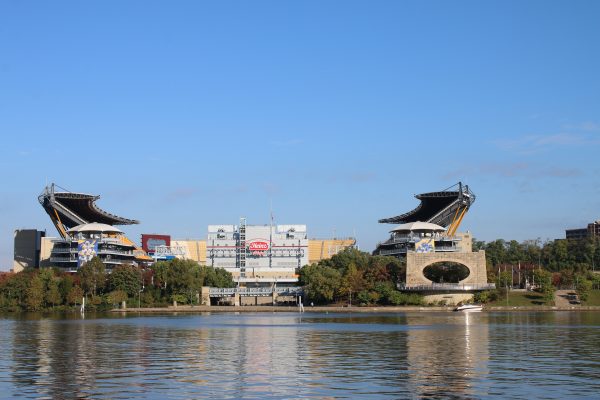 May chose Robert Berks to create the statue. Berks was one of Fred Rogers’ favorite sculptors. May passed away in 2005, but she made sure that the City of Pittsburgh will never need to pay for maintenance. The Colcom Foundation which May founded in 1996 is responsible for maintaining it.

At the end of our first full day in Pittsburgh, we drove to the north side of the Allegheny River and visited the Tribute to Children. 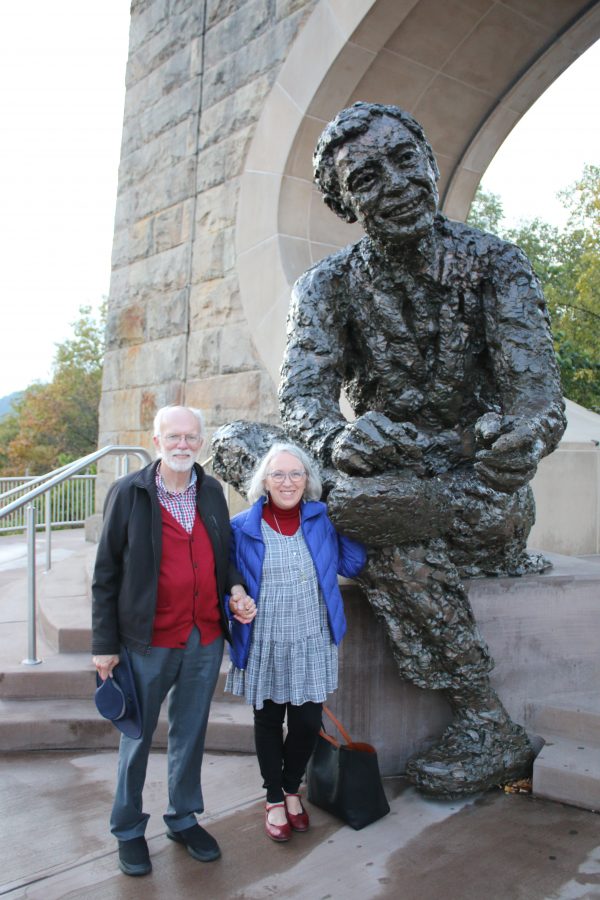 This is the view as you walk up to the monument from behind. 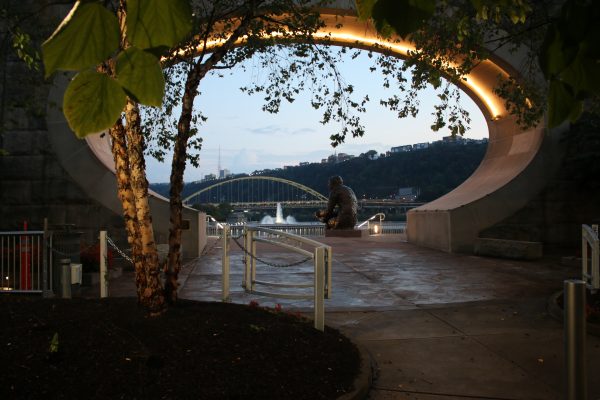 And this is the view of the city from near the monument. 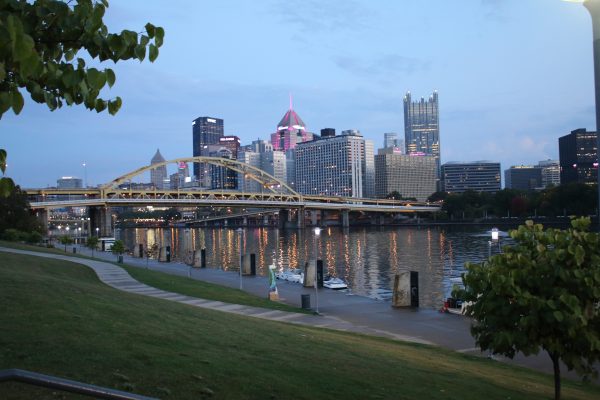 This post began with a morning view of the monument from Point Park on the south side of the Allegheny River. This is a view of Point Park late in the afternoon from the north side of the river. 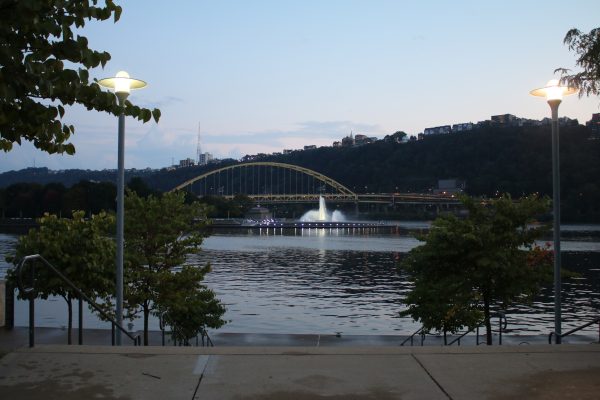 Before we traveled to Pittsburgh, I saw photographs of the Fred Rogers statue inside the Tribute of Children. I confess that I was not impressed with the photos. However, after I saw the statue in person, learned the history behind it, and learned its purpose, I changed my point of view.

Changing our point of view is often very difficult. We humans have a hard time letting go of our opinions. My opinion about a statue in Pittsburgh is of little consequence, but sometimes our opinions give us an awful lot of trouble. That is when opinions cause conflicts between people.

During a recent trip home from town, I saw two deer in a field. The deer were quite close together and facing each other, both with their heads down. It appeared that they were just about to start butting heads. Maybe this is obvious, but that moment was my first realization that the phrase “butting heads” must come from that animal behavior. The realization certainly makes human head butting seem pretty silly and pretty unwise, too. Still, it is, as you know, a very hard lesson to teach our children and a very hard lesson to learn ourselves.

God inspired Paul to write this to the Christians at Philippi:

Do nothing from selfishness or empty conceit,
but with humility consider one another
as more important than yourselves;
do not merely look out for your own personal interests,
but also for the interests of others.
Philippians 2:3-4 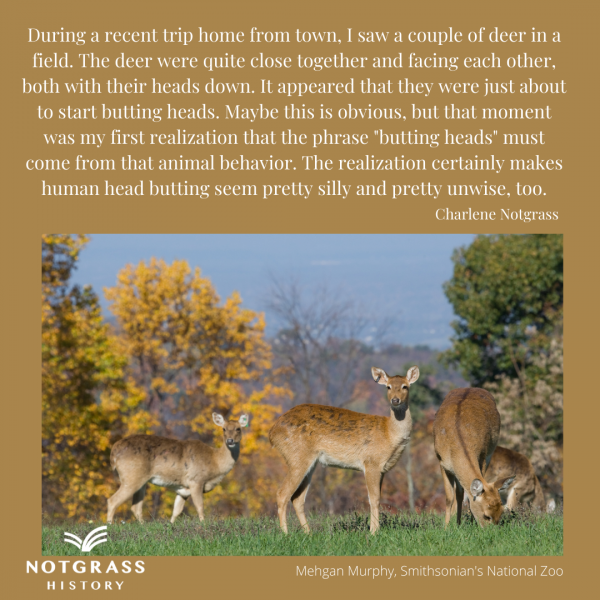