During one day of our trip to French settlements in Missouri and Illinois, we visited Kaskaskia Island, the remains of Fort Kaskaskia, . . . 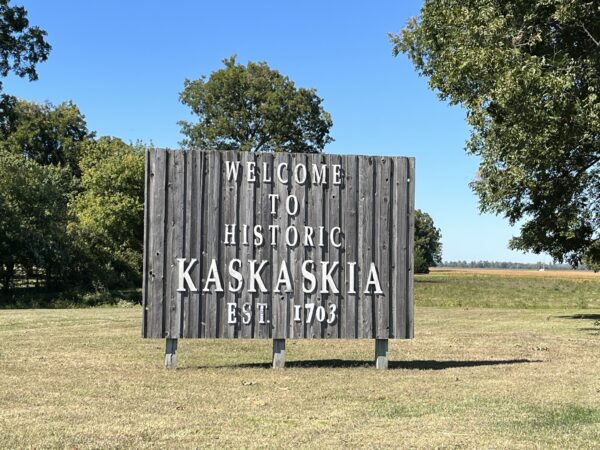 Let me share some background about the significance of the history of Kaskaskia and about why the Timothy Demonbreun Heritage Society visited there.

In the late 1600s, the Kaskaskia Nation lived in what is now Illinois. In 1673 Jesuit missionary Jacque Marquette and French fur trader Louis Joliet traveled south from New France in what is now Canada. These two Frenchmen, Marquette who was born in France, and Joliet who was born in New France, planned to explore from the Great Lakes to the Gulf of Mexico. However, when they got to what is now Arkansas, members of the Quapaw Nation warned them that Spanish colonists occupied the area further south. Therefore, Marquette and Joliet returned to Canada.

With the information that Marquette and Joliet learned, more French explorers followed and the French began to build forts along the river. In 1703 Jesuit missionaries founded a mission near the Kaskaskia River and the place where that river flows into the Mississippi River. The mission was on the eastern side of the Mississippi River. They built its first building, a chapel. The village grew to include a small number of native people and 12 French settlers. By 1718, the village had a new chapel called the Church of the Immaculate Conception. The town became a French trading post where fur trappers and settlers traded with members of native nations. The population grew and in 1725 the French incorporated the town of Kaskaskia. In 1733 they built Fort Kaskaskia.

In 1741 King Louis XV of France gave the church a large bell, which he had cast in France. After the bell arrived at the Gulf of Mexico, it took two years for French colonists to move it up the Mississippi River to Kaskaskia. 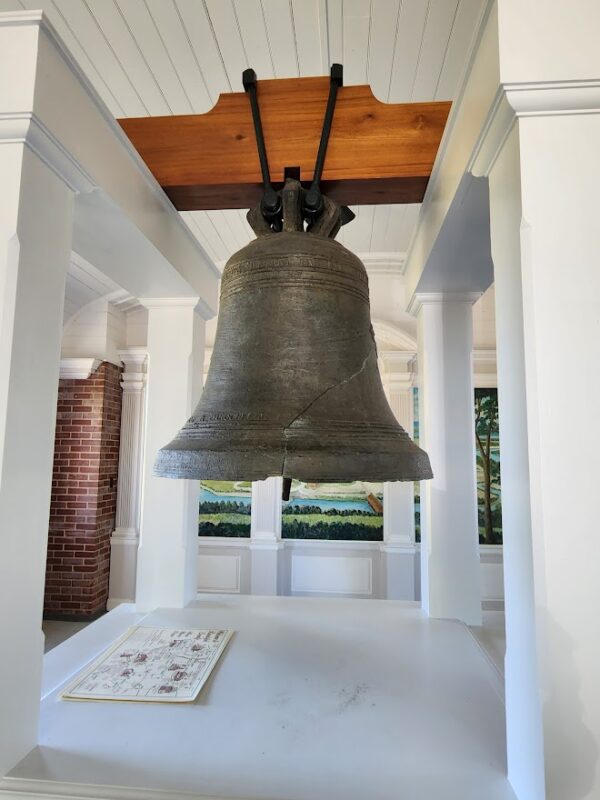 In 1763 the French lost the French and Indian War and thus their claims to land in North America (they did gain the area now known as the Louisiana Territory for a brief period in 1802, and later sold it to America in 1803 as the Louisiana Purchase, but that is another story). By the time of the American Revolution, the British had taken over Fort Kaskaskia. In 1778, two years after the signing of the Declaration of Independence, American George Rogers Clark fought the British in what is now Indiana. He and his men marched to Kaskaskia, arriving on July 4, 1778. They captured Fort Kaskaskia from the British. Clark assured the French residents of Kaskaskia that they were safe and free. In celebration, residents rang the church bell King Louis XV had given them. Because of this event, the bell now has the nickname, “Liberty Bell of the West.”

My ancestor Timothy Demonbreun left Canada after the French and Indian War and moved to Kaskaskia.

Demonbreun served in the American Revolution with George Rogers Clark. For three years, he served as lieutenant governor of the Northwest Territory which included the land west of Pennsylvania, east of the Mississippi River, south of the Great Lakes, and north of the Ohio River. A portion of that land became Illinois in 1809. Kaskaskia served as the first state capital of Illinois.

By this time, Demonbreun was a permanent resident of the new town of Nashville, Tennessee. When Revolutionary War hero the Marquis de Lafayette traveled to the United States in 1825 from his home country of France, he visited Kaskaskia. Lafayette also visited Nashville during that trip. Timothy Demonbreun was present at a dinner held in Lafayette’s honor in Nashville. 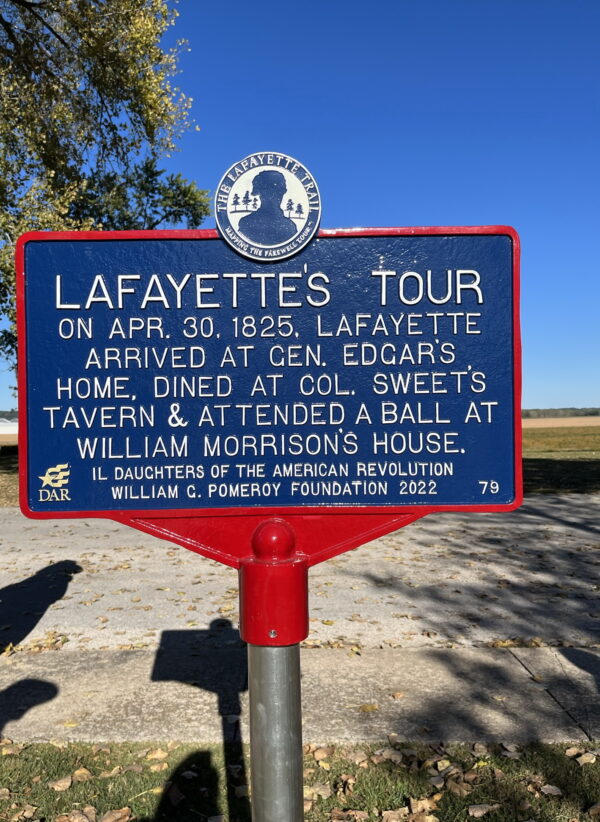 Residents moved three original buildings from the original site of the town to a new town site. These buildings are still standing. They are the Church of the Immaculate Conception, . . . 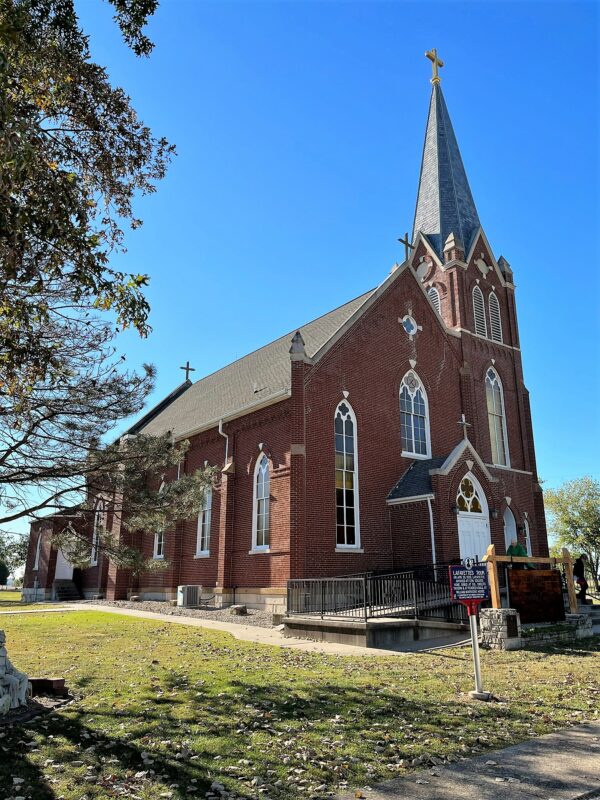 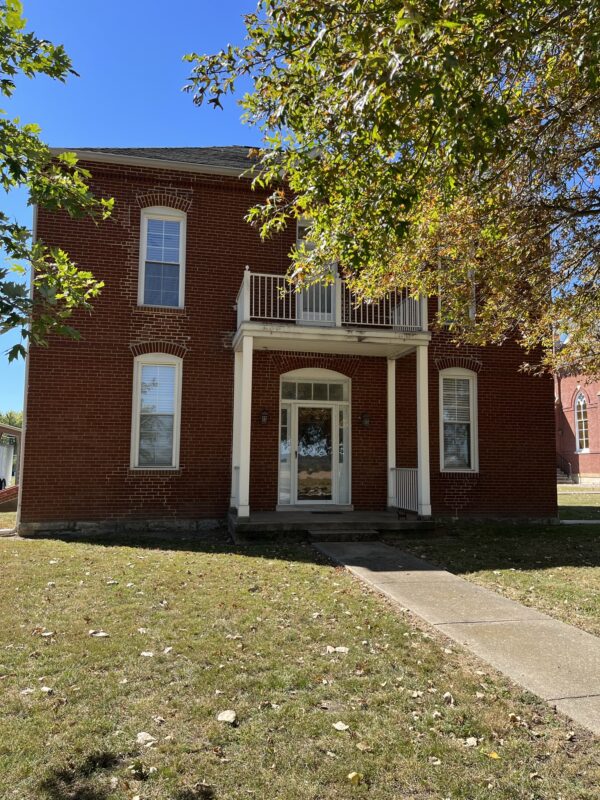 and the county courthouse. After the town of Kaskaskia moved to its present location, the courthouse became a school. Today it is the fellowship hall of the church. 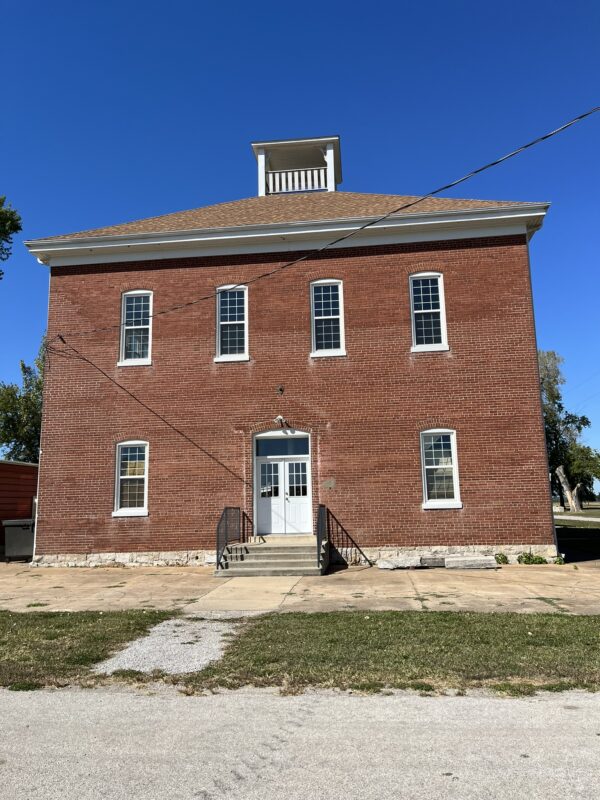 The Liberty Bell of the West was originally housed in the church. However, in the mid-20th century, the state of Illinois built a shrine to house the bell, so that tourists could visit it easily. This shrine is pictured below. 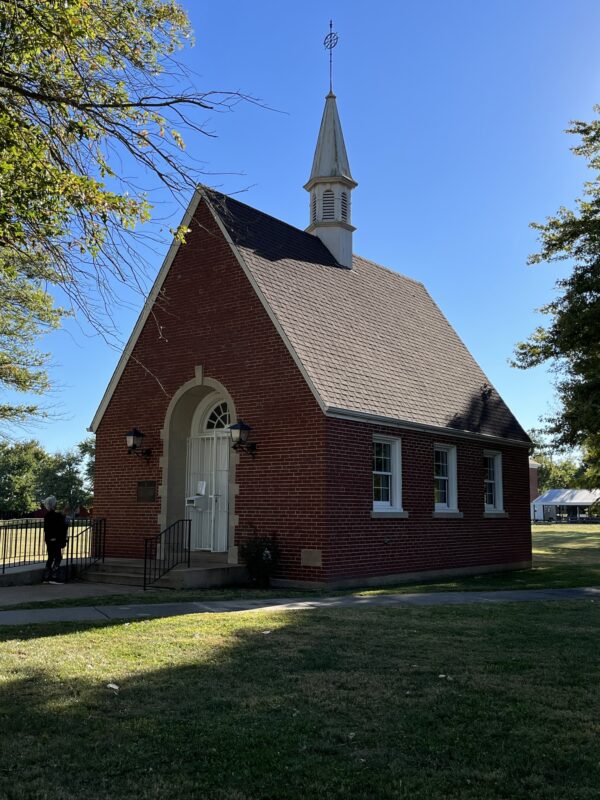 Praise God for the liberty He offers to each of us and our children.

So I will keep Your law continually,
Forever and ever.
And I will walk at liberty,
For I seek Your precepts.
Psalm 119:44-45