Beneath our feet in the Fort Worth Stockyards Historic District were star plaques of the Texas Trail of Fame, including an actor . . . 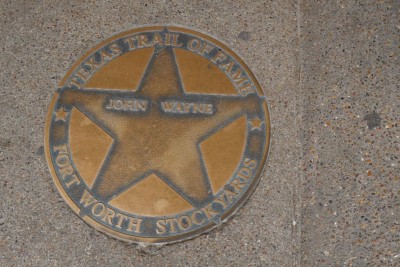 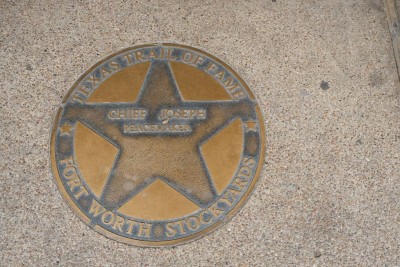 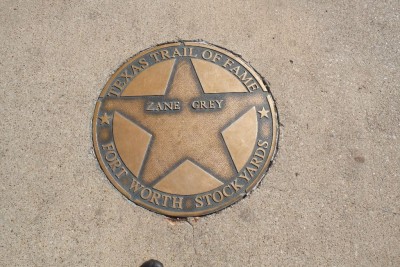 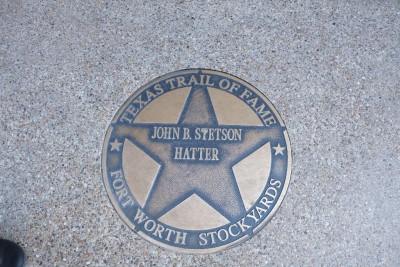 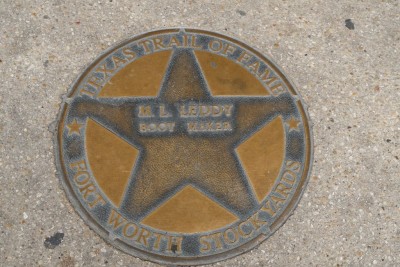 Mr. Leddy’s star was just outside his historic storefront. 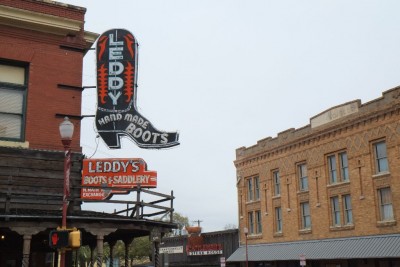 I looked forward to visiting the store because M. L. Leddy was the great-uncle of our friend Terry who was traveling with us along with her husband Garth. M. L.’s brother and Terry’s grandfather died when her dad was a little boy, so she never met her grandfather. Her first introduction to this branch of the family was when she and Garth visited Leddy Boots about a year ago.

We stepped onto the beautiful tiled corner porch and went inside. 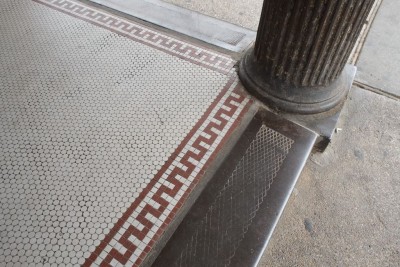 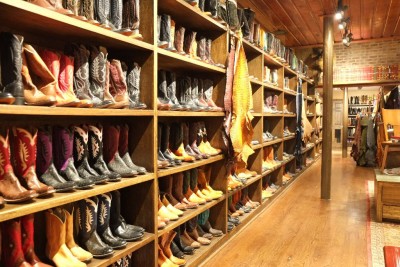 and boots for boys and girls. 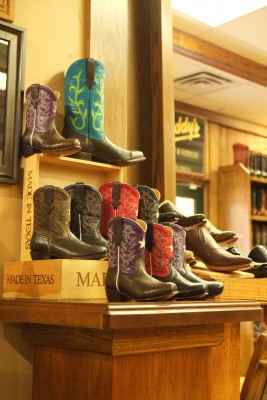 M. L. Leddy and his brothers began making boots and saddles for Texas cowboys in 1922. 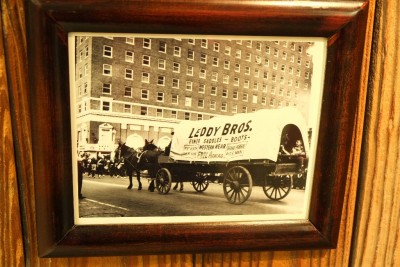 M. L.’s grandson who runs the company today continues the tradition of quality his grandfather and great-uncles began. 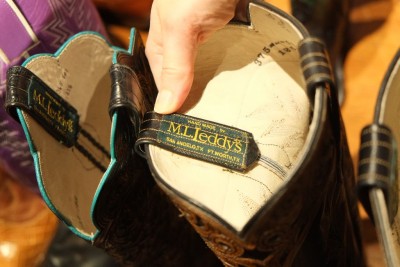 Customers today can walk into the store and purchase a pair of M. L. Leddy boots right in the store. 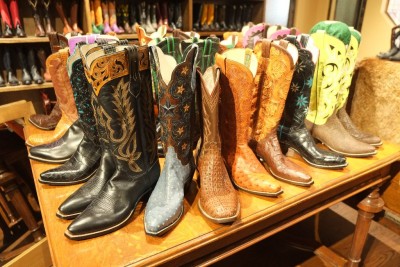 They can also do what George W. Bush and thousands of other people, including many other famous ones, have done for almost a century — they can have a pair of boots handmade especially for them. The store contained scores of books with records of boots that Leddy Boots has made. 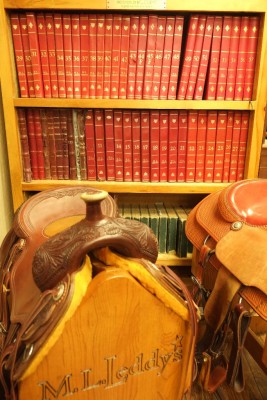 Garth, Terry, Ray, and I had a fun chat with an employee who has a unique job. He draws the outlines of people’s feet on the pages of these books, so that their boots can fit them perfectly. Here he is holding a special book they keep for famous people. 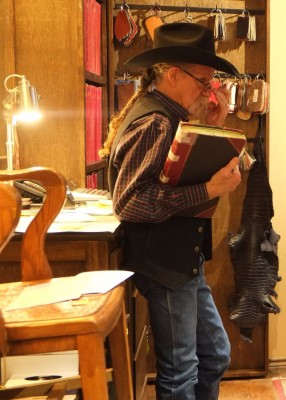 He let us look over his shoulder as he turned page after page, showing us the outlines of the feet of famous politicians, actors, race car drivers, and sports figures, along with notes about their boots. 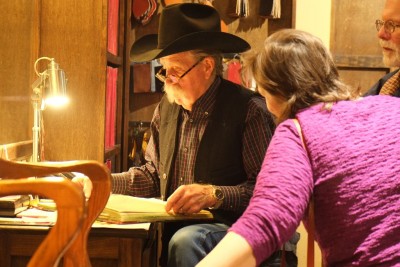 For almost two decades, this man has been tracing people’s feet. It must be exciting to meet famous people, but that probably doesn’t happen every day. What do you suppose he thinks about as he places a book under someone’s feet and begins to trace an outline of each foot? One thing is for sure — it is a multi-sensory experience! It could also be a wonderful reminder of what Jesus did for people while His feet walked on earth.

And large crowds came to Him,
bringing with them those who were lame, crippled, blind, mute, and many others,
and they laid them down at His feet;
and He healed them.
Matthew 15:30

Then He poured water into the basin,
and began to wash the disciples’ feet
and to wipe them with the towel with which He was girded.
John 13:5