I’m a history writer, but you can be sure that does not mean that I carry around in my head every history fact I tell. I’ve been contemplating this blog post for a few days. When I sat down to write it last night, I did what I have to do so often — I looked up facts to be sure.

What I looked up is probably known by just about every fifth grader, but it’s been a long time since I was in fifth grade. I thought I was right, but I looked it up to be sure. Yes, I was right. It was Isaac Newton who wrote about the law of gravity. I’m glad I checked to be sure though, because what I found was fascinating.

I have heard for decades the story of Isaac Newton and the apple that fell from a tree. I have also heard that it just might not be true. What I found out last night was that it most probably is true after all. Read this firsthand account by William Stukeley in his Memoirs of Sir Isaac Newton, published in 1752. The spelling and punctuation and capitalization are original. The notes in [ ] are mine.

on 15 April 1726 I paid a visit to Sir Isaac, at his lodgings in Orbels buildings, Kensington: din’d with him, & spent the whole day with him, alone [that must have been fabulous] . . . .

. . . after dinner, the weather being warm, we went into the garden, & drank thea [I guess that must have been tea] under the shade of some appletrees, only he, & myself. amidst other discourse, he told me, he was just in the same situation, as when formerly, the notion of gravitation came into his mind. “why should that apple always descend perpendicularly to the ground,” thought he to him self: occasion’d by the fall of an apple, as he sat in a comtemplative mood: “why should it not go sideways, or upwards? but constantly to the earths centre? assuredly, the reason is, that the earth draws it. there must be a drawing power in matter. & the sum of the drawing power in the matter of the earth must be in the earths center, not in any side of the earth. therefore dos this apple fall perpendicularly, or toward the center. if matter thus draws matter; it must be in proportion of its quantity. therefore the apple draws the earth, as well as the earth draws the apple.” 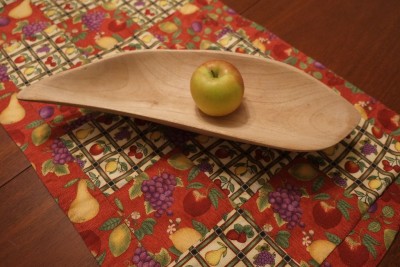 Well, there you have it. It really did happen that way. At least that’s what Sir Isaac Newton himself told his biographer.

If a parent tells a child to come to her, the child needs to know that she absolutely must come to the parent. If the parent enforces that sometimes and doesn’t enforce it at other times, then the child is confused. Naturally, she will try to find out if the parent really means what she says.

God’s gravity is firm. His promises are firm, too. When God promised Abraham that he would have an heir, he was:

Our children need to be fully assured that we mean what we say, too. There is real security in that.