After watching her fulfill her role so beautifully since he was a small child, he has now stepped into that role himself. He has committed himself to keeping the same promise that his mother gave to her people on her 21st birthday. Let’s look at that promise again:

I declare before you all that my whole life whether it be long or short shall be devoted to your service and the service of our great imperial family to which we all belong.

In his first speech after his mother’s death, the king stated that he shares his mother’s faith. The Archbishop of Canterbury confirmed King Charles’ Christian faith during Queen Elizabeth’s funeral.

At the end of the funeral, the mourners sang “God Save the King”:

Thy choicest gifts in store
On him be pleased to pour.
Long may he reign.
May he defend our laws,
And ever give us cause
To sing with heart and voice:
God save the king.

That song symbolized the transfer of responsibility from the Queen to her son. Reporters on the channel Ray and I were watching commented that the king was also taking on the role of head of the royal family.

At the age of 73, King Charles has completed one of history’s longest apprenticeships. This visit with Ronald Reagan in 1981 was part of the apprenticeship.

He had a long time to learn how to fulfill his new roles. He has been blessed to hear his mother’s teaching and see her example for seven decades.

Queen Elizabeth is a famous example of doing what each of you is doing. She trained her son how to fulfill his role in the world. You are doing that for your children.

Solomon gave us a beautiful word picture about a parent’s teaching and its impact. I like to picture King Charles remembering his mother’s teachings as he takes on more and more of her responsibilities over the years to come.

My son, observe the commandment of your father
And do not forsake the teaching of your mother;
Bind them continually on your heart;
Tie them around your neck.
When you walk about, they will guide you;
When you sleep, they will watch over you;
And when you awake, they will talk to you.
Proverbs 6:20-22 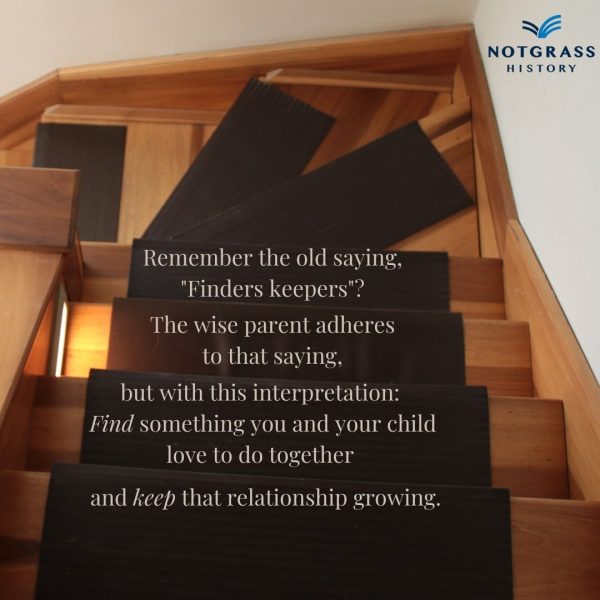