Jamie Harris Coleman was born in 1893 in Mayfield, Kentucky. By the time she was nine years old, she showed that she had a talent for poetry.

Jamie’s mother passed away when she was fourteen years old. After her father became ill, her two older sisters brought her to live in Louisville. Jamie soon had to give up going to school so that she could go to work to help provide for her younger brother and sister. Young Jamie was sorry to leave school, but she later completed her education at night school.

In 1918 Jamie Harris Coleman published a book of poetry, titled simply Poems. Coleman’s poems often had Christian themes with titles such as “The Cross of Calvary” and “The Artist Above.” Coleman also wrote about equality between the races with titles such as “To the Memory of Booker T. Washington,” “Emancipation,” and “No Prejudice in Heaven.”

No Prejudice in Heaven

There’ll be no prejudice shown in heaven,
All will have robes as white as snow;
Some may have, a crown more starry,
For the service rendered here below.

Together around the heavenly throne,
Praising the Father and the Son;
Every race shall be represented,
Singing sweetly, “Thy will be done.”

There’ll be no back seat for the Negro,
Prejudice cannot reach that shore;
Love, peace and tranquility,
Will be the joys forevermore.

Jim-crowism shall be forgotten,
Justice be given to everyone;
All alike will be Saints of Glory,
Praising the Father and the Son.

No race shall be called superior,
For we all were made alike;
God has no respect to person,
Be he black or be he white.

The streets are gold and the gates are pearl,
Yet Segregation is not there;
No one ever scorns another,
But in loving communion the joys they share.

The rich, the poor, the black, the white,
He died for every one;
The lowest can be cleansed and saved,
By believing on the Son.

Give thanks unto the Savior,
His joyous praises sing;
In the ears of every Christian
Let the name of Jesus ring.

Give thanks to Him each morning,
Give thanks at noon and night.
Ask Him for daily blessings,
And stand up for the right.

Let each day be Thanksgiving,
For the blessings from above,
For guidance and protection
And His eternal love.

Jamie Harris Coleman is right: Thanksgiving should be every day. 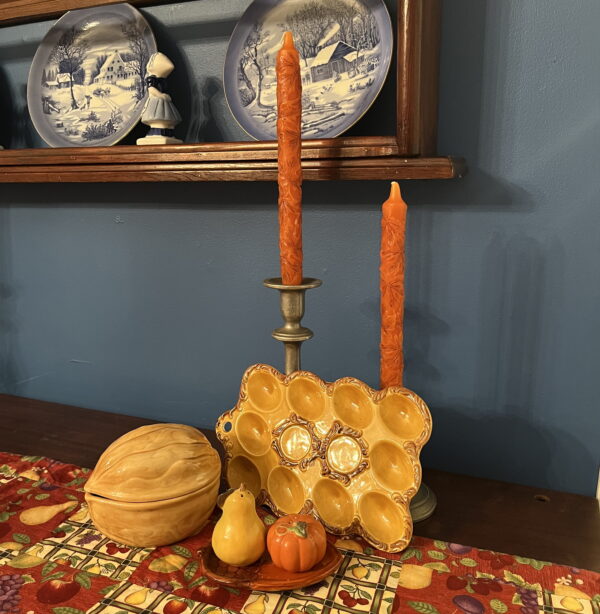 Devote yourselves to prayer,
keeping alert in it with an attitude
of thanksgiving . . .
Colossians 4:2