Our cow neighbors who live across the road from us have been acting differently since Sunday. That day they were standing as a group in water up to their ankles. Having never been in a family who owned a cow, I am not well-versed in cow behavior, but they certainly looked as if they were gleeful when the water went down. They were galloping across the field on Sunday afternoon, if cows can gallop, that is.

Since then they have been hanging out much nearer our house than usual. They were hugging the fence yesterday afternoon. They just seem so . . . well, happy! 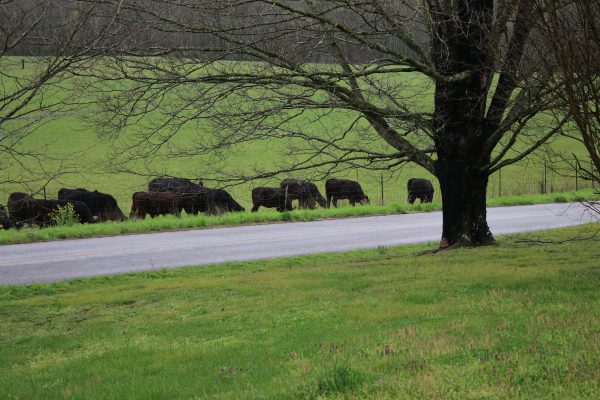 Grownups and children, too, sometimes behave differently than they usually do when they have been through an out-of-the-ordinary experience. For the last few days, I’ve been researching and writing about the attacks on September 11, 2001, when terrorists used four commercial jetliners as weapons against American targets. At our online Notgrass meeting the other day, I asked our team members to tell their memories of 9/11.

One team member was about 7 years old in 2001. He and his dad went to Walmart that morning. At the time that one of the Twin Towers fell down, he and his dad were near Walmart’s electronics department. He remembers watching the event on multiple television screens while other customers were gathered around watching it, too.

Our son-in-law went outside after a college class that day and saw smoke from a fire in a neighboring county. He wondered if terrorists had attacked Nashville.

Our team members who are the parents of four children told about their children’s reaction a few months later. Their children were so young that the parents didn’t know how much of the news they had even taken in. At the time, the dad was traveling often and would be gone for a few days at a time. Those trips were always by car and the kids seemed to take them in stride. However, several months after the attack, Daddy was to go on a mission trip and this time the trip was by air. The frightened children begged Daddy to promise that he would come back home.

A plan in the heart of a person is like deep water,
But a person of understanding draws it out.
Proverbs 20:5