Many parents consider homeschooling, believing it is a good way to center their children’s education in God’s will, but some get waylaid along the way. Jesus told a parable about four kinds of soil in Mark 4:1-20. His parable is often called the parable of the sower. It is my inspiration for this homeschool “parable.” 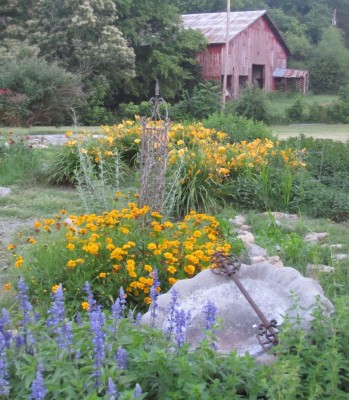 A parent heard about homeschooling, but gave up the idea before ever even giving it a try.

A parent began to homeschool enthusiastically, but when she encountered challenges, she gave up.

A parent began to homeschool with both a deep commitment and enthusiasm, but, as she homeschooled year after year, she worried about whether she could provide what the world said she should provide her children, especially when she looked ahead to high school. She started missing the large amount of expendable income she once enjoyed when her children were in school and she worked full-time.

Precious Mother, you have been homeschooling for several months now during this school year and perhaps for several years before that. Are you tired? Are you tempted to let thorns get in your way?

Parents use a variety of ways to encourage their children to live their lives for God. Our personal experiences have taught us that homeschooling is an excellent way. Ray and I tried homeschooling, public school, and a private Christian school in a sincere attempt to rear godly children. When we finally relaxed and made homeschooling a part of who we were as a family, instead of a burden we strapped on, we became convinced that if we could have the opportunity to rear our children again, we would have never educated them in any other way than homeschooling. It is with a heart of understanding and compassion that I share this “parable” with you today.

The things that got in the way of living a Christian life in the parable of the soils were rocks and thorns–neither of which are welcome when someone is trying to grow things. It may help you to throw away some heavy rocks, such as curriculum that just doesn’t work for your family or activities that are more burdens than blessings or fear about what other people think about the way you homeschool. Perhaps you need to weed out some thorns. Maybe you need to accept prayerfully and gratefully that God is blessing your homeschool with a thirty-fold yield instead of worrying because your children’s yield is not one hundred.

I love you and admire you. I trust your ability to throw out any rocks and thorns that may have gotten in your way. I know God is for you, so who can be against you?

What then shall we say to these things?
If God is for us, who is against us?
Romans 8:31