In 1915 Mrs. J.G. Kossman and Mrs. Coral Bauman were photographed with prize winning dogs and trophies. The information at Library of Congress is sketchy, but I assume they were the owners of these prize-winning dogs. 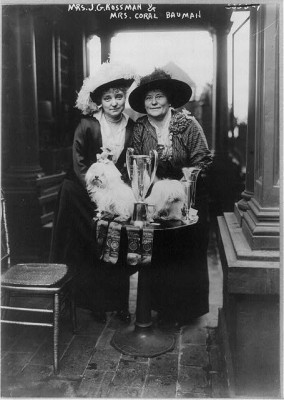 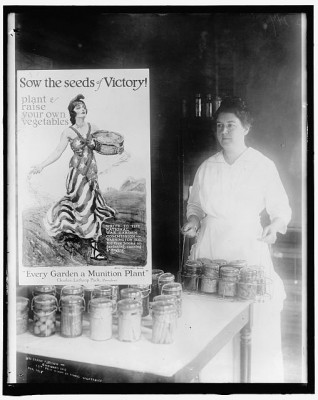 About that same time, Mrs. Ada Schilling, at just 4’11”, was winning trophies in shooting. 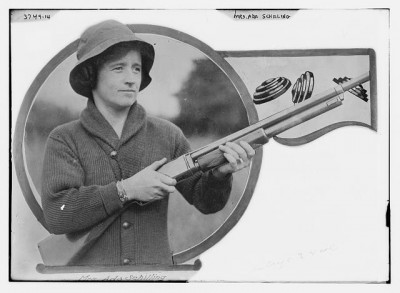 In 1935 Miss Margaret S. Spencer (second from right below), a 37-year-old school teacher from Dallas, Texas, won $10,000 in an essay contest. To her right is Mrs. Franklin Roosevelt. 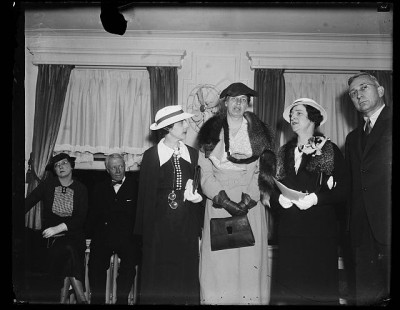 In 1938 President Roosevelt awarded $500 to Miss Frances Babin, a senior at South Side High School in Memphis, Tennessee, for her winning entry in an essay contest. 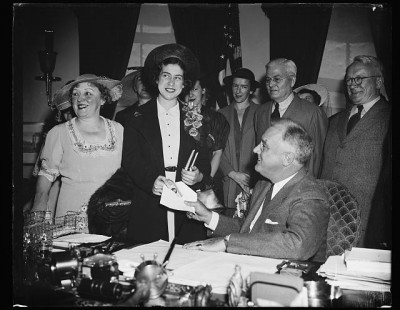 Also in 1938, Mrs. William M. Mann and her husband (who was the director of the National Zoological Park and is standing to her left) received a National Geographic Society Award and $1000 in prize money for their work on a biological expedition in the Caribbean. 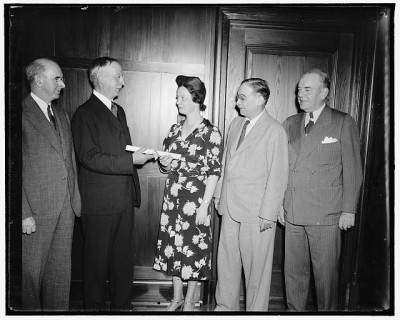 At the commencement for a public speaking class for wives of congressmen, Mrs. Will M. Whittington (left), the wife of a Mississippi congressman, received the award as best speaker. Her prize was a “book of fine speeches.” 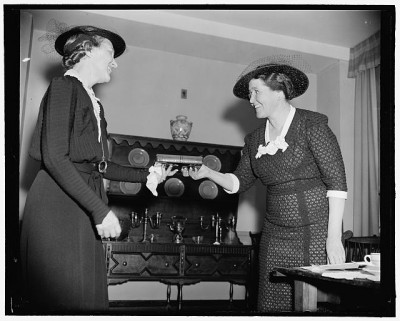 In 1942 a Mrs. Saugstad of Vernon County, Wisconsin won a milking contest. 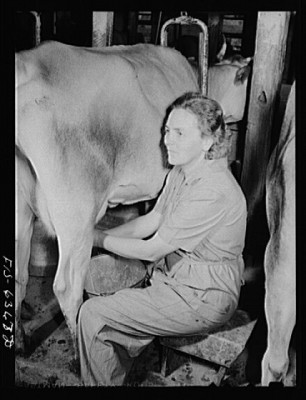 I was thinking about all of you yesterday as I was getting ready for the day. I thought of all the tasks you do for your families all the time. Many times they may seem to be thankless tasks. Many times it may seem that no one even knows that you did them. If your children are very young, many tasks may be undone almost as soon as you have finished. And you’re certainly not in Washington to receive an award from the president or the National Geographic Society — even though what you are doing is so much more important than what any of these women were doing.

But when you give to the poor,
do not let your left hand know what your right hand is doing,
so that your giving will be in secret;
and your Father who sees what is done in secret will reward you.
Matthew 6:3-4

God sees what you do in secret, too.