Tiny Lancaster, Tennessee (population approximately 363), hosts a 4th of July celebration each year on the Sunday evening before the 4th. 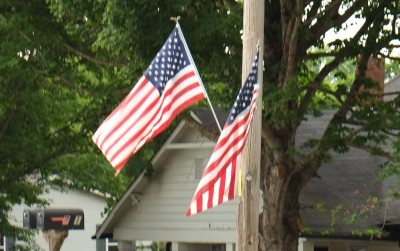 Ray and I are grateful that friends learned about it a few years ago. Now we joyfully drive an hour away for the festivities. This year’s parade began as always with “Paul Revere” riding down the street. Following him were George Washington, Betsy Ross, . . . 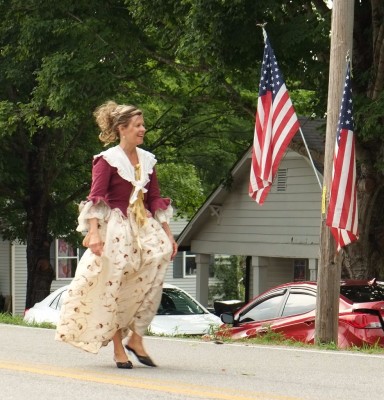 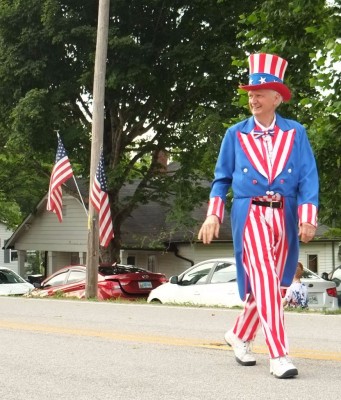 . . . and other historic figures; two fire trucks; a handful of current and aspiring public officials; representatives from Tennessee state parks and the Corps of Engineers; four goats on a trailer; a Chevy very much like the one Ray had when he and I got married with a poster board sign reading “God Bless the USA,” a wonderful patriotic float with Thomas Jefferson quoting the Declaration of Independence by heart with a wonderful Southern drawl, . . . 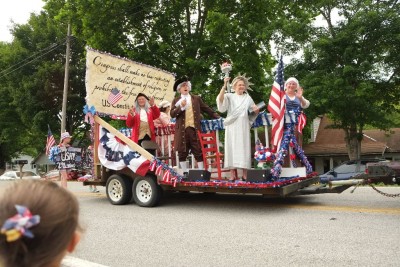 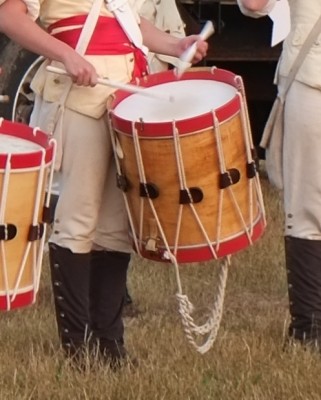 . . . and two public school marching bands, one from nearby Trousdale County and one from Minnesota!

People on some floats threw candy to the children and the Daughters of the American Revolution gave them flags. 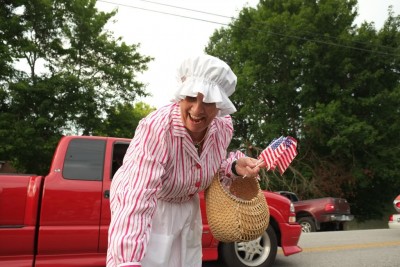 Ray and I came home grateful for the parade, for the beautiful fireworks show, for the expressions of deep Christian faith from onstage, for the volunteers (including those who made real homemade ice cream batch after batch in home ice cream freezers), and for peaceful Americans celebrating together in tiny Lancaster.

First of all, then,
I urge that entreaties and prayers,
petitions and thanksgivings,
be made on behalf of all men,
for kings and all who are in authority,
so that we may lead a tranquil and quiet life
in all godliness and dignity.
1 Timothy 2:1-2