Ray’s daddy loved to watch television. On Tuesday, September 11, 2001, he was watching the Today Show on NBC on the small television in his room across the hall from Ray’s and mine. I had stopped by for a visit when I saw the report of the first airplane hitting the World Trade Center in New York City. Soon we were all standing there in disbelief as we watched another plane hit the WTC.

Our daughter Mary Evelyn had graduated from homeschool the previous spring. Needless to say, we didn’t get to use the plane tickets we had purchased to fly to Seattle on Friday, September 14, for her senior trip. So much for our planned excursion to southern Alaska by ferry.

As we navigated those first few days of life after 9-11, we began to see God bless America and God bless the USA signs on business after business. Like millions of other Americans, we prayed.

We had a very different September 11 this past Saturday. We peacefully and joyfully celebrated the eighth birthday of one of our grandsons. Ray and I got up early and drove 35 minutes to Cookeville to pick up doughnuts at Ralph’s. As we walked from the car to the shop, we suddenly heard a siren. We stopped on the sidewalk and looked back at the flashing blue light of a police motorcycle coming down the street. We watched it drive on to the end of the street, wondering what was calling the policeman to a duty in that early morning hour. As we continued to the door of Ralph’s, we both jumped as we heard a second siren a few feet behind us. We turned to see a police car. Then, we understood. Behind the second police car were dozens of bicyclists. 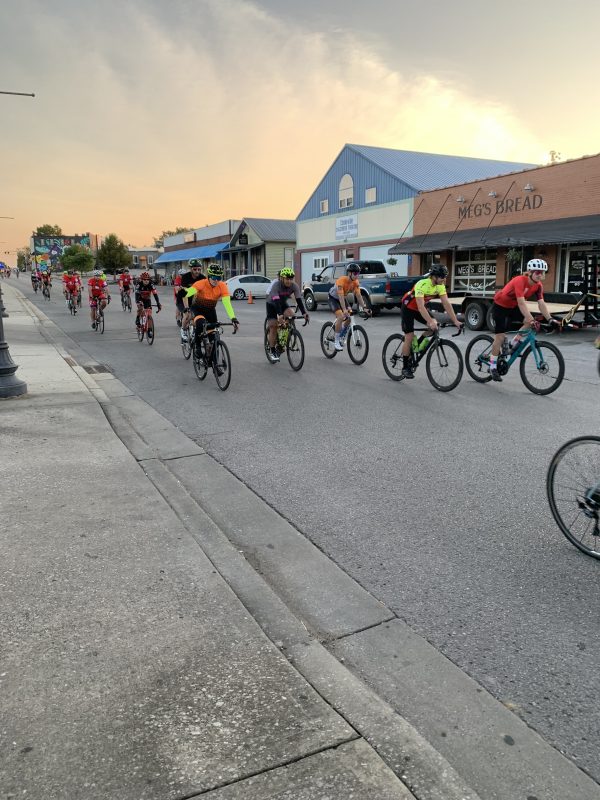 We watched a minute and then walked into Ralph’s to choose doughnuts for a birthday breakfast with our grandson and for the Notgrass team members who volunteered to work in the busy, busy warehouse on their day off.

As we left Ralph’s, I noticed the early morning sun on the beautiful historic neon sign across from the Cookeville Depot Museum. 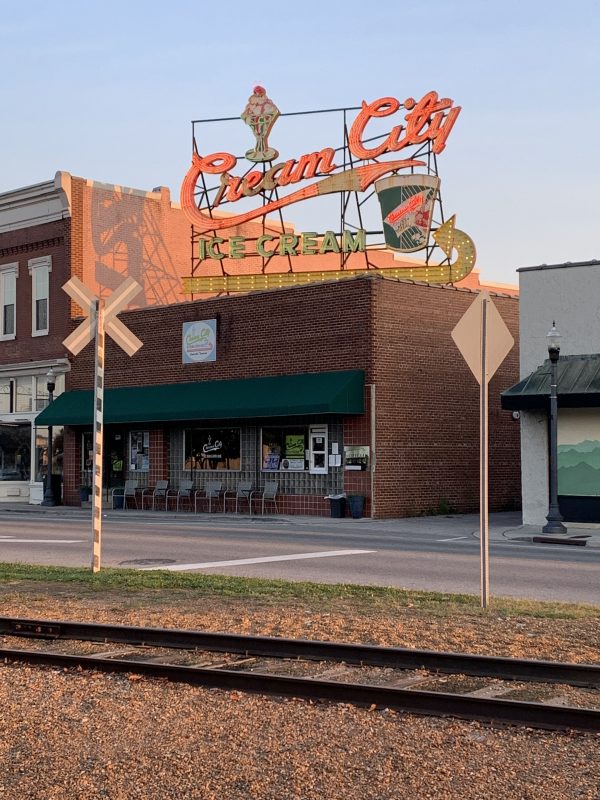 When we crossed a bridge near our home, the sun shone through the fog and reflected on the water. 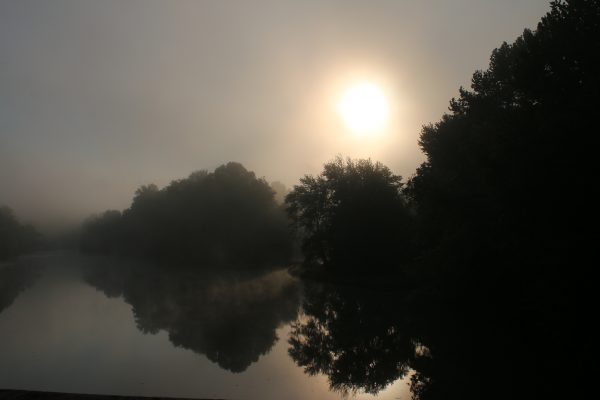 Soon two deer bounded across the road and into a field. 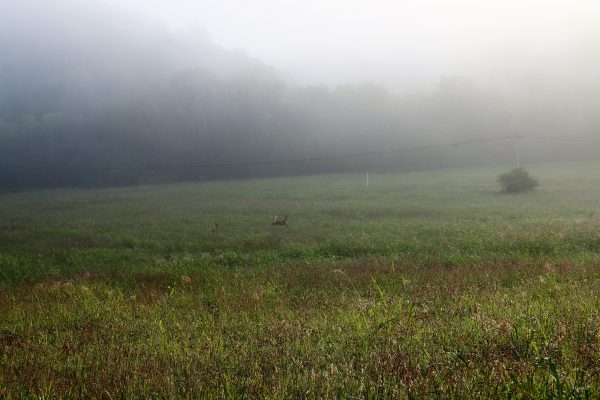 Across the road, morning glories bloomed on the fence row. 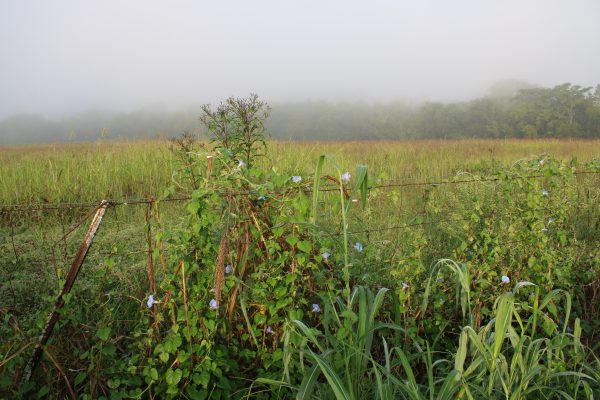 We dropped doughnuts off at the warehouse and drove to our grandson’s birthday breakfast. The next picture will illustrate why it’s worth driving an hour and ten minutes round trip to get Ralph’s. 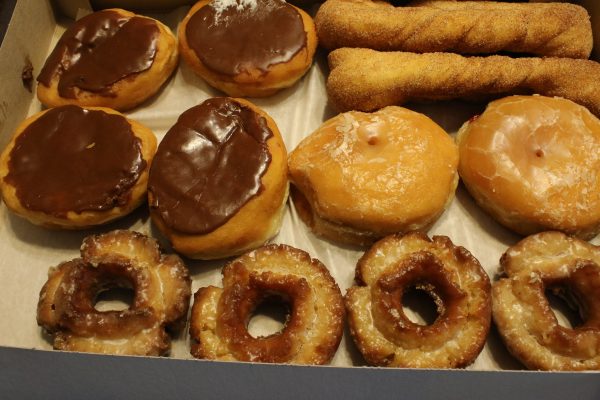 This is the third time in a row that I have ended with the same passage of scripture. The reason that I chose it for this morning is because many Americans prayed after 9-11. So did people around the world who empathized with us in our horrific tragedy.

I know that your Saturday, September 11, 2021, may have been very different from ours. It may have been a painful day, even a tragic day. If this was true for you, I am very sorry. Our friend, who is a homeschool dad of eight, was at home on oxygen on Saturday, suffering from severe COVID pneumonia in both lungs. Thirteen American families were grieving over the loss of their beloved Marines who died recently in Afghanistan. Bad things continue to happen. Good things continue to happen.

Terrorists did not attack New York City on September 11, 2021, and for that we are deeply grateful.

First of all, then, I urge that requests, prayers,
intercession, and thanksgiving
be made in behalf of all people,
for kings and all who are in authority,
so that we may lead a tranquil and quiet life
in all godliness and dignity.
1 Timothy 2:1-2 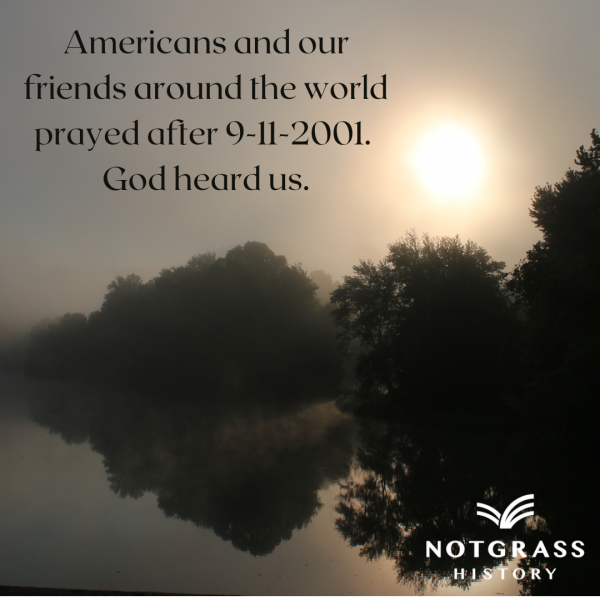